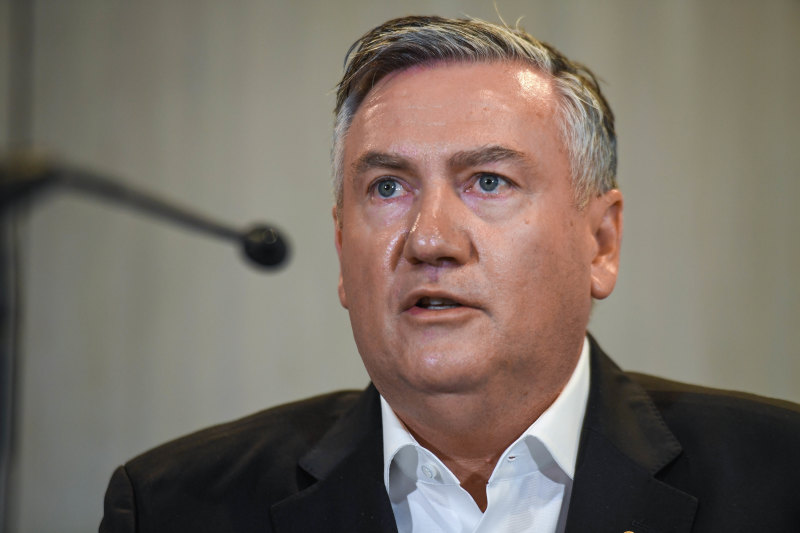 Eddie McGuire has revealed to Triple M’s breakfast show in Perth that his application to travel to Perth for the AFL grand final has been denied by the Western Australian government, the football commentator was disappointed by the decision with it being the first grand final he’ll miss in 45 years.

Premier Mark McGowan has sad that McGuire did not fall into a category that allows him to enter the state. The agreement for Western Australia to host the grand final, only clubs and a small contingent of essential workers will be permitted into Perth.

Football commentator Eddie McGuire will miss out on the AFL grand final for the first time in 45 years after the WA government rejected his application to enter the state.

McGuire, nicknamed ‘Eddie Everywhere’, had booked a flight to Perth just hours after the AFL confirmed on Tuesday that the September 25 fixture would be played at Optus Stadium.

However, he told Triple M’s Breakfast show in Perth on Wednesday his application had been denied.

McGuire said he was disappointed in the decision, which meant he would be unable to front a “smorgasbord” of pre-game day events and broadcasts including hosting a Fox Footy grand final parade and crossing to Nine Network shows such as Today and Footy Classified.

“In the lead-in to the bye, the television stations are going to be screaming for content and that’s where Perth gets its money for the grand final … from the Brownlow Medal to the parade, all those lunches and all those speeches we would have done in the lead-up,” he said.

“But if it means the politicians and WA Police are able to say, ‘Hey listen, we can’t let people in who are very deserving’, and makes a point of stopping me because I’ve got a big profile, then that might make people feel better and that’s alright, I’ll survive.”

Under the agreement for WA to host the grand final, only clubs and a small contingent of essential workers will be permitted into Perth, with Premier Mark McGowan saying McGuire did not fall into that category.

“We’re trying to minimise the numbers out of Victoria but obviously the AFL has essential people, Mr McGuire is not one of them,” he said.

AFL chief executive Gillon McLachlan flagged about 25 to 30 AFL staff would be flying to WA in the coming days to co-ordinate the grand final, however it is not known how many broadcasters will be permitted.

“We haven’t got specific numbers for those … but they are very lean numbers and the AFL have not been pushing a case or any individual or situation at all to occur, they’re being very guided by us,” he said.

“We haven’t been receiving applications for anyone other than a process we have established with the AFL for persons who they provide us who they deem essential … so we don’t have a group from a newspaper or media organisation applying outside of that protocol.”

McGuire said he was “not the only media person trying to get in”, but was not aware whether others had also been rejected.

His application, at first, included a number of staff to help with the production of several TV shows.

He then reduced it down to just himself and his two sons – who he said would assist him in production requirements and stay in the same hotel room as him – but that was also knocked back.

“[I then] put in my application for one person to go, it was rejected electronically, we have been speaking to everyone from Channel Nine, to Crown, to Fox Footy, to WA Tourism, to the Premier’s department and I think it ended up getting to the WA Police chief who put the cross there,” he said