Lonnie Bossi on the stand 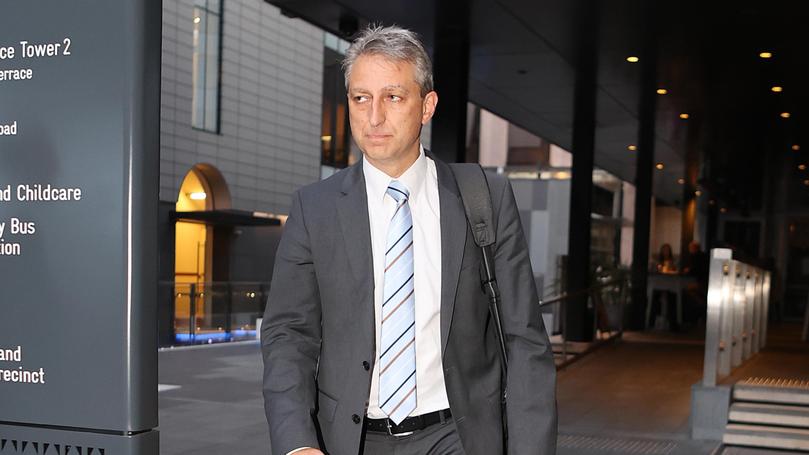 The Perth Casino Royal Commission has been told that the current chief executive, at Crown’s Perth casino did not have any great concerns when a gambler spent $2.5 million in six months.

The gambler would later be identified as former Belmont bank manager Daniel Petkov, who himself has been sentenced to 5 and a half years in jail for stealing $3.7 million to fund his gambling addiction.

When red flags were raised about a gambler who spent $2.5 million in six months on Crown’s electronic gaming machines, Crown Perth’s current chief executive did not have any great concerns, the Perth Casino Royal Commission has been told.

Lonnie Bossi said he was told by an employee that the gambler came from a wealthy family and had properties, with a Facebook search showing photos that “he had an air of wealth”.

But the royal commission was told on Friday that there was no substantial investigation into the source of his money or whether they could offer any services to help a potential gambling problem.

The gambler in question was former Belmont bank manager Daniel Petkov, who was jailed for five-and-a-half years in September 2018 for stealing almost $3.7 million from Westpac to fuel his gambling addiction.

The royal commission has previously been told that Crown Perth had offered Mr Petkov membership to the high-roller Pearl Room, which would allow him to gamble bigger sums.

On Friday, it heard that Mr Petkov was only barred from the casino at his own request in February 2018

Mr Bossi said he did not recall whether Crown Perth did an internal investigation after Mr Petkov’s arrest to understand how he could have gambled millions of dollars in stolen funds without detection.

It was Mr Bossi’s second time in the witness stand at the royal commission.

He was Crown Perth’s chief operating officer from 2013 and was appointed chief executive in December.

At his last appearance, the royal commission was told that problem gamblers were responsible for up to 60 per cent of all the money spent on electronic gaming machines (EGMs).

EGMs are also responsible for a big proportion of the casino’s profits.

Mr Bossi said if Crown Perth was unable to operate EGMs, it would have a dramatic impact on the company, with the potential loss of many jobs.

“Its impact on our business is probably what iron ore means to BHP or dropping the iron ore price to $30,” he said.

“It’s a material shift in the design of how the business would operate.”

Bossi tells Commission he is likely to leave board

Mr Bossi said the casino would have to rethink its charitable support, which included $25 million to Telethon in recent years.

Later, Commissioner Lindy Jenkins asked Mr Bossi whether there could also be benefits if EGMs were not permitted.

Commissioner Jenkins: “One of the community benefits would be that some of your patrons who lose 10 per cent on average of their wages in EGMs would have that money to spend on other things?”

Mr Bossi: “Possibly, but a large number of those also play Lotto and other alternatives.”

Mr Bossi also told the royal commission that he expected to be removed from the board which oversees Crown Perth, but “it was not to do with performance”.

He said he was told this in recent discussions with Crown Resorts chief executive Steve McCann and Bruce Carter, the new chair of Burswood Ltd who also sits on the Crown Resorts board.

But Mr Bossi said he had not yet informed his fellow Burswood Ltd director Marayna Fewster that he was likely to leave.