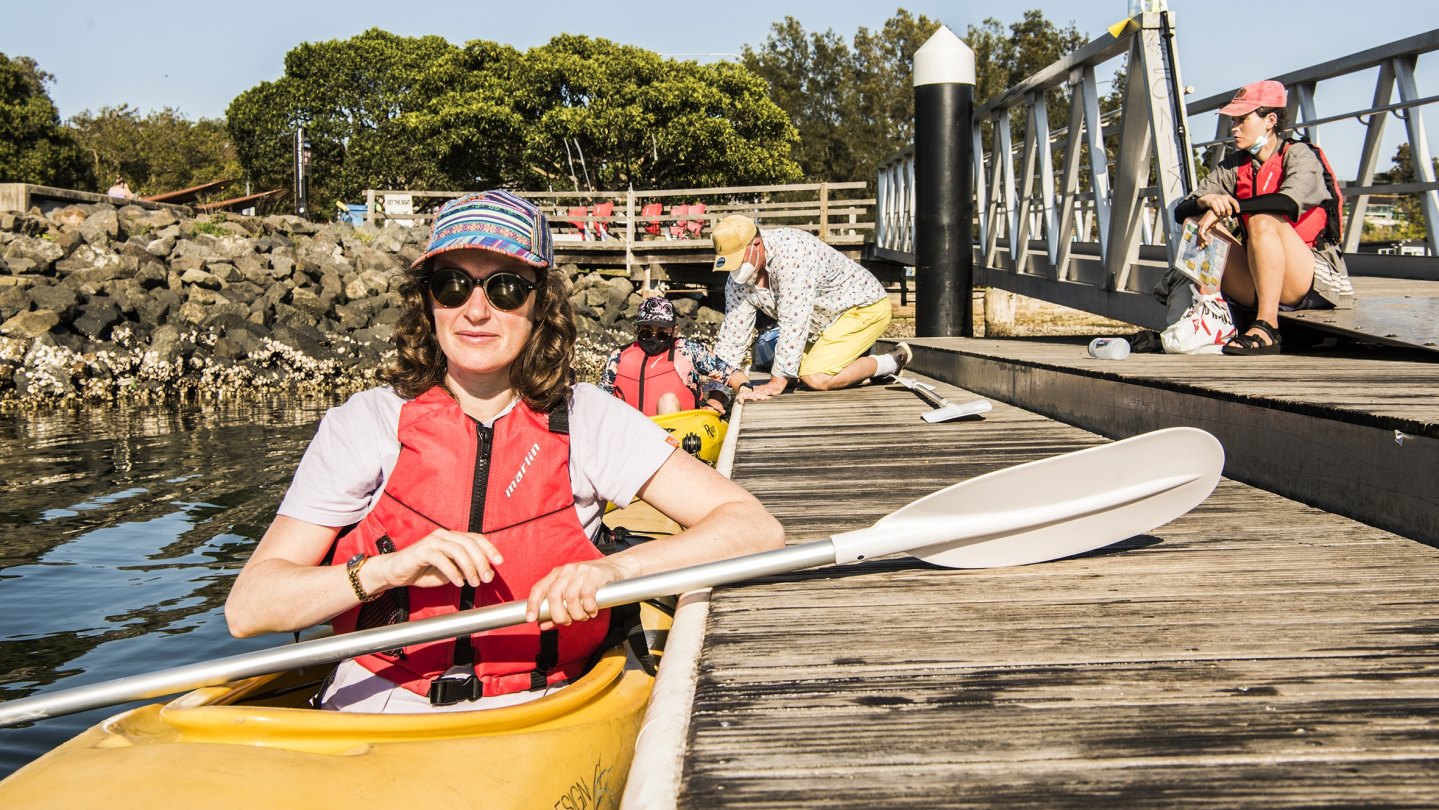 It’s the activity that’s seen a boom during the lockdown, as many Sydney siders (those close to the water) are taking up the water activities including kayaking and paddleboarding.

The boom has seen instructors that are usually lucky to have a booking during the week are being fully booked.

If you’ve tried out kayaking or paddleboarding during this long lockdown, you’re far from alone. Sydneysiders – well, those lucky enough to have water access and the freedom to participate in outdoor recreation – are flocking to the harbour’s edge for a fresh way to exercise and stay sane.

The craze is palpable from Middle Harbour to Blackwattle Bay and Cabarita to Cronulla – wherever sun- and fun-starved Sydneysiders can find a patch of water (within five kilometres of home, of course). James Wheeler, owner of Annandale Boat Hire, says the lockdown and winter sunshine combined to create a “perfect storm” for his business.

“Normally I wouldn’t even get one kayak out in the middle of the week … I was fully booked [on Wednesday],” he said. On Saturdays, he’s even busier, with up to 30 customers, and sometimes he has to knock people back.

Out on the water Mr Wheeler says he’s seeing more of every type of craft, from inflatable kayaks selling for $200 to high-end models worth up to $10,000. “You see some doctors come down here with their beautiful carbon fibre six kilogram machines,” he says.

Mr O’Brien’s other business, the Gosford-based Mirage Sea Kayaks, makes those carbon fibre machines – and business is booming there too. “We were about to go home yesterday and a guy walked in and he dropped $15,000 on three boats and didn’t really flinch,” Mr O’Brien says.

One of Sydney’s best-known kayaking enthusiasts, former prime minister Malcolm Turnbull, has a Mirage 582 which he takes out regularly from his Point Piper home. He attests to the increase in kayaking activity on the harbour, especially the “fleets of people” renting them from Rose Bay.

Stand-up paddleboarding is also proving popular during lockdown. Greenwich resident Steph Kelly, 53, is one of Sydney’s newest converts after being introduced to it by a friend. She bought a 10½ foot inflatable board for $600 last week and took it for a debut spin around Berrys Bay on Friday.

“It was really great … I was telling my 83-year-old mum because she wants me to take her out on it when it gets warmer. I can’t wait to do that,” Ms Kelly said. “Next time we’re gonna take G&Ts out on the harbour in a can. It’s so calming being out on the water. My whole little world’s gonna be on that stand up paddleboard.”

The boom is not without its complications. Although the harbour is relatively quiet at the moment, Mr O’Brien, who also sits on the Transport Minister’s Maritime Advisory Council, is worried about the potential for newbies to get into trouble.

“There’s a mass of brand-new paddlers all getting out there and there’s big percentage of them who are uneducated in terms of the appropriate safety and skills to be where they are,” he says.

Mr Wheeler is pessimistic about how long the boom will last. The lockdown may have created a few keen kayakers and paddleboarders, but all good things must come to an end. “I don’t expect it to last for more than a month or two,” he says. “Once Bali opens up they’ll all be gone.”

The next big thing could be a resurgence in charter boats. Operators expect a small wave of interest once the rules change on September 13 to allow five vaccinated people to participate in outdoor recreation (only outside the LGAs of concern at this stage).

That would make smaller self-drive boat rentals a viable recreation activity. On Wednesday Mr Wheeler received his first phone inquiry about boat rental after September 13. “They were sort of telling me what the rules are, you know, ‘we’re allowed to have five people’,” he says.

However, boat hire is constrained not only by capacity but the five-kilometre limit for outdoor recreation, which applies on the water as well as on land. And the water police are enforcing the rules.

Dan Hanoumis, owner of the Rozelle-based boating club Boatlife Society, said one of his clients was stopped three times in four hours on a recent weekend. “They were doing the right thing,” he said. “Overall police have been pretty good [but] it puts a dampener on your day.

“The reality is that five kilometres is so much more restrictive than the ten kilometres when it comes to boating. If that five-kilometre rule changes back to ten kilometres, it’ll just go nuts.”