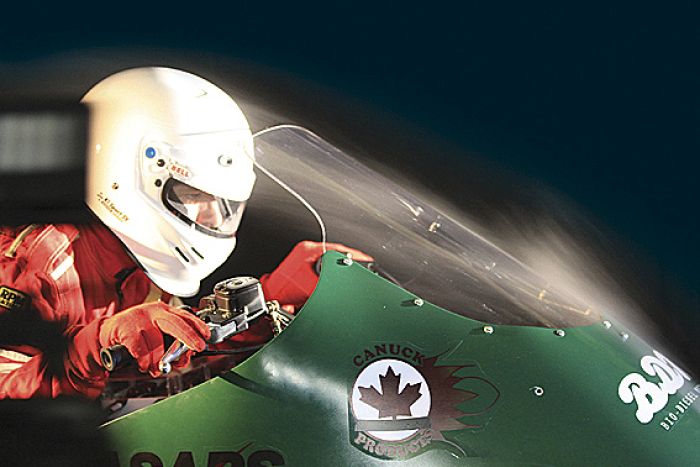 Hundreds of competitors and spectators are at remote Lake Gairdner in outback South Australia for saltpan racing, hoping to see world record speeds.

It is the first time in three years the usually-annual event has been held, because wet weather forced cancellations in 2011 and 2012.

Ross Brown will be among those competing and said he and others hoped to reach speeds of more than 200 kilometres per hour.

“Broken shoulders are quite common at the start line,” he said.

“[Also] if you sit up too early while you’re on the slow down, you can also blow yourself off the back of the motorbike.”

Some hope Australia’s outback event could take over from Bonneville in the United States as the key destination for salt lake racing.

Mr Brown said the Bonneville salt flats were eroding because too much salt had been mined there.

“There’s probably only two inches of solid salt left in the area that they race on,” he said.

“In Australia, the salt has never been touched and as far as the track surface throughout the world’s concerned, we’ve got the best here in Australia.”

One of the more unusual vehicles taking part is an Adelaide University prototype – a motorbike fuelled by cooking oil.

Colin Kestell is an Associate Dean at the university’s faculty of engineering and explained the biobike had been eight years in the making.

“My students ended up designing and building the first prototype of a biodiesel motorbike and it attracted an awful lot of publicity,” he said.

“The bike was taken over to Japan and shown around Japan and we then went on to build something that was road legal, a second variation of it.

“We entered that in I think it was the 2007 World Solar Car Challenge, the alternative energy class and that was a rather gruelling bike ride from Darwin back to Adelaide and we rode past Lake Gairdner, and one of the guys that was with us was telling stories about land speed records that go on there and it sort of excited a bit of a passion I suppose at the time to rise to the challenge of breaking some form of record.”

He said it took some time to complete the building of a 1.7 litre turbo-charged biobike.

“That took a number of years for students to design and build it and it was ready to be raced two years ago,” he said.

“Really, uncharacteristically, Lake Gairdner was flooded and the event was called off, but the same again happened last year so now, touch wood, we’ve got a much, much longer run to test the bike on and we’re fairly confident that we can break the current world record for a biodiesel motorbike.”

Professor Kestell said the world record should be within reach.

“Fortunately for us, there’s not too many biodiesel motorbikes out there, so as I say the world record is currently quite conservative,” he said.

“It’s an American team that hold it, so it’s generally quoted in miles per hour but that equate to approximately 212 kilometres per hour that the bike has to go and we’ve already had it just shy of 200 kilometres an hour.”

The record might fall in the coming day, he said.

“We’re fairly confident it (bike) can get to the mid-200s, hopefully come Tuesday we should have our bike claiming to be the fastest biodiesel bike in the world.” 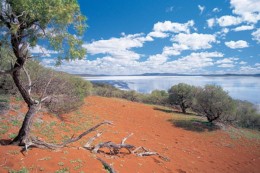