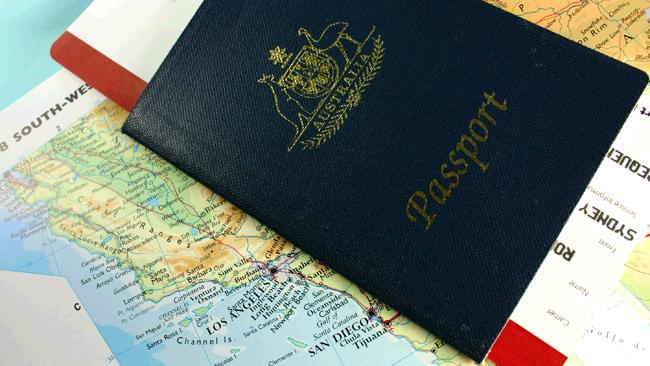 A RECORD number of Australians are expected to jetset overseas this year.

Only a decade ago, overseas travel was a distant dream for most. The Australian dollar wasn’t called the “pacific peso” for no reason. Flights were expensive. Throw in the September 11 attacks, the 2003 threat of bird flu and the 2002 Bali bombings and it’s perhaps not surprising that many holiday makers chose to stay at home.

A decade on, Australians have well and truly caught the travel bug.

In the year ended June, we made a record 8 million short trips abroad, up from 3.4 million ten years ago. Of course, many people make multiple trips, so the actual number of Aussies travelling is somewhat lower.

In 2008 we crossed an interesting threshold: more Australians made trips abroad than foreigners visited here – the first time this had happened in two decades. This “tourism gap” has only grown since.

The high Australian dollar has been hurting exporters like manufacturers, education services and our own tourism industry. But it has been a boon for would-be Australian overseas holiday makers. It’s one of the ways in which the mining boom made us richer.

The dollar is also strong because, in this post- global financial crisis world, Australia is viewed as a relative safe haven for international investors. To invest in Australian assets, like bonds and property, investors must first buy Australian dollars. This pushes up demand for the dollar, and hence it’s price.

So even as commodity prices have fallen and the prospects for our mining boom have diminished, this strong demand for Aussie dollars has kept the currency high. Again, that’s bad news for people employed in currency-exposed industries, but good news for the rest.

Whereas one Aussie would only buy you about 50 US cents a decade ago, today it buys you a muscly $US1.04. You can literally buy double in the US what you could have a decade ago. Is it any wonder we’re shopping online and returning from the states with suitcases packed full of new clothes and gadgets?

But it’s not only the US greenback.

The Australian dollar is strong against a wide range of currencies.

Fancy an African safari? Now’s the time. One Aussie will now buy you 9.1 South African rand, up a whopping 25 per cent in just the past two years. South Africa’s mining-reliant economy has suffered from falling commodity prices and mining strikes. But their pain is your potential gain with cut price meals, accommodation and safaris on offer.

Or how about a South American getaway? One Aussie will buy you 2.1 Brazilian real, up 22 per cent in the past two years.

Why not pop by and see Crown Princess Mary of Denmark instead, where one Aussie dollar will buy 6 Danish krone, up 13 per cent in two years.

And while you’re at it, why not visit all the Kings and Queens of Europe? The near collapse of the European Union means one Aussie buys 0.80 euro, also up 13 per cent in two years. Once again, their pain, your potential gain.

And if you’re heading to the US anyway, why not swing by Mexico where one Aussie will buy you 13.5 peso, up 9 per cent.

Of course, for reasons immediately apparent, that’s not where most Australians choose to spend their holidays.

The number one destination was to New Zealand, with 1.1 million trips to the land of the long white cloud.

And the beaches of Bali still beckon, not just for schoolies. Australians made 911,000 trips to Indonesia in the year ended June.

It’s possible we could slip below parity with the US dollar again should recovery there take hold and the global financial system stabilise.

So pack your bags. If you can afford it, it’s the best time to head abroad in a long time.

Number of short trips by Australian residents overseas in the year ending June.

Number of trips ten years ago.

Of short trips were for holidays.

Of trips were for visiting friends and relatives.

Median duration of short trips away.

Number of trips to New Zealand, the number one destination for short trips abroad.

Number of trips to Indonesia, the second biggest destination.

Number of trips to the US, the third biggest destination.