Intrastate wineries up, mining accom down 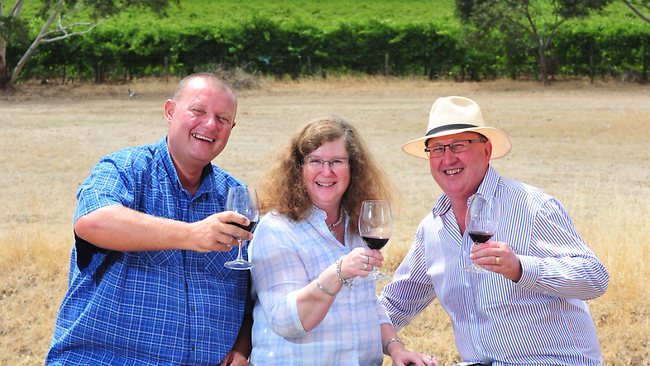 From Adelaide Now (The Adelaide Advertiser)

WINE tourism is becoming the star of Australia’s accommodation industry as demand for rooms in mining areas falls.

At the same time occupancy in mining hot spots was down seven points to 77 per cent while capital cities remained stable at 81 per cent and beach holiday destinations rose just two points to 60 per cent.

Tourism and Transport Forum chief executive John Lee said the Hunter Valley in NSW and Margaret River in Western Australia were experiencing the biggest rises in wine tourism, while in the Barossa Valley it had remained steady.

“There’s growth in the number of people coming and what they’re spending,” he said.

“People are also prepared to pay a bit more for their accommodation.

“There were a lot more weddings and those sorts of events contributing.”

Mr Lee said most people travelling to wine regions were local tourists from the same state, followed by  visitors from other states and only a small proportion of international travellers.

UK visitor Phil Eaton said yesterday during a visit to McLaren Vale’s Penny’s Hill winery that South Australia had a big reputation for its wine.