How the Gold Coast is still considered regional? 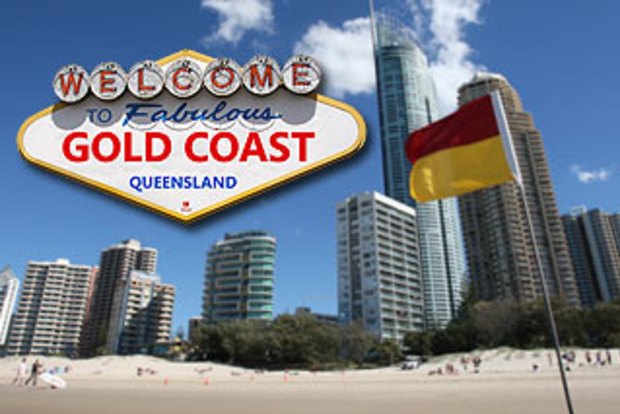 The Gold Coast has an iconic skyline home to some of the tallest towers in Australia, however, the region is still considered regional by some institutions and government departments. The regional definition has very real consequences for those living there.

The GC is on track to reach a population of 1 million in the next 2 decades, following a population rise of 60,000 in the past decade.

The federal government’s aims to attract international migration to the GC has seen the city named a ‘category 2 city or major regional centre’ in 2019, The move meant migrants would have their visa applications prioritised if they spent three years in the city.

Related Harmonisation: Brisbane giant with 450 jobs up for grabs

It has an iconic skyline home to some of the tallest towers in Australia and a population tipped to reach one million within the next two decades.

Yet the Gold Coast is still considered regional by some institutions and government departments.

Last week the Regional Australia Institute even named the Gold Coast as the most popular destination for capital city-dwellers moving to a regional area.

“We do get a lot of argy-bargy about whether Gold Coast should or shouldn’t be regional, but it’s certainly not capital,” the institute’s chief economist, Kim Houghton, said.

“It’s a different kind of region to places like Gladstone or places like Charleville, and we acknowledge that.

“Gold Coast is at the top of this list and many other lists simply because it’s such a large place.”

That regional definition has varied over time depending on the government and the issue at hand, but it has very real consequences for those living there.

Population off the charts

But she says classifying the city as regional “shocks” her.

“It’s not capital like Brissy [Brisbane] but definitely not regional by any means,” he said.

“The population density is off the charts compared to Bundaberg up north.

‘One of the largest metro areas’

Between 2016 and 2018, the state and federal governments came to blows over funding for the M1 highway.

The federal government insisted that funding for upgrades between Brisbane and the Gold Coast should be split 50-50, whereas the state government suggested the Commonwealth should pay more at 80:20.

However, Queensland’s Main Roads Minister, Mark Bailey, had argued the stretch of highway “is defined under the federal government’s own documents [National Land Transport Network] as an outside metropolitan area”.

Former RACQ spokesman Paul Turner agreed and said in 2018 that the Commonwealth should be putting up 80 per cent of the cost but that getting started on the upgrades should be the priority.

But, as outlined by federal Minister for Urban Infrastructure Paul Fletcher at the time, the Commonwealth maintained it was “common ground that the M1 runs through one of Australia’s largest metropolitan areas, the Brisbane-Gold Coast-Logan conurbation”.

The state government relented and later matched the federal funding at an additional cost of $487 million.

But when it comes to immigration issues, the Gold Coast remains a designated regional centre.

The city was named a ‘category 2 city or major regional centre’ in 2019 by the federal government in an effort to attract more skilled workers.

The move meant migrants would have their visa applications prioritised if they spent three-years in the city, from which they could then apply for permanent residency.

But the policy attracted criticism, with concerns skilled migrants would be drawn to the Gold Coast instead of smaller towns.

Yet the Gold Coast is hardly an outlier, with capital cities like Perth, Adelaide and Hobart also falling under the same category.

That regional “designation for migration purposes has no bearing on infrastructure funding” according to a spokesperson for the federal Department of Infrastructure, Transport, Regional Development and Communications.

Moreover the semantics of what is and isn’t regional hasn’t dimmed the property market, with median house prices on the Gold Coast surging by 36 per cent in 12 months, and tipped to reach $915,000 by 2024.

But don’t expect that to stop the flow of capital city-dwellers, with those prices remaining comparatively low, according to Alexandra Stuart-Robertson.

“We’ve got people that are selling up in Sydney that are re-locating to the Gold Coast, they’ve sold a property for $2.5 million, $3 million,” she said.

“Affordability for the Gold Coast is still really, really good.”