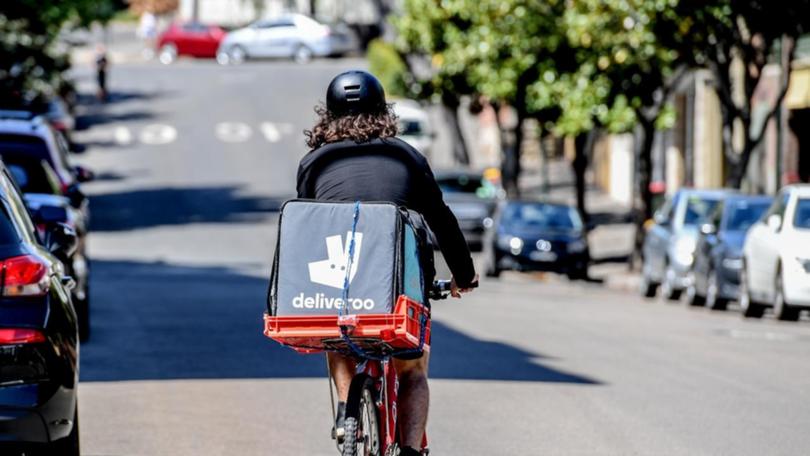 Industrial relations in Australia are at crisis point as demand peaks, but only undercompensated workers can afford to deliver for services like UberEats and Deliveroo.

Whilst to-your-door services have been sustainable in economies with a significant ‘underclass’ – such as India or the US – Australia has lagged in the service stakes. Minimum wages and welfare support ensure that Australian citizens need not work for the pittance that other countries’ delivery- and servicepeople are paid.

During 2020’s pandemic though, supply and demand factors in labour changed rapidly and four delivery riders (on pushbikes) were killed in three months, just in Sydney.

The NSW Government has set up a taskforce to investigate a number of recent deaths of food delivery riders.

Five delivery riders have died nationally in the past three months, four of them in Sydney.

The taskforce will be led by SafeWork NSW and Transport for NSW and will examine whether any avoidable risks may have contributed to the deaths.

Uber Eats has admitted the industry needs to do more to improve worker safety, in the wake of another death of a food delivery rider in inner Sydney overnight.

The Uber Eats cyclist — understood to be a 37-year-old man from Malaysia — died after being hit by a truck carrying an excavator in Redfern on Monday night.

Twenty-seven-year-old Uber Eats worker Bijoy Paul died on Saturday afternoon after being involved in a crash with a car at Rockdale in Sydney’s south.

In a statement, a spokesperson for Uber Eats said the latest incident was concerning in the context of recent deaths.

“On Monday evening we learned the incredibly sad news that an Uber Eats delivery partner had passed away following a road accident in the Sydney CBD,” the spokesperson said.

“We notified Safework NSW and contacted our insurance team about the incident. Our thoughts are with his family and loved ones at this time.

“In isolation this fatality is devastating … but when considered alongside other recent incidents across the on-demand food delivery sector, it is all the more concerning.

“It is clear the industry needs to do more to improve road safety, and we are committed to playing a leading role in achieving this.”

“We were just doing an awareness campaign about Bijoy Paul, literally doing media yesterday evening when we got news through of the police report about another death,” he said.

“This is a sector that’s totally unregulated.

“You have these massive companies who force these workers to be classified as independent contractors and that means they don’t get the same protections that other employees across the economy enjoy.

“The result of that is they’re not trained, they don’t have appropriate protective equipment, they are not provided with the safety systems that other workers are provided.

“We really need governments, the State Government, but particularly the Federal Government to step up and acknowledge this and deal with the consequences.”

“Any life lost on our road is one too many and the purpose of this taskforce is to examine if more can be done to protect delivery riders, who are among some of our most at risk road users.

“We need to do our level best to avoid further tragedies.”

Opposition spokesman for the gig economy Daniel Mookhey said a “massive crisis” was unfolding in the sector, and he expected it to worsen over summer.

Mr Mookhey said the deaths would not be acceptable in any other industry, saying the loss of even two lives would galvanise action to “end the safety crisis”.

Lihong Wei, who lost her husband Xiaojun Chen earlier this year, addressed a parliamentary inquiry into the gig economy that Mr Mookhey chaired.

She said industry reform was desperately needed to protect the rights of delivery workers like Mr Chen.

“I urge everyone to show more respect and care to food delivery riders, because behind every rider there is a loving family, and he is carrying their family’s hopes,” she told the ABC in October, before breaking down in tears.

Attorney-General and Minister for Industrial Relations, Christian Porter, said the safety of delivery riders was a state and territory issues.

“Every worker, no matter how their employment arrangements are structured, has the right to a safe working environment and to come home to their families at the end of each day,” Mr Porter said.

“That is why I intend to have rider safety added as priority agenda item for the next meeting of national work health and safety ministers.”