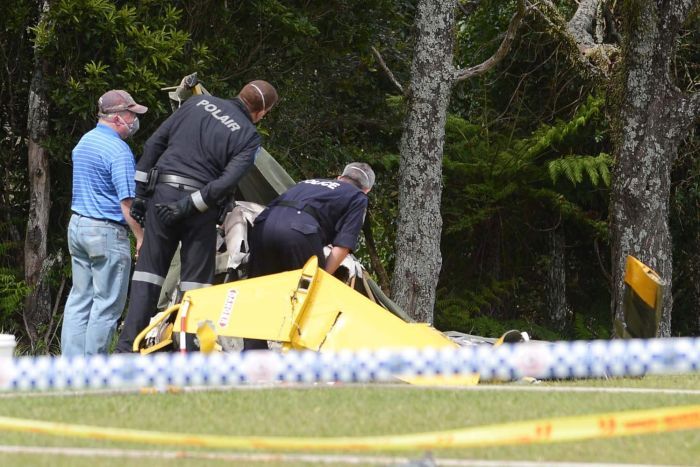 Four people have been killed in a helicopter crash at Bulli Tops near Wollongong, south of Sydney.

The helicopter was trying to land at the Panorama House function centre at the southern end of the F6 freeway around noon (AEDT).

The four-seater Robinson R44 appears to have clipped a tree before being engulfed in flames. 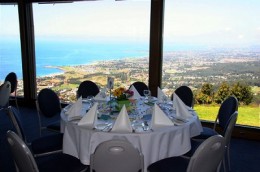 The Australian Transport Safety Bureau confirmed the pilot and three adult passengers on board were killed.

A team of four ATSB investigators are headed to the scene.

“As you can imagine it’s a horrific scene for everyone involved and will take some time to determine just who was on board,” he said.

Inspector Beattie says the next of kin are being informed.

A worker at the restaurant said he heard a loud bang and went outside where he saw the helicopter on fire.

He said staff tried unsuccessfully to extinguish the fire.

The helicopter is the same model which crashed at Jaspers Brush on the South Coast last year killing two people.

The manufacturer and the Bureau have previously recommended that fuel tanks on R-44s be replaced to reduce the risk of post-crash fires.

Bulli resident Norm Upton drove past the wreckage shortly after the helicopter went down.

“We were heading south from Sydney and we were just coming up to the Panorama turn off when we [saw] a great big black pool of smoke,” he said.

“As we got to the Panorama turn off we actually [saw] the helicopter on its side and a couple of people in fluoro shirts running towards the wreck.”

The helicopter was owned by Bankstown Helicopters.

The company said in a statement the helicopter had been hired by a private pilot.