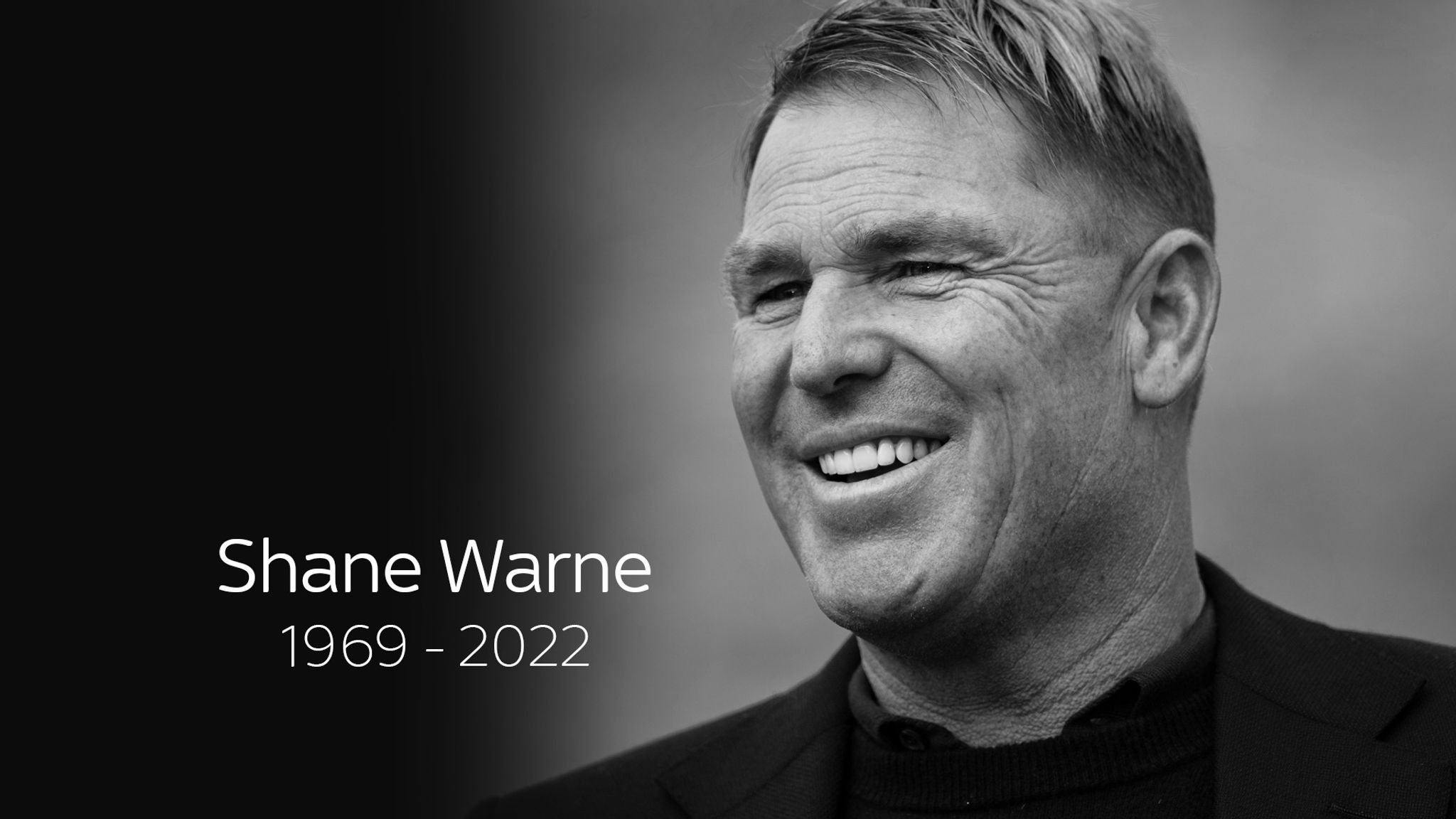 The details of Shane Warne’s memorial service at the MCG have been announced with a host of celebrities confirming that they will appear at the memorial, including Russell Crowe, Hugh Jackman, Kylie Minogue, Eric Bana, Greg Norman, and Kelly Slater to pay their respects to the cricketing great.

As of Tuesday 50,000 people had so far booked tickets for the memorial service.

The two-hour MCG event will be broadcast live on all major Australian free-to-air networks as well as Fox Cricket, beginning at 7pm.

Another 10,000 to 15,000 new seats have opened up at the MCG for people to attend cricketer Shane Warne’s state memorial service on Wednesday night.

Television personality Eddie McGuire, whose production company Jam has played a key role in organising the event, said a host of celebrities would be appearing at the memorial, including Russell Crowe, Hugh Jackman, Kylie Minogue, Eric Bana, Greg Norman, and Kelly Slater.

Eddie McGuire says the MCG will be opened up even further to accommodate mourners for the Shane Warne memorial.

McGuire said Warne would be encapsulated in the service. He remembered the cricketer as “the ultimate performer” and “the ultimate great friend”.

“He was somebody who gave [all of] himself in so many ways … he was a scallywag,” McGuire said.

“There’ll be tears tomorrow night, there’ll be a lot of laughs as well, and a lot of reminiscing, and that’s what’s going to make this a special night.”

McGuire, a close friend of the Warne family, said the cricket great’s father Keith Warne, his brother Jason Warne, and his children Brooke, 24, Jackson, 22, and Summer Warne, 20, would all be speaking at the event.

He said Warne’s ex-wife and the mother of his children, Simone Callahan, would be “part of the show” but not in attendance.

“Elton John, Chris Martin, Robbie Williams, and Ed Sheeran will be singing dedicated songs to Shane Warne in [his] memory and for this particular night,” McGuire said.

“I mean, this is something when you look at it from a concert point of view, that is almost unprecedented here in Australia.”

The television host said Warne never turned his back on “any kid or any person” over the years, and while he was an international player, “he never forgot his backyard”.

“We’d like to invite people to come because this is going to be just one of the greatest events in the history of the city, in this country, in many ways – a tribute to a champion,” McGuire said.

“I can’t tell you how, in the last couple of weeks, we started with a blank sheet of paper, and it filled so quickly because the world wanted to come to pay tribute to Shane Warne …not only for Shane, but for what he stood for and what he will always stand for.”

Former AFL player Aaron Hamill said the memorial service, starting at 7pm, would be a “fitting tribute” to the cricket great, and “this sort of shindig would be right up his alley”.

“He was so rapped to get a statue [at the MCG], let alone a stand in his honour – he never would have thought in his wildest dreams that would take place,” he said.

“He’d certainly be sitting up there with probably a dart in the hand, and he’d be very grateful.”

Cricketer Glenn Maxwell said of Warne, “you’d be hard-pressed to find someone who could get this sort of attention.” He said the cricketer did a lot for the game, making it “promotable and cool”.

“It probably wasn’t seen as a cool sport 30 years ago, and he made it cool.”

McGuire said on Tuesday that 50,000 people had so far booked tickets for the memorial service.

The two-hour MCG event will be broadcast live on all major Australian free-to-air networks as well as Fox Cricket, beginning at 7pm.

Such is the magnitude of the death of the cricketing great that Seven, Nine and the ABC have opted to not have their breakfast show presenters head to Canberra for the follow-up of Tuesday night’s budget.

More than 50,000 fans are expected to farewell Shane Warne tomorrow at the MCG.

AFL stars (including Nick Riewoldt), media comrades, including Sam Newman, and cricketing teammates and opponents will also be in attendance, with Brian Lara and Nasser Hussain expected to be in town. Indian great Sachin Tendulkar, and former New Zealand captain Stephen Fleming were asked to deliver video tributes.

McGuire delivered a eulogy to Warne, who died while on holiday in Thailand, at the cricketer’s private funeral service more than a week ago at the Moorabbin home ground of his beloved St Kilda Football Club.

The event will be alcohol-free.