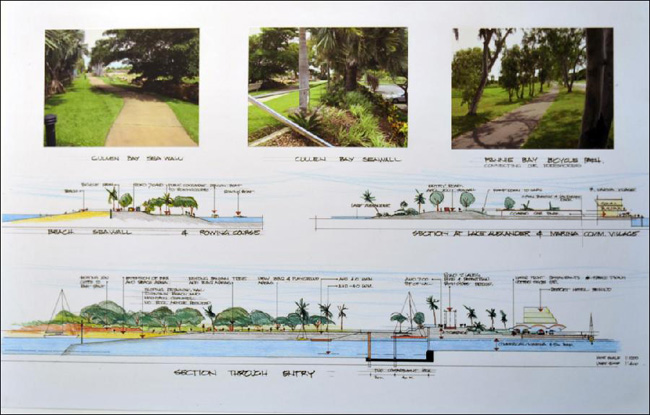 THE head of the new planning commission said he would not rule out revisiting the controversial Arafura Harbour development at Darwin’s East Point – if the proposal was resubmitted.

Gary Nairn said if the Minister was interested in the project it could end up back on the planning commission’s agenda.

“Nothing’s ruled in or out,” he said.

Mr Nairn said the commission had to work on Darwin’s broader development plan before they started looking at independent projects.

“We are putting an end to the free-for-all development that we have seen in the past,” he said.

The Government disbanded the former planning commission after last year’s election to create a more independent and transparent one.

But opposition leader Delia Lawrie said the CLP “have got to be joking” if they expect Territorians to believe it would be more independent.

“They have hand-picked the chair and not gone for an expression of interest,” she said.

Independent MLA Gerry Wood said the planning commission and the Environment Protection Authority would have a conflict of interest with Mr Nairn and EPA chair Bill Freeland sitting on both boards.

He said neither of the organisations would be independent.