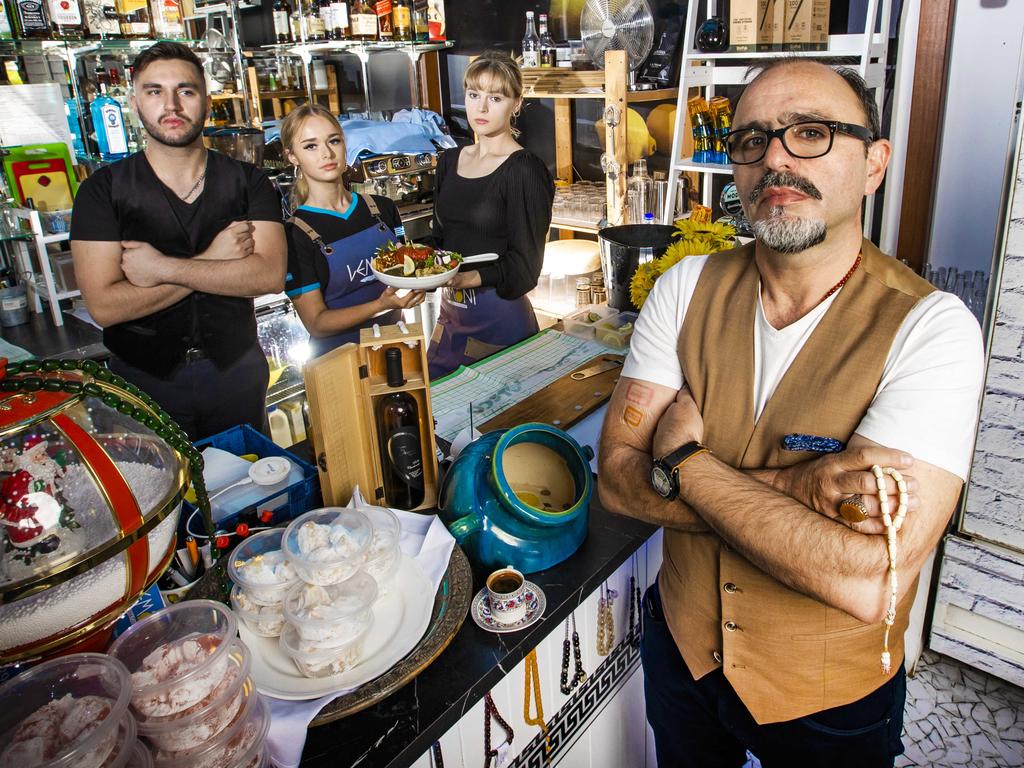 The covid pandemic continues to affect many businesses in the hospitality sector, this comes during the busy festive season, however, the industry is experiencing widespread cancellations and abuse towards staff.

Cancellations have plagued small businesses who say poor timing and constantly changing restrictions have impacted their bottom line during the most important time of year.

Christmas work parties, family dinners, and new year festivities are normally guaranteed to bring large groups and bookings to the hospitality industry, however vaccine mandates, quarantined staff and exposure sites have instead brought cancellations and abuse.

Lemoni Greek Cuzina owner Gem Ciftci says the timing of major decisions – including banning the unvaccinated and opening the border before Christmas – had resulted in cancellations, staff clear-outs and uncertainty across the industry.

The small-business man, of Tingalpa in Brisbane’s east, has navigated the pandemic as well as he can, but says many in the industry who banked on a profitable festive season have been hit once more.

“The timing of these major changes so close to Christmas and new year’s, normally a peak time for our industry, has impacted bookings, cancellations and the reputation of many restaurants and cafes,” Mr Ciftci said.

“Small businesses are overwhelmed by changing restrictions and are often blamed by customers and staff for mandates which are out of their control,” he said.

Mr Ciftci said while small businesses are incredibly resilient, they lack the scale and united voice to repeatedly deal with blows.

“It is difficult to be across all the changes and then be left alone to tell customers, many are in this industry because they want to entertain not to enforce.”

It comes as Prime Minister Scott Morrison will seek to redefine ‘close contacts’ at the national cabinet in an effort to minimise harm to venues, staff, and patrons in proximity to positive cases.

“Obviously I welcome any move which will reduce harm to small businesses, but this is another example of constantly changing rules which should have been made sooner,” he said.

It comes as Queensland’s recent surge in cases has forced mass closures of venues over the festive period.