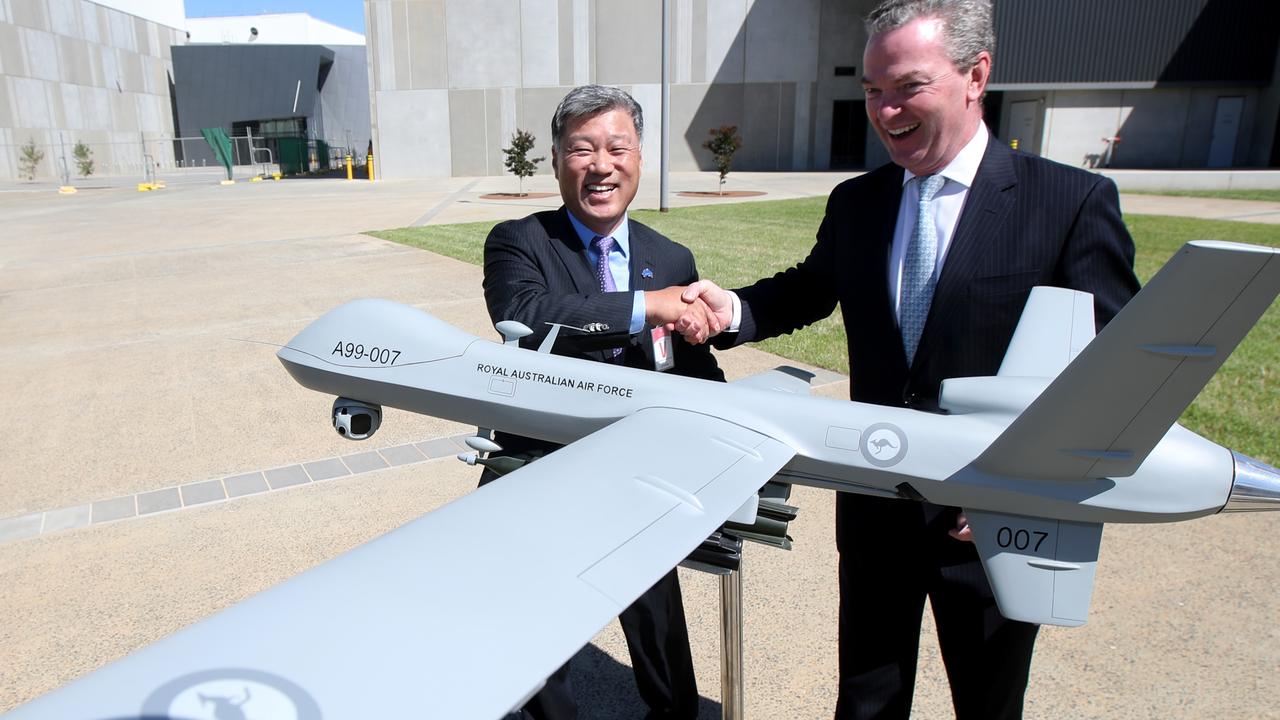 Defence Teaming Centre boss Audra McCarthy hit out at the uncertainty emerging in the industry.

Defence Vice Admiral David Johnston told Senate Estimates that the frustration of business was understood when a project was scrapped.

“These decisions are never made lightly and we are aware that there are impacts from them.”

This is the latest project to be scrapped following the axing of the $90m French submarine deal last year.

The Defence Department has fired yet another blank – this time axing a “much-hyped” project to build drones in SA.

Officials were grilled in the Senate Defence estimates committee hearing on Wednesday about the dropping the $1.3bn AIR7003 Sky Guardian drone which was to be built in SA.

When the project was launched in 2020 the Defence Department stated it would; “seek to optimise Australian industry content both in acquisition and through-life sustainment”.

Defence Teaming Centre boss Audra McCarthy hit out at the uncertainty emerging in the industry over the increasing number of failed projects.

“Member companies and DTC are concerned by what appears to be a growing trend in the sudden cancellation of defence contracts, with approximately 150 South Australian jobs being lost as a result of the latest AIR7003 program cancellation,’’ she told The Advertiser.

“The sudden decision means (one company) Airspeed will now lose $10m worth of work which was scheduled to be delivered over the next 8 years.

“In addition many other DTC members have been positioning for this opportunity for over 5 years.

“These companies have made the conscious decision to lean forward to meet the needs of Defence. They have invested in good faith as expected and encouraged by the government to grow a sovereign defence industry, and now they are paying the cost of the government’s decision.”

The most significant recent failure was last year’s axing of the $90m French submarine build in Adelaide, dumped in favour of a nuclear option from the UK or US.

Under questioning, Defence Vice Admiral David Johnston told Senate Estimates that the frustration of business was understood when a project was scrapped.

“These decisions are never made lightly and we are aware that there are impacts from them.”

Brent Clark, the head of the Australian Industry Defence Network, said the proposal by Navantia would “absolutely help in terms of employment” amid delays to the Hunter-class frigate and future submarine programs.

“Despite all the government’s efforts, we are going to head back into an issue with employment, because the (Hunter-class) frigate program is late,” Mr Clark said.