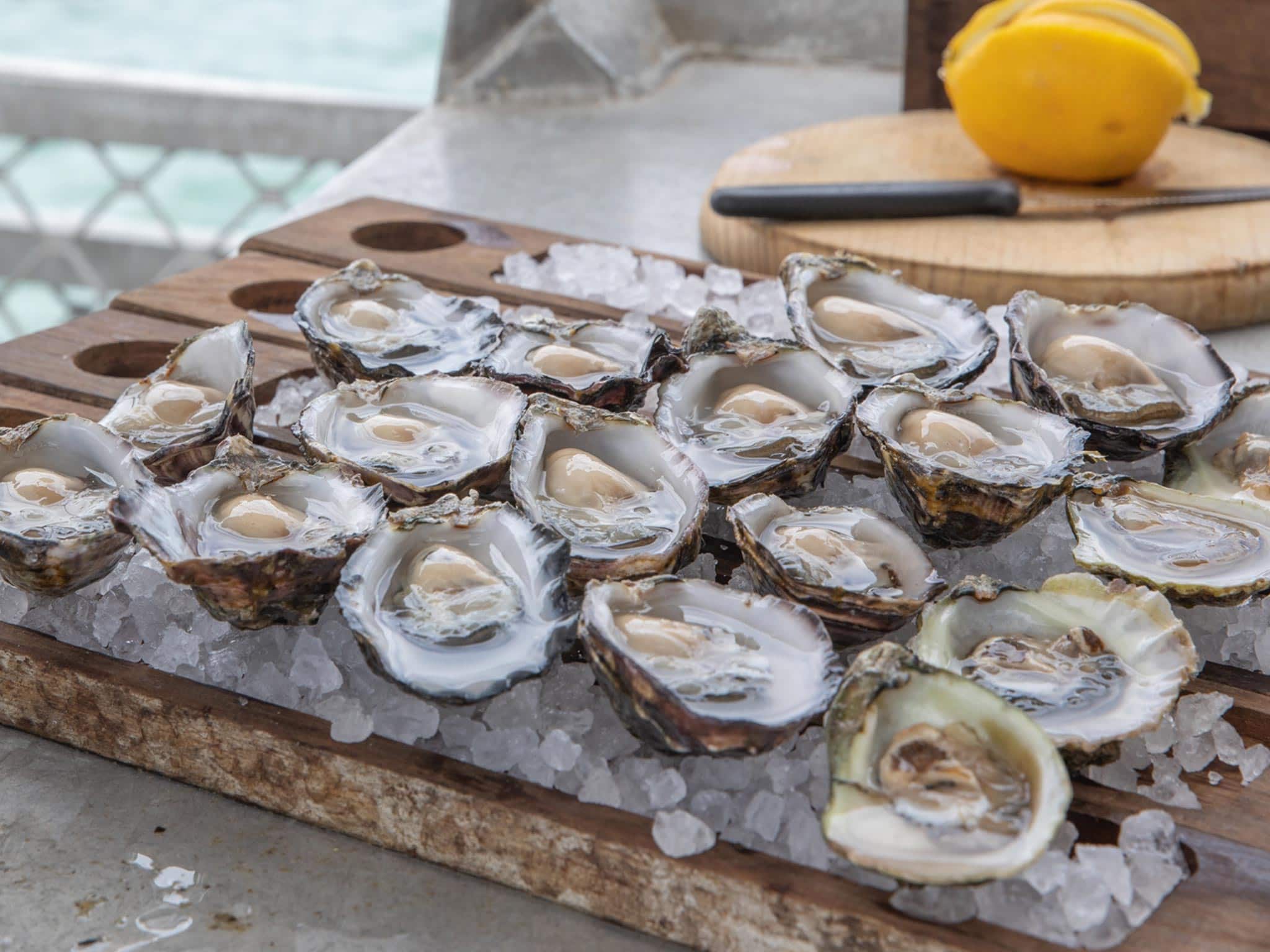 Coffin Bay oysters have been recalled following over 100 incidents of seafood-related infections.

SA Health is advising people to throw away Coffin Bay oysters, or return them to the place of purchase.

Related Food: Where to eat and drink in Sydney

Coffin Bay oysters have been recalled nationwide as more than 100 people in six states have been hit with gastro – and three people have been hospitalised.

The outbreak comes as the total number of infections from South Australians with the seafood-related infection jumped from 45 to 56 on Friday.

The illness has been caused by vibrio parahaemolyticus infections, found in uncooked or partially cooked Coffin Bay oysters.

Advising people to throw away Coffin Bay oysters, or return them to the place of purchase, SA Health said “foodborne illnesses can be quite serious for more vulnerable people in our community, such as older South Australians, pregnant people and people with compromised immune systems.”

Symptoms of the infection were “abdominal cramps, nausea, vomiting, fever and headache, and usually occur within 24 hours of eating the contaminated food”, SA Health said.

The recall was made by Food Standards Australia and New Zealand, and comes on top of the state government’s closure of the growing area. Workers were last week stood down after SA’s $28m oyster industry was rocked by a week-long government imposed halt to harvesting at Coffin Bay farms.

The closure affects about 32 producers and should be in place until early this week.

The initial SA Health alert was distributed on Friday, November 12 after the team noticed a spike in cases of the infection.

Queensland Health provided a statement on to The Advertiser on Sunday, saying they have been investigating an outbreak of vibrio parahaemolyticus as 35 cases had been reported in the state from September until November 19.

NSW Health authorities released a public health alert about a similar outbreak linked to the consumption of raw Pacific oysters from the Eyre Peninsula site on Friday.

“NSW Health is aware of at least 15 people who have been diagnosed with vibrio parahaemolyticus infection this month. Those who have been interviewed have reported recently eating raw Pacific oysters, which have been traced back to the Coffin Bay region of South Australia,” epidemiologist from NSW Health, Keira Glasgow said.

“Preliminary laboratory investigation suggests a link to cases identified in other states and territories.” Oyster Farm tours_SATC: Patrons on an Oyster Tour at Coffin Bay during a cruise on the Coral Adventurer. Picture Jonathan van der Knaap

West Australian authorities sent out a similar health alert on November 13, with their most recent figures notifying 17 cases of the infection since late September 2021.

“This is in contrast to an annual average of six cases of vibrio parahaemolyticus acquired in WA in the previous four years,” Dr Paul Armstrong, from WA Health, said.

Victoria Health’s chief health officer Brett Sutton alerted the public on Monday to eight cases of the infection notified in the state since October 8. One additional case has been reported in Victoria since.

The Northern Territory has seen one infection linked to the outbreak, a spokeswoman from their health department said.

Health authorities from Tasmania and the Australian Capital Territory were also contacted about possible infections linked to Coffin Bay oysters.