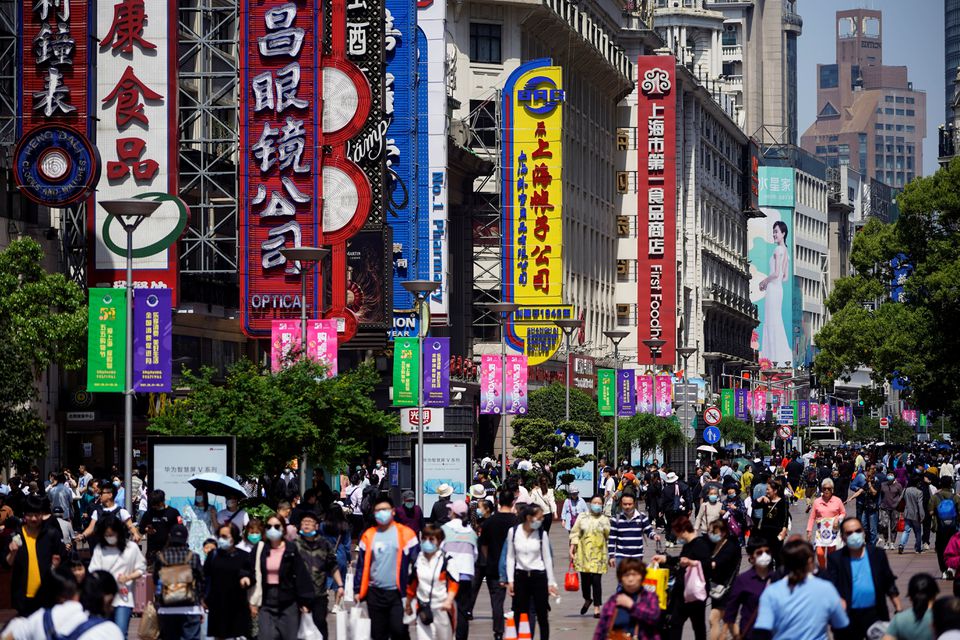 In China’s Xinjiang province authoriities have been working to remove any religious presence from the region, which has seen a million of the regions ethnic Ughurs being sent to re-education camps after accused of radical Islamic thinking, the removal from buildings of domes and minarets as they are classified as an “Arabic” import and the destruction of some 8,000 mosques.

However the authorities have not destroyed the afaq khoja mosque, but rather repurposed it’s story to fit it line with the party’s political story to make it an attraction for the ethnic Han chinese.

The afaq khoja mausoleum in Kashgar is one of the holiest places in Xinjiang, a region in the far west of China. The site is politically charged, too. Several 19th-century uprisings against Chinese rule began with rebels making a pilgrimage to the shrine, and its tomb of Afaq Khoja, a divisive figure revered by some locals as a Sufi Muslim saint, and scorned by others as a traitor. It is beautiful, with stately domes and minarets rendered as exquisite as a jewel box by tiles of green, blue, yellow and brown. To one side lies an ancient cemetery fringed with poplar trees. Its mud and brick tombs were capped with snow when Chaguan visited. As remote as it is lovely, the shrine lies closer to Baghdad than to Beijing.

Not all Muslim sites are as protected. In recent years China has worked to stamp out any hint of religious fervour in Xinjiang. Perhaps a million of the region’s ethnic-Uyghurs have been accused of radical Islamic thinking and sent to re-education camps. Domes and minarets, deemed an “Arabic” import, have been removed from many buildings. An analysis of satellite images published in September 2020 by the Australian Strategic Policy Institute, a research group, estimates that over 8,000 mosques have been destroyed. That is one-third of all those recorded in Xinjiang by a census in 2004. Xinjiang’s government insists that it has never “forcibly demolished” religious sites, and has merely improved old mosques that were unsafe in earthquakes or heavy rain, or “poorly laid-out”. The claim is not hard to disprove. In the oasis city of Hotan, Chaguan saw the bare ground where the small Gulluk Kowruk mosque stood, and visited the corner of Wenhua and Taibei Roads, from which a larger mosque has simply vanished.

Officials have not demolished the Afaq Khoja shrine. Instead they are trying to neutralise its power as a place so sacred that pilgrims would collect dust from its grounds. Their tool: mass tourism by China’s ethnic-Han majority. Their method is to link the site to Xiang Fei, or the “Fragrant Concubine”. She was a Kashgar woman who, according to Chinese legend, enraptured the 18th-century Qianlong emperor with her mysterious natural scent, after being captured and delivered to his harem. Her story appeared in print in 1892 and inspired poems, operas and a television drama in the 1990s. Early accounts call Xiang Fei the wife (or daughter) of a descendant of Afaq Khoja. Drawing on Chinese traditions venerating chaste widows, they describe her resistance to the emperor, whom she planned to stab with tiny daggers hidden in her sleeves, and her death by execution. Anxious to promote ethnic unity, Communist-era writers insist that she loved the emperor and died of illness. For decades a sign has marked her supposed tomb at the Afaq Khoja shrine. Imperial archives record a simpler tale: a Kashgar woman who became the emperor’s consort and is buried near Beijing, notes Rian Thum of Loyola University in New Orleans, in his book “The Sacred Routes of Uyghur History”.

Unfussed by historical details, officials opened a tourist park called Xiang Fei Garden in 2015. At its far northern end lies the mausoleum, relabelled “Fragrant Imperial Concubine’s Tomb”. Signs point tour groups towards Uyghur folk-dance shows and praise “soft and humble” Xiang Fei. Her purported love for China’s emperor is called a symbol of “the reunification of the motherland”. Pilgrims are discouraged by the gates and guards that surround public buildings in Xinjiang. Outside the shrine’s perimeter, Chaguan saw an old man scooping dust into a bag, but did not ask why. It is unsafe for Uyghurs to speak to foreign reporters. The same unmarked Volkswagen followed your columnist all day.

It is not just mass tourism that is changing Kashgar. The city’s old town has been largely rebuilt since 2009, with adobe-walled alleys levelled to create earthquake-proof, tourist-friendly streets lined with kebab stalls and handicrafts shops. A more recent trend has seen an influx of Han hipsters and artistic types bent on turning Uyghur traditions into profit. Oppressive security, involving cameras and police checkpoints at every turn, does not deter them.

Chaguan met a young photographer from Dali, a city in southern China, taking wedding pictures of a Han couple in Uyghur robes. The couple wanted a “special ethnic look”, his helper explained. Nearby, on Baishiairike Alley, a café called Zebra Commune was opened in 2019 by a couple from the south-western city of Chengdu. A post on Dianping, a review website, enthuses: “I’m so pleased a shop is finally doing southern Xinjiang culture right.” In a video blog the co-founder, Wang Li (who prefers the name Mrs Zebra), shows off herbal teas sold in the café’s carpet-bedecked halls, as well as a narrow tower she calls her little secret place. More jarringly, a posting by her husband, “Mr Zebra”, admits that, when they first arrived, bicycles outside their café had tyres slashed, and excrement was left on their steps. He ascribes this to “misunderstandings” caused by “the unique nature of the space”.

A colony by any other name

That is an understatement. Zebra Commune is a former mosque, its quaint tower a minaret with its crescent moon knocked off. Photographs from 2014 show a bustling place of worship, with a dozen people praying on rugs outside. The café recently closed, prompting dismay from a Kashgar official who praised the couple online for investing so much work in the business. Another ex-mosque, in Areya Road, was a bar until it closed in October, hit by a covid-induced lull in tourism. Online, Chinese travellers praise its generous measures of alcohol. A public lavatory, labelled “Tourist Toilet”, fills much of the ground floor.

Asked where a prayer service might be found, a man named the city’s largest mosque, the Idh Kah, then hurried off. An unscientific survey of the old town found six mosques locked shut, with dead leaves and other debris littering their courtyards. Several had lost domes, minarets and crescent moons. Strolling tourists could easily miss their former purpose. Many might not care. To smother a culture, it turns out, tour buses are as effective as bulldozers.