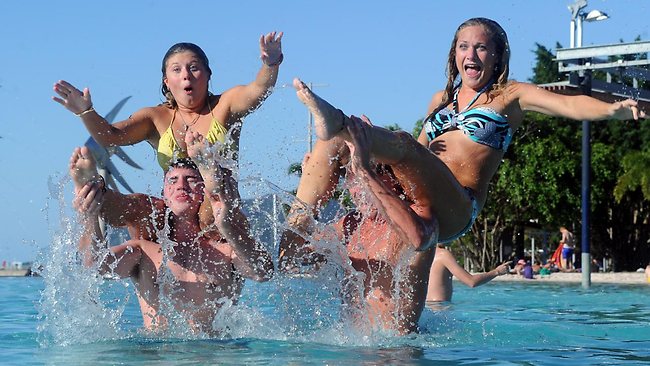 THE future of the great Australian road trip is under threat as young people increasingly turn their back on driving holidays and embrace cheap airfares instead.

The number of Australians aged under 30 taking driving-only domestic holidays dropped five per cent to 54 per cent in the past five years, Roy Morgan Research shows.

While the average price of petrol nationally rose to 143 cents last week, domestic airfares have fallen significantly in recent years thanks to strong competition between low-fare airlines such as Jetstar and Tiger Airways.

The Bureau of Infrastructure, Transport and and Regional Economics discounted airfare index fell to 62 last month, down from a high of 118 in September 2003.

The index measures the lowest available fare in each fare class, weighted over selected routes.

“Young Australians are travelling overseas more now than they were a year ago and some of them are foregoing a domestic holiday so they can save up and travel overseas,” Roy Morgan Research director of tourism, travel and leisure Jane Ianniello said.

“When they are travelling domestically more of them are deciding to fly.

“Young people are particularly interested in short breaks and going to Melbourne or Sydney for a long weekend has become far more popular. Driving holidays have become less popular as a result.

Tiger Airways often has fares for sale between Melbourne and Sydney from around $55.

The flight takes just over an hour, while driving the same route takes around ten hours and costs significantly more.

The airline is also launching new routes to Mackay from both cities this week.

Tiger is also introducing its first intrastate route in NSW between Sydney and Coffs Harbour in February, with sale fares from $29.95.

Jetstar Australia and New Zealand CEO David Hall said more than four million people have flown with the airline for less than $50 since its first flight eight years ago – often less than the cost of a tank of petrol and airport parking.

“There has been a huge shift in the way we travel,” he said.

“People would have to save for months to be able to visit their family in another state and now customers can fly for under $100 to almost anywhere across Australia.”

The Roy Morgan research found the number of 25 to 34 year olds taking driving holidays fell just over one per cent to 60 per cent over the past five years and 50 to 64 year olds fell nearly two per cent to 57 per cent.

The number of 35 to 49 year olds and over 65s taking driving holidays had remained around 64 per cent and 54 per cent respectively.

Australian Automobile Association spokesman James Goodwin said people should be aware of the hidden costs associated with cheap flights, such as taxis to the airport and airport parking.

“A driving holiday can work out cheaper,” he said.

“Certain demographics will have different preferences which suit their lifestyle but driving holidays are always going to be part of the mix.

“They give you the freedom to explore and flexibility no other holiday can give.”

Flights with Tiger Airways from $29.95

Flights with Tiger Airways from $39.95

Flights with Tiger Airways from $39.95

Flights with Tiger Airways from $29.95

* Based on fuel consumption of Australia’s best-selling car, the Mazda3 Neo automatic, of unleaded petrol at the average pump price in each city on Friday December 14