Campese vs Deans = the real match of the century 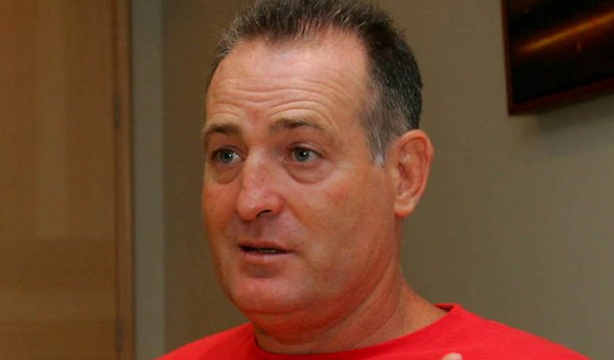 One of Australia’s most beloved sportsmen, Wallaby great David Campese, has exhibited his disdain for unsuccessful Wallabies coach Robbie Deans. In a similarly uncharacteristic attack, the NRL’s Hazem El Masri earlier this week said what he really thought about Sonny Bill Williams.

ROBBIE Deans has deflected criticism by Wallabies legend David Campese, who has accused him of “destroying Australian rugby” and called for him to be sacked as Australia’s coach.

Campese launched a scathing attack on Deans in an article in The Daily Telegraph in London.

“Deans has destroyed Australian rugby and I want him to go,” the outspoken Campese said. “We’ve got a team at the moment that can’t catch and can’t pass.

“Wallaby teams in the past were never like this. Anyone who knows anything about Australian rugby knows what it is famous for loops, angles, switches, counter-attack, creative play. Where’s all that gone? We can’t even pass properly.

“As for Deans I just don’t know why we had to go and get a foreign coach when we’ve won two World Cups with our own coaches.”

Deans was asked to respond to Campese’s comments at a media conference in London, but did not want to become involved in a slanging match with the former Test winger.

“It’s great David is passionate about the game still and in particular the Wallabies jersey,” Deans said diplomatically.

“I really don’t want to comment any further. I don’t see any benefit in wading into this.”

But Deans accepted that criticism of the Wallabies’ performance in their 33-6 loss to France in Paris last Sunday was valid.

“It’s fair under the circumstances,” Deans said. “We are not happy with our performance either. It’s understandable.

“People are entitled to their opinion. It’s part of the territory.

“Most importantly it was a performance we weren’t proud of. We want to address it and that’s where all our time and energy is going.”

One of the biggest criticisms of the Wallabies has been around their attacking game, which has resulted in only 12 tries in 12 Tests this year.

Deans said he had encouraged the Wallabies to use the ball more in their Test against England at Twickenham on Sunday.

“A good starting point for us is to accept and meet those challenges because it won’t matter what we bring to the game if we don’t.

“From there we obviously have to be a lot more effective in our own attack. The use of the ball we’ve got to ask more. We can’t be one-dimensional.

“We want to feel better about ourselves when we walk off the park and there’s a number of things we’ve got to do to do that.

“It was a tired effort last week. We’ve got to have more energy and if we stand and watch, the result won’t be dissimilar.”

Deans described England, rebuilding under coach Stuart Lancaster, as a team on the rise.