Cairns Airport redeveloped for $1b – by Kiwis 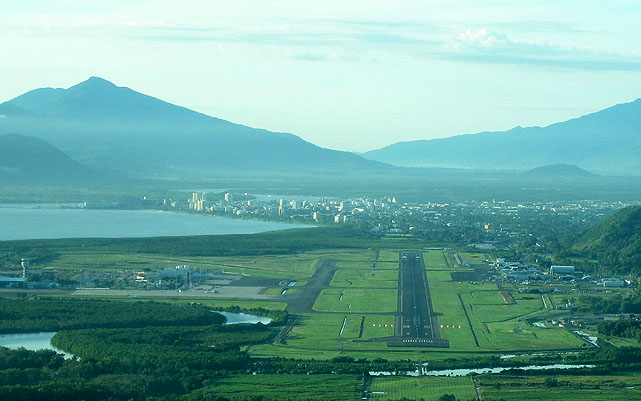 A $1 billion 20-year redevelopment of Cairns Airport, cleared for take-off by the State Government yesterday, will generate almost $1 billion extra a year and employ 5300 more people.

During construction more than 2000 workers will be needed to build anaviation enterprise precinct on the eastern side of the runway and a commercial sector on the western side near the Captain Cook Highway, where general aviation is now.

Airport chief executive Kevin Brown hopes the first stage of construction, stabilisation and other earthworks on the 100 ha aviation enterprise precinct will start within two years.

Auckland International Airport Ltd has announced it is buying a 24.55 per cent stake in North Queensland Airports, operators of Cairns and Mackay Airports, from Westpac Bank for A$132.8m (NZ$166m).

“Since indicating in March 2009 that we would pursue opportunistic but carefully selected step-outs, we’ve looked at a range of opportunities to drive synergies and volume for our core business at Auckland,” said Auckland Airport CEO Simon Moutter in a January 11 statement. “New Zealand has underperformed against Australia in gaining a share of Asian tourism, so we have decided to take a position in the Australian market in an effort to get better connected and lift our market share. While our primary focus remains direct Asian connections with Auckland, an important stepping-stone is to strengthen connections with other strategically located airports.”

Cairns and Mackay airports were privatised by the Queensland state government in 2008, with the $530 million sale of Cairns Airport, Australia’s seventh busiest, finalised on December 23 that year.