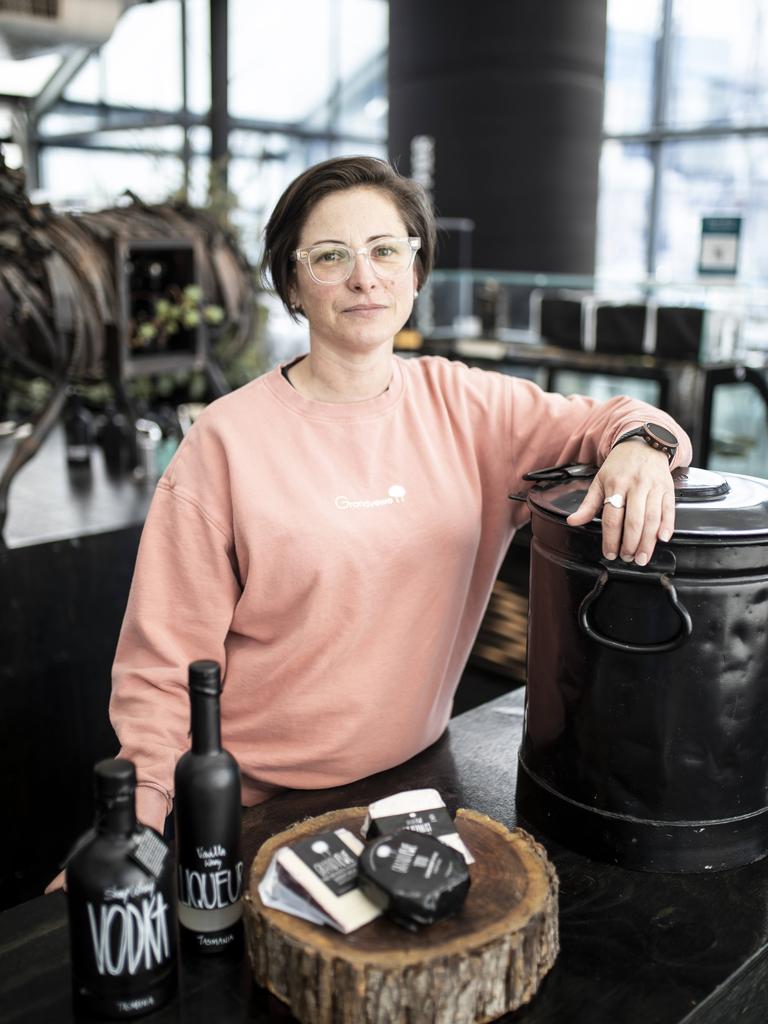 Tasmanian businesses are calling for clarity from the government on when travel restrictions would be eased. Premier Peter Gutwein is focused on a 90% vaccination rate while TCCI CEO Michael Bailey says that businesses need certainty.

Robert Mallett CEO of Tasmanian Small Business Council said the lack of interstate visitors was hurting local businesses and it was time to set a course for reopening.

“It is time to set a clear date to lower the drawbridge, and it needs to be before Christmas”. he said.

Peak business groups have appealed to the state government to provide greater certainty about when travel restrictions would be eased.

Premier Peter Gutwein says he is waiting for 90 per cent vaccination rates before opening up.

But TCCI CEO Michael Bailey says that what is needed is certainty.

“Businesses need certainty regarding the easing of border restrictions and the TCCI has asked for a briefing from the Government so that we can raise directly with them some of the feedback from our members,” he said. 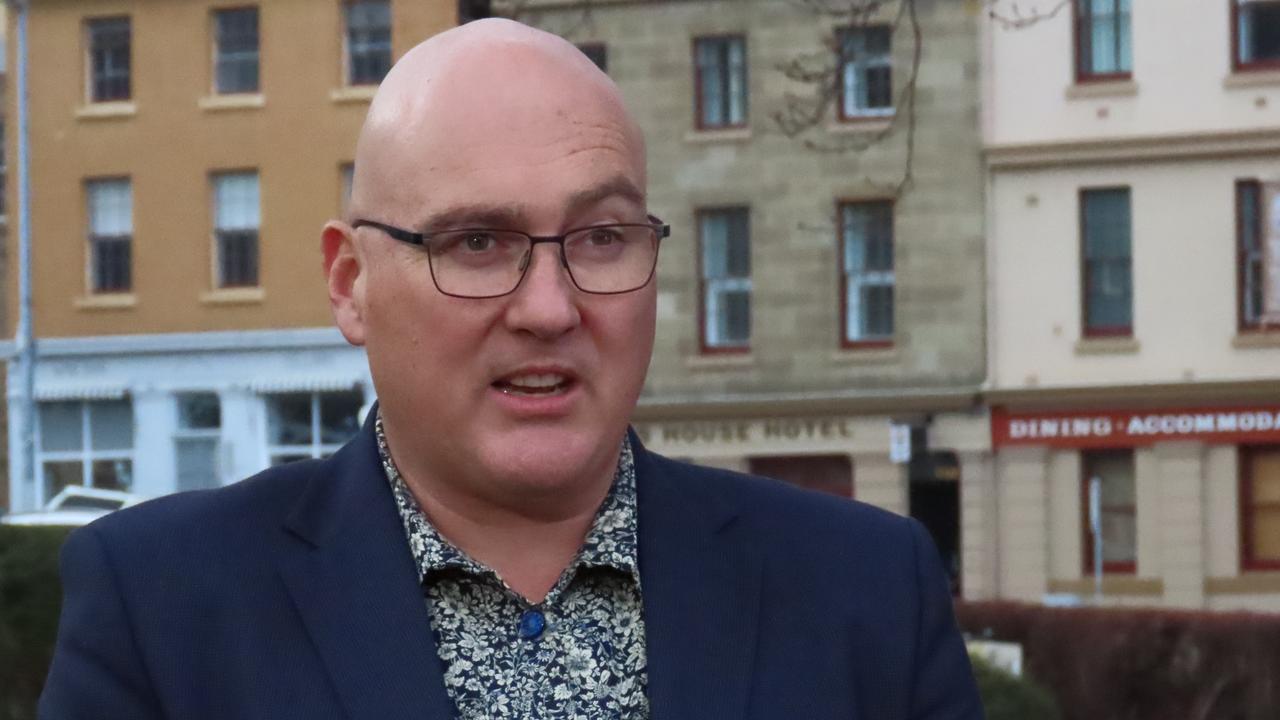 “We have always said that it was going to be more difficult to lift the Covid restrictions than it was to implement them.

“The Government has done a fantastic job keeping the State safe, but the next few months may be the most challenging part of the entire pandemic.

Government agrees to stick to.”

The state government has cautioned against opening up too early, saying that it is aiming for 90 per cent vaccination rates.

Liberal Minister Sarah Courtney said on Thursday that vaccination was the key to reopening.

“Well the rate of vaccination take up in Tasmania is really strong so I’m very hopeful that we’re going to be able to achieve that.

“I know as the minister for Hospitality, Events and Tourism, that ensuring that we can provide that clarity to industry, as well as the Tasmanians is really important going into the summer months.

“We do recognise the importance of having a pathway for our borders to open importantly for our tourism and hospitality industries.” 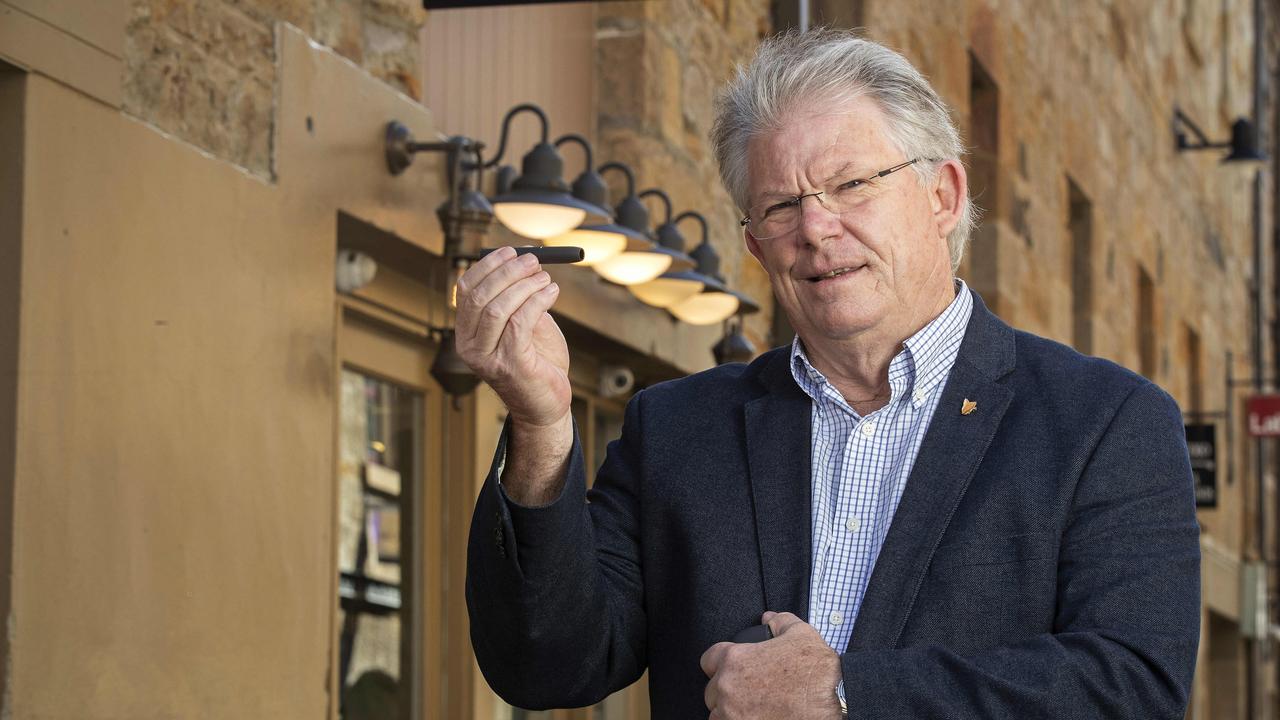 Tasmanian Small Business Council CEO Robert Mallett said the lack of interstate visitors was hurting local business — and it was time to set a course for reopening.

“It is time to set a clear date to lower the drawbridge, and it needs to be before Christmas.

“Central Hobart and Launceston are way too quiet for this time of the year, we need our visitors back,” he said.

“People are booking their summer holidays now, and we may end up in a situation where by the time the Government finally settles on a date to reopen our borders it could be too late to take advantage of the massive pent-up demand for travel in New South Wales and Victoria.”

What could be a bumper first quarter of 2022 for tourism operators is under threat by the state government “changing the goalposts”, operators say.

Tasmania’s tight border restrictions have been attributed to keeping the community Covid-free, but approaching what is typically a gangbuster season for the tourism sector, even the most patient vendors are getting anxious.

Grandvewe Cheese co-owner Nicole Gilliver said her experience-based agritourism venture had been thriving seven days a week at the farm in Birchs Bay and the shopfront at Brooke St Pier.

But her trade has cut to Friday-Sunday at Grandvewe Farm and Friday-Monday at the Pier in Hobart.

“If they don’t give solid green lights on no more border measures, there’ll be no way we could work as we did historically,” she said.

“I would like our state government to stick to the national plan which was borders open at 80 per cent,” she said.

“I understand that some people will think that 80 per cent will be dangerous and that no life should be lost.

“That’s just not realistic of how we live day-to-day. 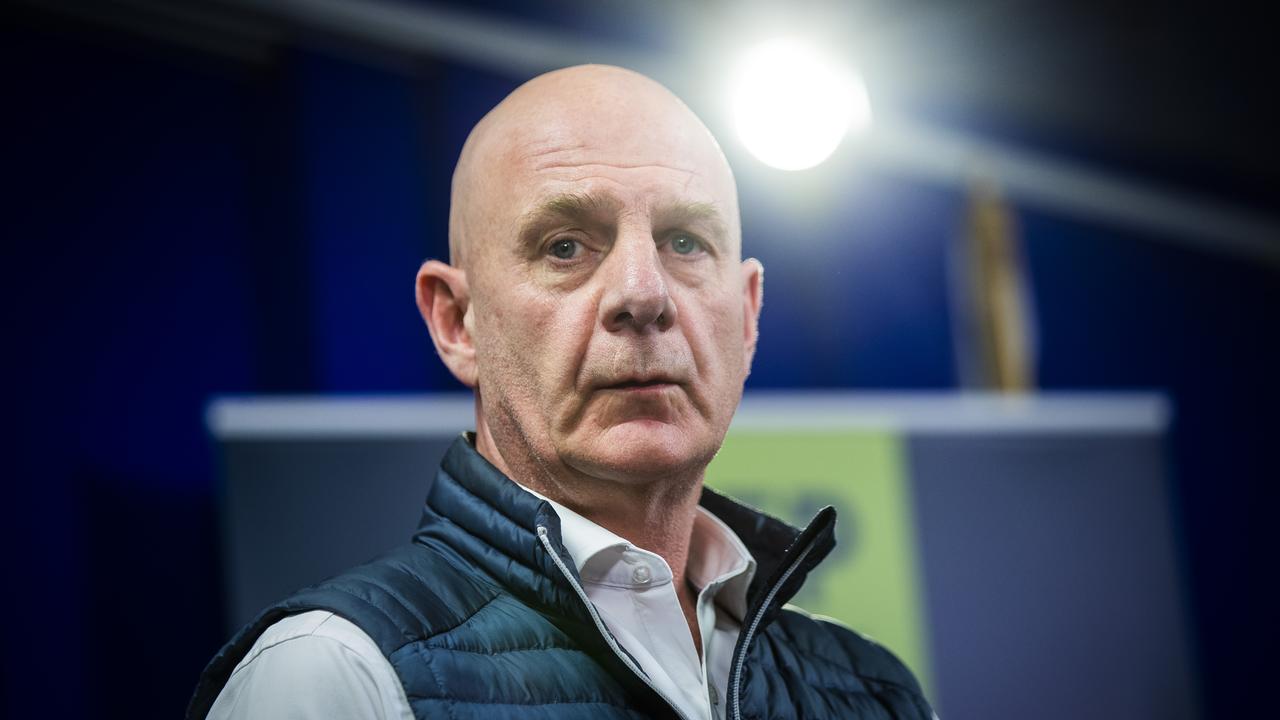 I just think it’s up to the politicians to really properly understand what the collective risk tolerance is amongst Tasmanians and make the judgement accordingly and then stick to it, for God’s sakes.”

Premier Peter Gutwein said on Wednesday modelling suggested opening Tasmania’s borders with 80 per cent of the eligible population vaccinated would cause 100 deaths within six months.

“We’re going to have the benefit of watching one of the largest social and health experiments in the country’s history unfold as (Vic and NSW) attempt to bring their communities broadly into line with where we are here in Tasmania today,” Mr Gutwein said.

But Ms Gilliver said Mr Gutwein was “changing the goalposts” and “knee-jerking all over the place”. 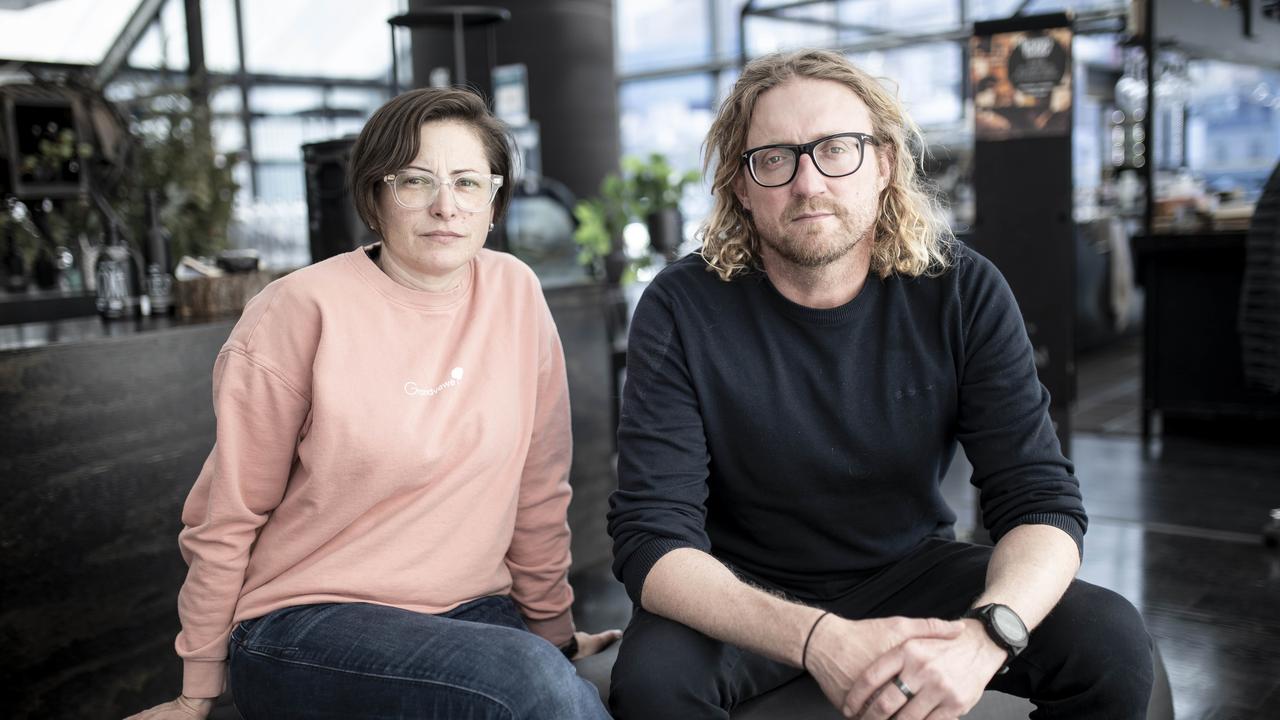 She said this pattern threatened businesses which could benefit from the predicted influx of “pent up demand” if borders reopened in time for summer.

“In the tourism space for the next three to six months, if they stuck to the national plan and opened up in November then I see no reason why we can’t have almost a record first calendar quarter of 2022,” she said.

Rob Peart, who manages Brooke Street Pier and Peppermint Bay, said the Pier was “hit hard” on weekdays, when the Hobart Waterfront was deserted.

He hoped to have the state open by Christmas, but acknowledged it was a complex decision.

“It’s just been a long winter,” he said. Tourism Industry Council of Tasmania CEO Luke Martin said the industry didn’t have the health expertise to comment on a suitable vaccine target.

“But we do know our industry, and there is no sugar coating the considerable uncertainty and stress many businesses and their employees are under,” he said.

“Christmas is the crucial deadline for a strong summer season. If we are not open by then, I shudder at the implications for the whole economy. “We have confidence in the Premier, who has always been very upfront and clear with us about the expectations he has on when we open.

“The key message I took from his commentary today, is that if you are a Tasmanian able to get vaccinated, for the sake of yourself and your community, just do it.”

Aloft restaurant owner Christian Ryan said it was a “scary thought” not to have certainty heading into their most lucrative trading season from November to April. 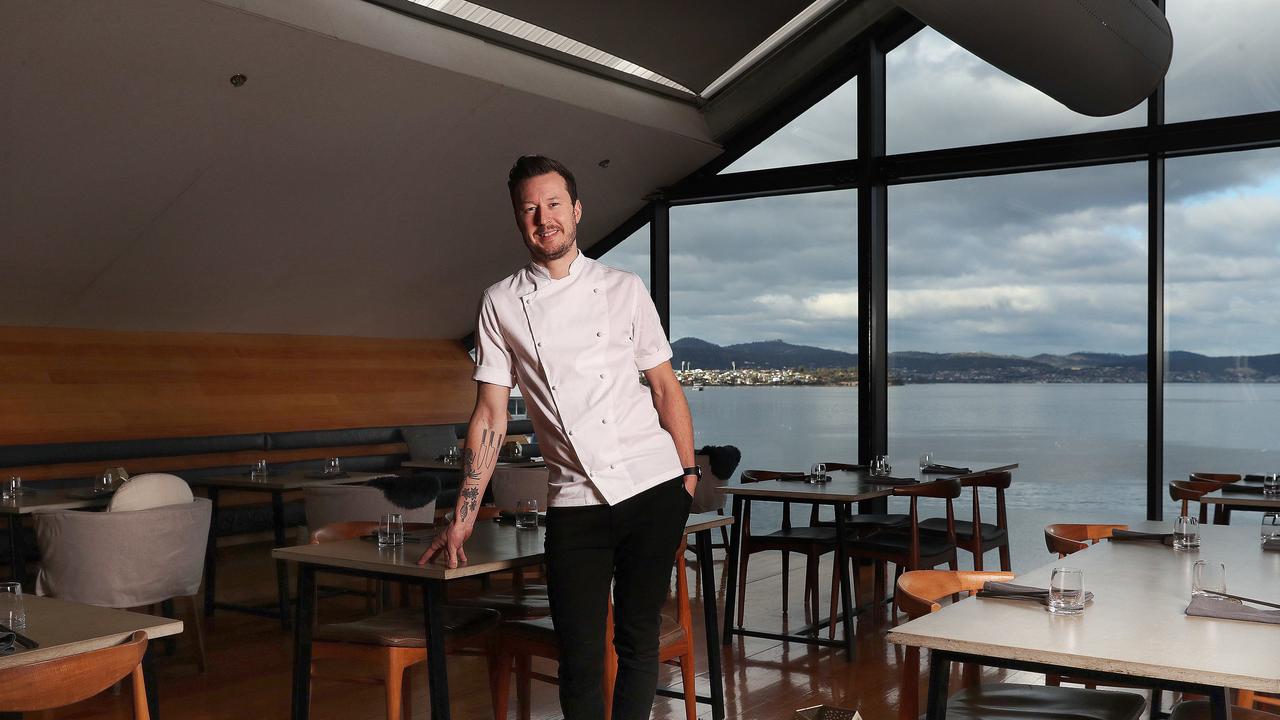 Christian Ryan chef and owner at Aloft restaurant in Hobart. He is encouraging people to come out and support local restaurants who are suffering due to the lack of interstate visitors. Picture: Nikki Davis-Jones

“You want to keep your staff on because you know eventually it is going to get really busy,” he said.

“We’ve lost a huge amount of customers since (NSW and Victoria) closed, and a lot of other states have been more hesitant to come down.

“We can’t keep Covid out forever and that’s something we’re going to have to live with.”