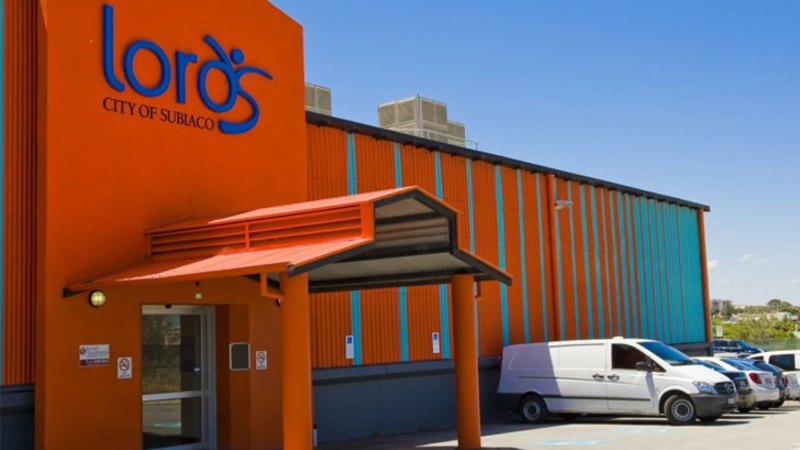 A report attributed to the city of Subiaco community and development services has found a number of issues from the Lords Recreation Centre.

Subiaco’s Lords Recreation Centre is reportedly falling apart, with roof leaks, collapsing gutters and a “domestic quality” spa beyond repair all listed in a damning City report on the facility.

In the report seen by PerthNow this week, a raft of problems listed includes pool heating issues, consistent roof leaks on courts affecting regular Sunday morning bookings, the collapse of a 15m gutter and a 25-year-old spa set for removal.

The report – attributed to City of Subiaco community and development services director Alexander Petrovski – labelled the matters at the centre “unusual”, occurring in “quick succession” and risked an increase in community queries.

According to the report, the centre’s spa is of “domestic quality and does not comply with the current code”.

“The spa is regularly out of order due to the inconsistent chemical readings and water leakage,” it said.

“Recently, the number of defects occurring to the spa has increased given its age.”

The report said due to the maintenance of the spa being “less effective” and costly to the City, it has ordered it to be decommissioned.

“A communications plan is being prepared to manage customer relations,” it said.

The report also noted the pool temperature recently “unexpectedly dropped” from 30 degrees to 26 degrees after the water heaters – designed for “residential use” – failed to function.

It said over the recent September long weekend, a significant amount of rain caused several roof leaks on the sports courts, forcing courts 1, 3 and 9 to be closed and bookings postponed.

According to the report, a regular Sunday morning booking has been affected over the past three months by roof leaks making the courts slippery and risking injury to players.

“Staff are aware of the leaks and manage these daily when it is wet,” it said.

“Contractors have been engaged to carry out repairs on the roof”.

The report also noted part of a 15-metre gutter covering – which had been replaced at the end of 2020 – recently collapsed on a footpath near the centre’s entrance.

It said the cause was “under investigation” but the report said no one was injured and property was not damaged.

The City this year earmarked $2,415,000 for Building Facilities Improvements including Lords Recreation Centre, which will receive $530,000 in funding.

City of Subiaco chief executive Colin Cameron said it was “not unusual” for a few maintenance requirements to occur within a short period of time at any facility.

Mayor Penny Taylor said since she came to council, “significant maintenance work” at the centre had been raised by City staff but there was “little appetite” from council members.

“Lords Recreation Centre is an ageing infrastructure asset of the City of Subiaco which has been running at a loss for over five years,” she said.

“The lack of money put to its upkeep is apparent in the existing maintenance issues …. the refusal of council to address this will not make the safety issues go away.”