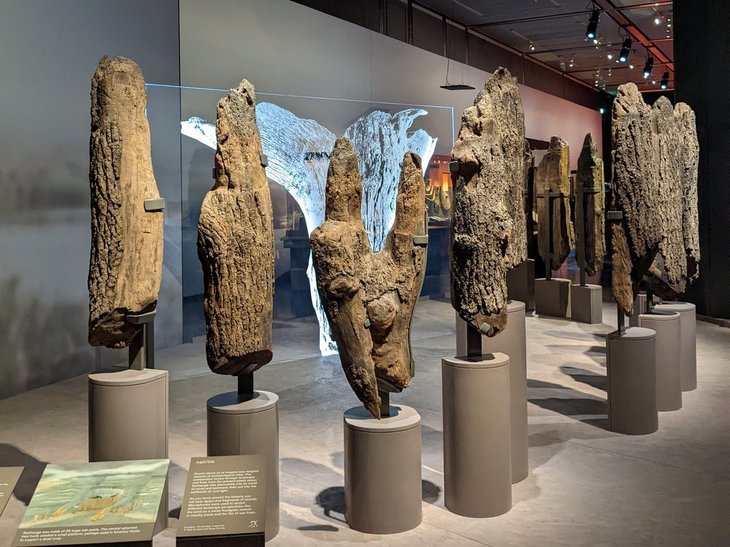 The British Museum has acquired hundreds of artifacts on loan to give visitors an idea of the world in which Stonehenge was built (bronze age Europe).

“The mystery of Stonehenge is a source of enduring fascination for every generation who visit or catch a glimpse of its distinctive silhouette,” said Neil Wilkin, lead curator of the exhibition.

With the goal of creating the most detailed image of the world in which Stonehenge was built, the British Museum has acquired hundreds of artifacts on loan to present the full panoply of Bronze Age Europe; the people’s beliefs, capabilities, and knowledge.

Seven countries have sent some of the most precious and extraordinary Bronze Age finds of the period (2,500 BCE) for the exhibit. Placed together they reveal a sophisticated understanding of astronomy, metalworking, and foreign trade routes.

“It’s almost like we’ve become over-familiar with the monument but the context and the people are missing from the picture,” said Neil Wilkin, lead curator of the exhibition. “We only really understand the monument if you understand what is happening in that world at the time it is built.”

Stonehenge was built around 4,500 years ago, during a period where few distinctive features interrupted the natural scenery save these stone circles. However, we now know that timber circles would have been much more common.

Among the exhibited items will be part of “Seahenge” or “Stonehenge of the Sea.” Seahenge is the overturned stump of a massive oak tree, its roots reaching up like the tentacles of a sea creature, which emerged from the sands of a remote Norfolk beach in 1998. Surrounded by a circle of partially-skinned timber poles 6.6 meters in diameter, it’s a fascinating example of a timber circle.

It’s believed the platform amid the roots of the oak stump is where dead members of the community would be laid during funeral ceremonies, while during Midsummer, the rising sun shines directly through the entranceway of the circle. Whether its placement by the sea held any significance, experts can’t say for certain.

LOOK: One of the Largest ‘Sea Dragon’ Fossils Ever Found in Britain Unearthed As a Complete Ichthyosaur

“We know about some aspects of the monument, including that it was constructed in the spring and summer of 2049 BC, from mighty oaks,” says Dr. Jennifer Wexler, project curator of The World of Stonehenge. “But there’s much that still eludes us, including exactly what it was used for.”

Study of the sky

Many of the exhibit objects are made of gold or bronze, and are thought to depict movements of the moon, the sun, and the stars.

Undoubtedly the most striking is the Nebra Sky Disk, one of the two oldest depictions of the cosmos ever found.

It was buried 3,600 years ago, but archeologists have no way of knowing when it was made. Forged of bronze and gold and found in Germany, it took some time to decipher what the symbols on it meant.

The large circle is determined to be the sun, while the crescent is the moon. The stars in between them is the Cassiopeia constellation, the stars below, Orion’s belt.

The dense cluster of stars above is the Pleiades constellation, which scientists know from Ancient Greece to be an agricultural marker.

Another thought-to-be astronomical calendar is a pair of conical gold hats also found in Germany, and also made around 1,600 years ago, that featured bands of stamped circles and flat spaces. Archeologists believe that at minimum, the hat was worn by someone with tremendous social status—likely within a Sun cult, which were so common as to be almost universal in Europe at that time.

Similar in concept is a disc of bronze made 3,400 years ago in Denmark. Inlaid with images of what is also probably the sun, the disc was meant to be attached to a woman’s belt.

“The mystery of Stonehenge is a source of enduring fascination for every generation
who visit or catch a glimpse of its distinctive silhouette,” said Wilkin.

MORE: Stunning 2,000-Year-old Glass Bowl is Still Flawless After Archaeologists Dig it Up in Netherlands

“This landmark exhibition will begin to reveal its secrets by setting this great monument in the context of a period of radical change on these islands, and by bringing together exceptional objects that shed new light on its meaning and significance.”