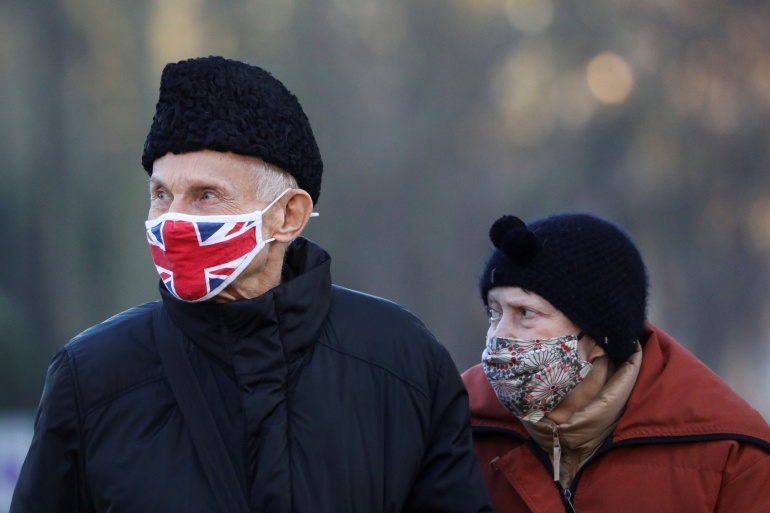 The world is watching Britain as it experiences its 4th covid wave. Britain famously ended its lockdown with freedom day back in July now, however, covid is returning into Britains everyday life.

Covid cases are currently affecting the young and unvaccinated. The 16+ group has only just been allowed to receive the vaccine. The country is sourcing Pfizer vaccines for its vaccination program and issuing booster shots.

London | For several glorious weeks in September-October, life in Britain was almost pre-COVID normal.No more obsessively checking the number of cases and deaths. No more glowering at people who weren’t wearing masks. No more worrying that Prime Minister Boris Johnson was going to do the right thing to stem the pandemic, but so late that it would basically be the wrong thing.COVID headlines dried up. Britain could move on to bickering about Brexit, petrol station queues and the cost of countering climate change. It was like the good old days.

Quietly, anecdotally, and in the background, though, the coronavirus was demanding to be noticed. People were catching it. Kids were off school, then their parents were struck down. It wasn’t in the news, but it was there, in conversation and in everyday life.

And now it’s properly back. On Friday, the daily number of positive cases climbed above 50,000 for the first time since Britain’s epic lockdown ended on July 19. The caseload is up 17 per cent in a week. On Tuesday, a daily death toll of 223 was the highest since early March.

As if to confirm things had become truly serious, Britain’s celebrity Dr Doom, the Imperial College epidemiologist Neil Ferguson, returned to the airwaves. His most optimistic comment: “I don’t think there’s a reason to panic right now.”

“Coming into the winter, there may be a Plan B which needs to be implemented, which involves some rolling back of [easing] measures,” he told the BBC.

Britain’s journey into winter, and what now looks very much like another COVID-19 wave – one that is also breaking across central and eastern Europe – will be keenly watched around the world, particularly in Australia.

Can the world’s most flamboyant “living with COVID-19” experiment withstand this surge? Is a massive vaccination rollout not, in fact, enough to downgrade the pandemic from existential threat to quotidian nuisance?

But some of the health system’s top brass are warning that if Johnson’s emergency “Plan B” – work from home, wear masks, avoid large indoor gatherings – remains stuck in his pocket, hospitals could start to buckle under the strain.

So far, the biggest strain is on the government. On Wednesday, Business Secretary Kwasi Kwarteng told morning radio that there was no prospect of a fresh lockdown, everything was under control, and he’d be holding a work Christmas party indoors.

By the afternoon, Health Secretary Sajid Javid was telling live television that there could be 100,000 cases a day during the winter, and everybody had to act more cautiously in their social lives, and get their jabs – otherwise Plan B might be on the cards.

The confusion prompted Johnson himself to surface on Thursday, telling the media that he wanted to keep calm and carry on.

“The numbers of infections are high, but we are within the parameters of what the predictions were … what [scientific modellers] said we would be at this stage given the steps we are taking,” he said.

Johnson’s view, and that of many others, is pretty simple: even if cases surge, the population is jabbed up; so the number of hospitalisations and deaths will remain at tolerable levels.

Nobody has formally defined “tolerable”. The implicit benchmark seems to be “no worse than flu”; and during the period COVID was out of the headlines, barely anybody in Britain was blinking at 120 to 150 deaths a day. A bad flu season can carry off 20,000 people.

To the extent that the virus is creeping back, it is heavily skewed to the unvaccinated young – under-16s have only just been included in the rollout – and their parents. And, of course, to the 5 million British adults who have so far chosen not to get the jab.

To the extent that the new wave is hospitalising people, it is mostly the old and vulnerable – who would also be highly likely to be hospitalised if they had flu.

But there are still concerns. The booster jabs – a third dose for those whose immunity is likely to be waning because their previous two-dose course was more than six months ago – have been a bit slow to get out the door, as have the jabs for kids.

Only 1.3 million of the 2.3 million over-80s eligible for a booster have had one, and two-thirds of care home residents are still waiting for a booster jab, despite a November 1 deadline. Only 13 per cent of English children (aged 12 to 16) have had their first jab, and only 17 per cent of 16- and 17-year-olds are fully jabbed.

The government is now pulling out all the stops for these groups. It also recognises that Britain is in danger of being a victim of its own success: having jabbed people so early, the vaccines’ protection is waning at just the wrong moment, with winter approaching.

Some media reports say the government might offer jabs to people over 50 who had their second dose five months ago, rather than six – adding another 9 million potential candidates for a booster.

Another idea is to redefine “fully jabbed” for the over-50s as having had three doses, to drive take-up.

The government has also been busily buying up stocks of the two promising antiviral drugs being developed by Merck and Pfizer. When these get regulatory approval, they may make further inroads against the grim death toll.

For now, then, the government is pinning its faith on pharmaceuticals. But even as Britons continue revelling in the freedom to return to the office, visit the pub and go to the gym, eyes are anxiously flicking to the steadily ticking COVID-19 data dashboard.

“I doubt that we’ll ever get close to [the] lockdown we were in back in January of this year,” Ferguson said. “But we’re not completely out of the woods yet.”