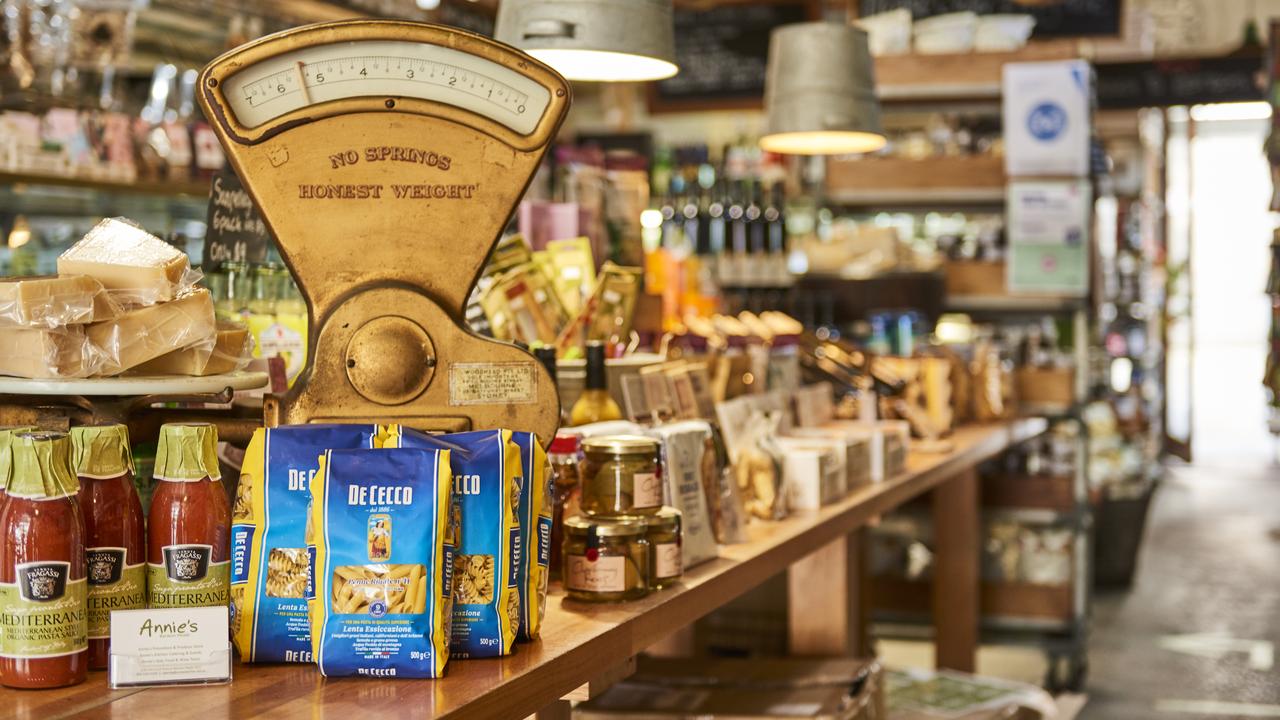 Annie’s in Barwon heads come from humble beginnings, starting as a humble deli given 6 months when they first opened is now joining forces with Point Lonsdale Surf Life Saving Club, as the caterer for the newly completed multimillion-dollar clubhouse.

CHANGE is brewing for one of the hospitality mainstays of Barwon Heads. And for a business like Annie’s Provedore & Produce Store, which has built up a near 17-year history based on enduring quality, that’s saying something.

In one sense, the change will not be noticeable at all; the provedore is staying put on Hitchcock Ave in all it’s jam-packed, Euro-centric glory. But it is also getting ready to spread its wings.

Annie’s is teaming up with Point Lonsdale Surf Life Saving Club as the caterer for the newly completed multimillion-dollar clubhouse.

Annie’s is the brainchild of Andrea Orchard, the child of Werribee South market gardeners who has remained true to her Italian heritage while making a business for herself in a quintessentially Australian beachside town.

Andrea has always worked in hospitality but Annie’s was something she had wanted to do for a long time before she finally took the plunge.

When she started, the focus was more on the deli and grocery side of things. Now Andrea sees the provedore as something more – a community equally for the four blokes who turn up at 7am every day for their coffee as those happy with their own company.

“It becomes a place for people to come and share their stories at the end of the day. That’s what I’m all about and that’s what my team’s all about. Coming from a hospitality background, Italian background, that for me is all it is,” Andrea says.

“One fellow said it’s like walking in and getting a big hug, a big, Italian nonna’s hug.

“To me it’s about service and people walking away going ‘I just love the way I feel when I come in here’. That’s everything for me.

“Certainly when I opened there was nothing like this in Barwon Heads. People gave me six months because it was purely Italian fare. It was quite out of the box, that’s for sure.

“You could shoot a cannon down the middle of the street in winter. Now it’s definitely more evenly spread across the year.

“It’s been amazing to watch it grow and become such an anchor, so to speak, to then other businesses opening as well.”

Of course, it wasn’t just the locals who had some catching up to do. Andrea confides that while she’d heard of Tour de France winner Cadel Evans by name she didn’t associate it with the cyclist who regularly stopped by for a coffee. Fifteen years on, Andrea now counts both Cadel and his ex-wife Chiara as close friends.

Coffee and cycling go together as much as middle-aged men and Lycra, so when a cyclist of the stature of Cadel singles out your brew for praise, you know it must be something out of the ordinary.

To celebrate the 10th anniversary of his most famous victory, Cadel this year named his top 10 Surf Coast spots and had this to say about Annie’s: “It’s no secret that this is one of my favourite places to get a coffee and food before, during or after a ride when I’m home in Barwon Heads. The cafe, deli and food store has everything you need and always supports local suppliers.”

But you get the feeling that celebrity endorsement alone is not what makes Annie’s such a focal point. Step inside and its floor-to-ceiling shelves, benches and counters laden with all manner of groceries and it’s clear that it is not just all about the coffee.

Andrea says the secret to Annie’s coffee appeal is a combination good beans from Geelong Coffee Roasters and a flavour profile that is more in keeping with Italian-style coffee and more chocolate than floral-driven.

“Cadel’s always really enjoyed our coffee, because I know he loves his coffee,” Andrea says.

“At the end of the day we just want to do a really good coffee.

“We don’t have any branding with the coffee. We happily tell people what we use, we’re not trying to hide that either, but we’re not doing the umbrellas. That’s not part of our look and feel here.

“Consistency’s the key. Always consistently good coffee – like they do in Italy. They just bang it out, one after another. That’s what we’re about.”

Even so, Annie’s was not immune to the effects of the Covid pandemic, Her regular food and wine tours to Italy remain on hold but there were silver linings. The store is now completely online and the take-home range has been expanded to meet demand.

It was the catering arm that allowed the business to flip to home deliveries relatively seamlessly because all the necessary infrastructure was already in place. Andrea now rents half the entire two-storey building in which the provedore is located, with kitchens, offices and a “whole other team” on the first floor. But the Point Lonsdale SLSC partnership gives the business its own venue for the first time.

“The main thing for us is this amazing venue space that seats 140 people and can do 200 stand ups,” she enthuses.

“Right over the dunes from the beach, the beautiful structure, it’s got all that space downstairs and the lawned area – that was our main motivation when they approached us, that venue space.”

Another change to the business comes next month. Although Annie’s Provedore is now closed for dinner, to coincide with the September school holidays it will be opening late afternoon as Annie’s Enoteca – essentially a wine and cheese bar.

Everyone will still be able to shop as normal, but from 4pm there will be cheese boards and selected cheeses and different wines on offer.

Andrea says her team is “a little bit excited” about the prospect of exposing customers to great cheeses and wines – both Italian and local.

“I am very privileged to have some of the best contacts in this industry, whether it’s here or Italy, so it’s an opportunity once again to push the envelope in exposing people to some wines they may never have tried before,” she says.

Annie’s Provedore & Produce Store is open for breakfast from 6.30am-3pm and lunch from noon-3pm at 2/50 Hitchcock Ave, Barwon Heads. Annie’s Enoteca will be open from 4pm-8.30pm from September 18.