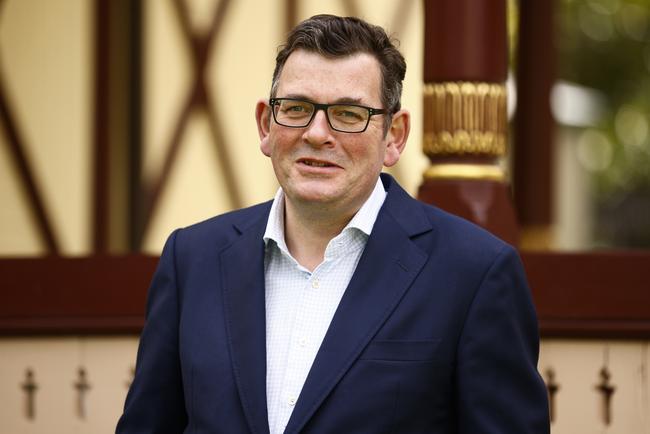 Victorian Premier Daniel Andrews has been blindsided as the Prime Minster Scott Morrision sends an additional 400,000 vaccines to Victoria, as he found out from a journalist.

The announcement comes as millions of additional vaccines are on there way to Australia from Europe.

The Victorian Premier said he only learned about a shipment of extra coronavirus jabs headed for his state from a journalist – after the Prime Minister announced the news earlier on Sunday.

Scott Morrison told reporters shortly after 11am Victoria would get more than 400,000 vaccine doses this month as part of a “blitz” to help stem the state’s Delta outbreak.

Daniel Andrews was holding a simultaneous press conference and was told about the shipment by a reporter.

He was asked if he had been given a “heads up” by the Prime minister.

“No,” Mr Andrews responded, before adding: “Maybe while I’ve been talking to you there was a missed call on my phone.”

The Premier said the announcement was “fantastic news”.

“I’m delighted to know that … That’s fantastic news. Let’s get them into arms, that’s what I’m about.

“And maybe if they’d been ordered last year, they’d be in arms already.” 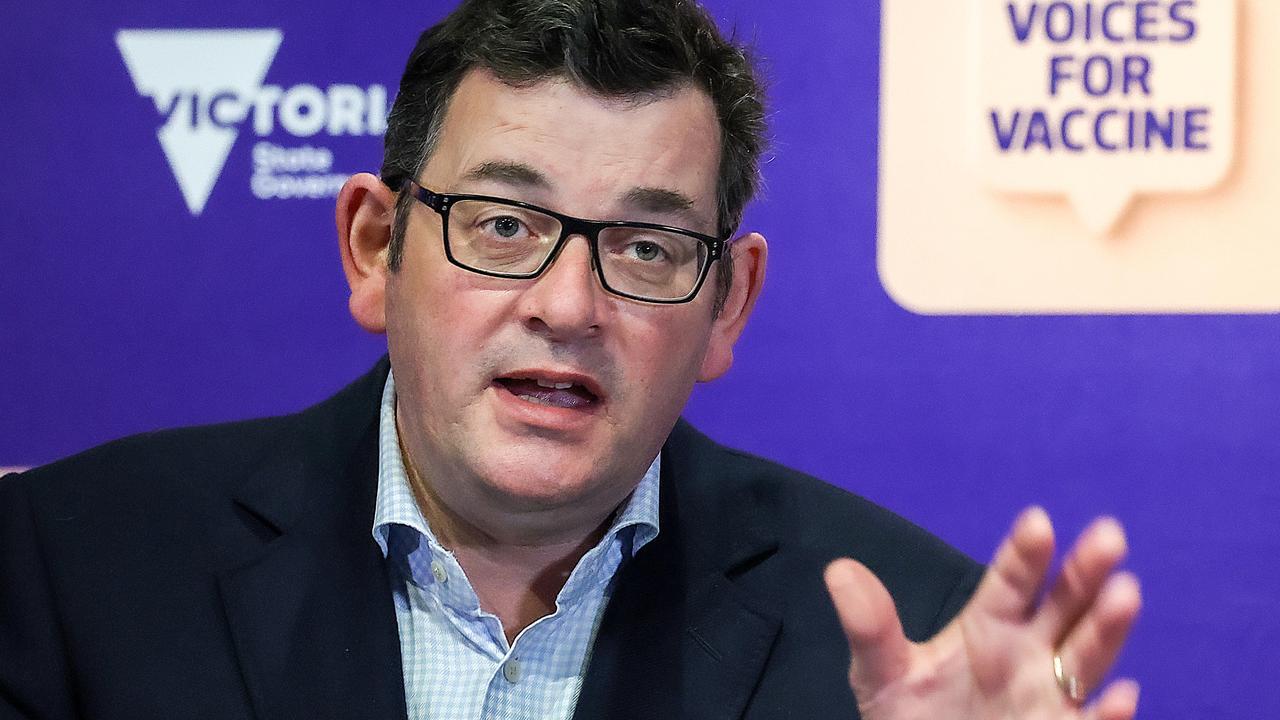 The Victorian Premier said he learned about a shipment of extra coronavirus jabs headed for his state from a journalist. Picture: NCA NewsWire / Ian Currie

Mr Morrison said on Sunday there would be an additional one million Moderna doses coming to Australia from the European Union.

He said the additional doses would be shared across the nation, but would also play a role in “providing additional support for Victoria”.

“Victoria is currently dealing with a continued surge in cases, just like we saw in NSW some time ago,” he said.

“Residents in particular in Melbourne’s north and west will benefit from additional vaccines and a rapid expansion of vaccination sites across the region as part of a 3-week vaccination blitz in Victoria.

“Minister Hunt and I have agreed that the Commonwealth will surge more than 400,000 additional doses of Pfizer and Moderna in Victoria over the course of September.” Mr Morrison said on Sunday there would be an additional one million Moderna doses coming to Australia from the European Union. Picture: NCA NewsWire / Dylan Coker

They were secured by Australian diplomats working closely with counterparts at the European Commission and in Sweden and Norway, the Prime Minister’s office said in a press release.

“I want to thank Moderna for their support to these arrangements, as well as Norway and Sweden who have helped facilitate this deal over the course of these last few weeks,” Mr Morrison told reporters.

While the ATAGI advice says children as young as 12 can begin rolling up their sleeves for Moderna jabs as soon as Monday, the European delivery won’t arrive at pharmacies for another few weeks.

Mr Andrews has previously criticised the federal government for allegedly prioritising NSW for vaccine doses while both states have experienced surges in coronavirus cases.

Earlier in the week he accused the federal government of forcing other states to play an “egg and spoon race” while NSW sprinted ahead.

“What I don’t know is that Premier Berejiklian is in a sprint, while the rest of us are supposed to do some kind of egg and spoon thing.”

His comments came after the ABC reported NSW had been allocated 45 per cent of the nation’s Pfizer doses in August, even though the state only makes up about a third of the country’s population.

“This was not announced. This was done without anyone knowing, and the Commonwealth have got caught doing it so it needs to stop,” Mr Andrews said.

Mr Morrison disputed Victoria had been treated unfairly, saying the state had been prioritised for jabs when it went through previous surges of coronavirus cases.