AirBnB explodes into AU $132b IPO 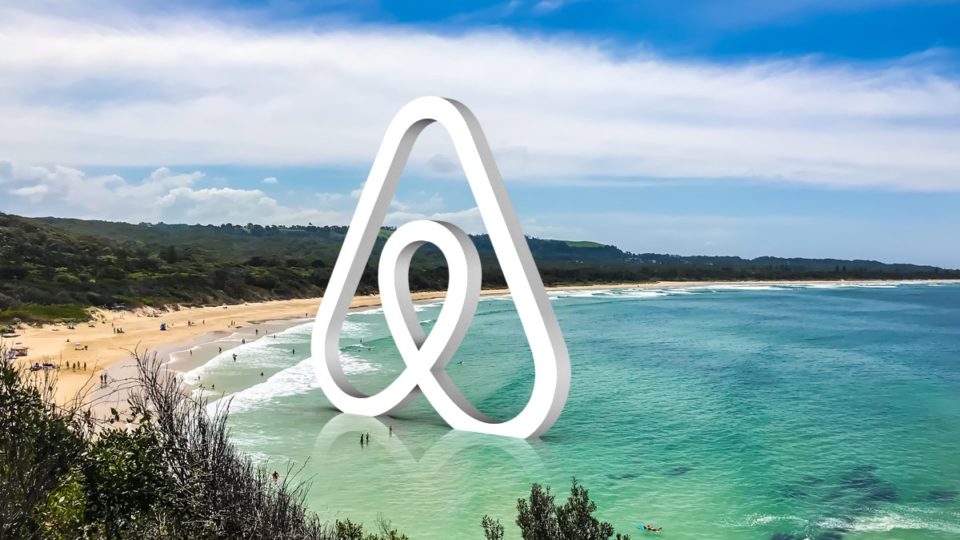 From cnn (US) via 9news 11th Dec 2020
In the first half of this year, with its business decimated by the pandemic, Airbnb cut a quarter of its workforce and reportedly slashed its valuation as part of a deal to secure more financing.
Now, following a remarkable comeback, the home-sharing company is soaring in its long-awaited Wall Street debut just as the pandemic worsens and once again throws the state of the travel industry into question.
Airbnb began trading on Thursday at US$146 per share (A$194), more than doubling from its IPO price and valuing the company at more than US$100 billion ($132 billion). Airbnb stock closed the day slightly lower.
The US$100 billion market cap represents a huge leap from its previous valuation high of US$31 billion (A$41 billion) in a 2017 financing round. At its current trading valuation, Airbnb is worth more than Uber, and more than Marriott and Hilton combined.
Airbnb’s strong showing is just the latest sign of investor demand in what’s shaping up to be a good week for technology companies going public. On Wednesday, delivery app DoorDash saw its shares surge 85 per cent in its public market debut.
In an interview with CNN’s Poppy Harlow on Thursday, CEO Brian Chesky said he “could have never imagined” the course of the rollercoaster year the company has experienced.
Chesky believes there are “two explanations” for the company’s stronger position today: one is that “people still do yearn to travel,” and the other stems from advice from his father.
“I’m also reminded of something that my dad used to tell me growing up — and I had to tell myself this a lot during the depths of our dark days. He said that things are never quite as good as they seem and as bad as they seem. You kind of have to remind yourself of that to find the midpoint between these highs and lows,” said Chesky.
While DoorDash has benefited greatly from people staying at home, Airbnb stands to benefit from a successful vaccine rollout that helps end the pandemic and allows people to travel more.
Founded in 2008 as Airbed & Breakfast, Airbnb upended the hotel industry by popularizing the once unthinkable idea of renting out rooms in the homes of strangers. Its platform is used to find and book accommodations in 220 countries and regions around the world. Airbnb now offers full apartments, homes, and hotel rooms for rent as well as travel experiences.
The pandemic rattled Airbnb’s business and many of the hosts who power it. The company was hit hardest in March and April when it had more cancellations than bookings.
In early May, the company cut 25 per cent of its workforce, or 1900 employees. Chesky told CNN that the company “would absolutely welcome people back” if it is in a position to do so, but added, “I want to see how the storm continues to play out.”
Airbnb saw improvement in bookings the following months, driven by those using its platform for long-term stays as well as domestic and short-distance travel. Its business outpaced that of competitors like Expedia and Booking.com. In the third quarter of this year, Airbnb’s revenue fell just 18 per cent as it managed to turn a rare profit; Expedia’s revenue fell 58 per cent; Booking.com’s revenue fell 48 per cent.
Then came another surge in coronavirus cases.
“During the fourth quarter of 2020, another wave of Covid-19 infections emerged. As a result, countries imposed strict lockdowns, in particular in Europe. Similar to the impact of the initial Covid-19 wave in March 2020, we are seeing a decrease in bookings in the most affected regions,” the company wrote in its prospectus.
The company’s valuation had been reportedly slashed to US$18 billion when it raised debt financing during the pandemic.
Unlike many other highly-valued startups, Airbnb previously said it was profitable, excluding some expenses, in 2017 and 2018. But like other sharing economy startups, Airbnb has faced a number of regulatory battles over the years with local and state governments over how it operates in their jurisdictions. The issue remains an ongoing risk to its business.
In its filing, the company outlined that it is “subject to a wide variety of complex, evolving, and sometimes inconsistent and ambiguous laws and regulations that may adversely impact our operations and discourage hosts and guests from using our platform, and that could cause us to incur significant liabilities including fines and criminal penalties.”
Airbnb has also grappled with the misuse of Airbnb rental properties for house parties. In August, it announced a global ban on all parties and events at Airbnb listings, capping occupancy to 16 people. Over Halloween weekend, Airbnb prohibited one-night reservations of entire home listings in the United States and Canada in a move to stop parties that could contribute to the spread of coronavirus. It is deploying a variation of this for New Year’s Eve reservations in some regions.
During the pandemic, some cities temporarily cracked down on short-term rentals, and hosts were forced to pivot rentals to 30 days or longer.
As Chesky waited for Airbnb’s stock to officially begin trading on Thursday, he recalled to CNN a piece of advice given to him by former president Barack Obama, one of his many high-profile mentors.
According to Chesky, Obama told him, “It is just really important before you go public that you institutionalise your intentions so that even as a public company you can minimise what conflicts with your vision.” Chesky told CNN that means “trying to be really thoughtful about what kind of company we want to become.”
Share Tweet
Previous Post Beach deaths attributed to phone blackspots
Next Post Foreign-language ads offering $8 an hour for jobs