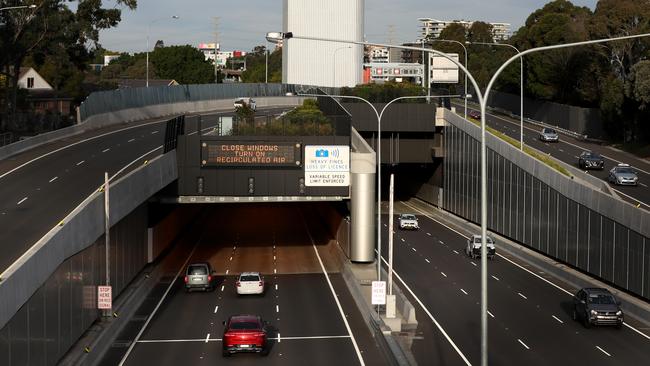 The NSW government will divert $5 billion from the sale of the WestConnex motorway to assist western Sydney economic recovery from its delta wave.

The fund is to be used for small projects that can be undertaken within months to spur job creation and economic recovery and will also be used to upgrade schools, pools, sports facilities, public toilets and playgrounds.

The NSW government will invest the bulk of its pandemic recovery spending in western Sydney, diverting $5 billion from the sale of the WestConnex motorway to help suburbs that faced the harshest lockdown measures of the Delta outbreak.

With western Sydney to be the battleground in the 2023 state election, the government has established the WestInvest fund from the sale of the second stage of WestConnex. The fund is set to form the cornerstone of the COVID-19 recovery plan.

The government on Monday confirmed a consortium led by tolling giant Transurban would take full ownership of WestConnex after successfully bidding $11.1 billion for the remaining share of the 33-kilometre motorway.

The sale comes more than three years after the government sold a 51 per cent stake in WestConnex to the consortium for $9.26 billion.

Of 15 local government areas in western Sydney set to receive the funding package, 10 have been listed as LGAs of concern during the pandemic and subjected to tighter restrictions such as curfews and exercise limits, including Campbelltown, Canterbury-Bankstown, Cumberland and Fairfield.

The government has spent close to six months working to develop the fund, and will look to prioritise small projects that can be undertaken within months to spur job creation and economic recovery.

The fund will be used to upgrade schools, pools, sports facilities, public toilets and playgrounds. Local museums, community halls, theatres and gallery spaces will also be prioritised, as will projects to improve local traffic flow.

The $5 billion fund will be the largest financial contribution to the state’s COVID-19 recovery plan, with Treasurer Dominic Perrottet expected to outline the rest of the spend in early October.

“We know that it’s been a very difficult time for western Sydney, particularly over the last three months, but today there are five billion reasons as to why things are going to get a whole lot better,” he said.

Sources with knowledge of the transaction speaking on the condition of anonymity said IFM investors were also involved in the bidding, but only the Transurban consortium lodged a formal bid.

The M4-M5 Link is expected to be open to motorists by the end of 2023 and there is a planned underground multi-level interchange at Rozelle.

Opposition Leader Chris Minns said the decision by the government to privatise the remaining 49 per cent of WestConnex would hurt the people of western Sydney.

“The people who will pay for the broken promise to sell WestConnex are those who can least afford to pay,” he said.

“When it comes to already announced essential services and infrastructure for western Sydney, they should already be funded through the budget, not through some smoke and mirrors fund.”

Having now purchased the entire WestConnex motorway, as well as holding tolling concessions on other Sydney roads including the Lane Cove Tunnel and NorthConnex, Transurban has identified the future Western Harbour Tunnel as a potential investment opportunity.

However, the company’s chief executive Scott Charlton on Monday said any decision on the sale of the second harbour tunnel was in the state government’s hands.

“It’s really up to the government to determine what kind of process, or if they want to monetise, sell them or maintain them,” he said.

“In relation to Western Harbour Tunnel or Northern Beaches, we have to look at it at the time … We don’t see it as a fait accompli that we get any asset.”

Asked on Monday whether the government would consider selling the Western Harbour Tunnel, Mr Perrottet said the government had “no future plans in relation to further asset recycling”.

Transurban will control the road until 2060. Between now and 2040, Transurban can increase tolls on the road every year by the greater of inflation (consumer price index) or 4 per cent, and then by inflation for the 20 years after that.