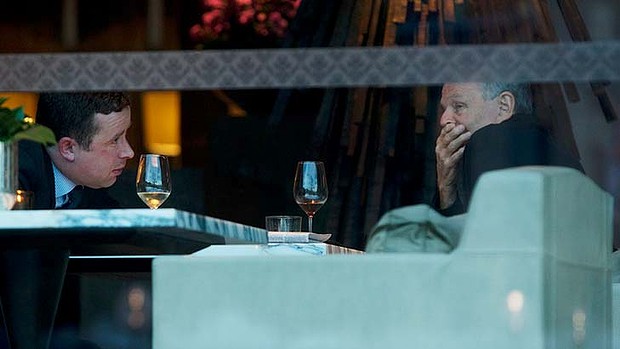 From an investigation by the TheDailyTelegraph

QANTAS has dumped its 40-year partnership with the federal government’s tourism body, claiming its boss Geoff Dixon is deliberately trying to sabotage the airline.

The national carrier has suspended a $50 million marketing deal with Tourism Australia, claiming its chairman Mr Dixon, a former Qantas CEO, was “agitating” behind the scenes to remove the current Qantas management. Qantas has formally suspended its relationship and will now redirect its significant marketing budget, which helps the federal government market Australia overseas, to state-based tourism bodies.

The Daily Telegraph has confirmed that Qantas boss Alan Joyce wrote to Tourism Minister Martin Ferguson late yesterday informing him that the Qantas board was suspending all future dealings with Tourism Australia.

It is believed the letter cited an “untenable” conflict of interest by Mr Dixon following reports he was leading a consortium to remove the current Qantas management and buy out the airline.

Bitter end of a cosy friendship

GEOFF Dixon has been a mentor and friend to Alan Joyce.

It claimed Mr Dixon could not act impartially as a government-appointed chairman while privately seeking to undermine the carrier.

Mr Joyce is believed to have warned the government that it would refuse to have any further dealings with Tourism Australia while Mr Dixon was chairman.

It had recently signed a $44 million deal with Tourism Australia to promote Australia as a tourism destination to the rest of the world.

But he is also believed to have confirmed that Qantas would continue to put money into tourism marketing and sponsorship, just not with Tourism Australia.

Last night Qantas confirmed it had written to Mr Ferguson expressing concerns about Mr Dixon but would not go into detail.

However, behind the scenes Qantas has raised the issue with several cabinet ministers and has claimed TA is “dysfunctional” under Mr Dixon’s chairmanship.

The consortium reported to have been buying up shares in Qantas, with a view to a potential takeover, is said to include retailer Gerry Harvey and his wife, John Singleton, former Qantas executive Peter Gregg and venture capitalist Mark Carnegie.

Mr Harvey and Mr Gregg have denied being part of a plot to buy out the airline.

It is believed the group recently bought up to 2 per cent of stock in the airline.

Aviation sources claimed the group had been scouting for global investors, mainly from China, to join a bid for a takeover.

Mr Dixon walked away from Qantas in 2008.