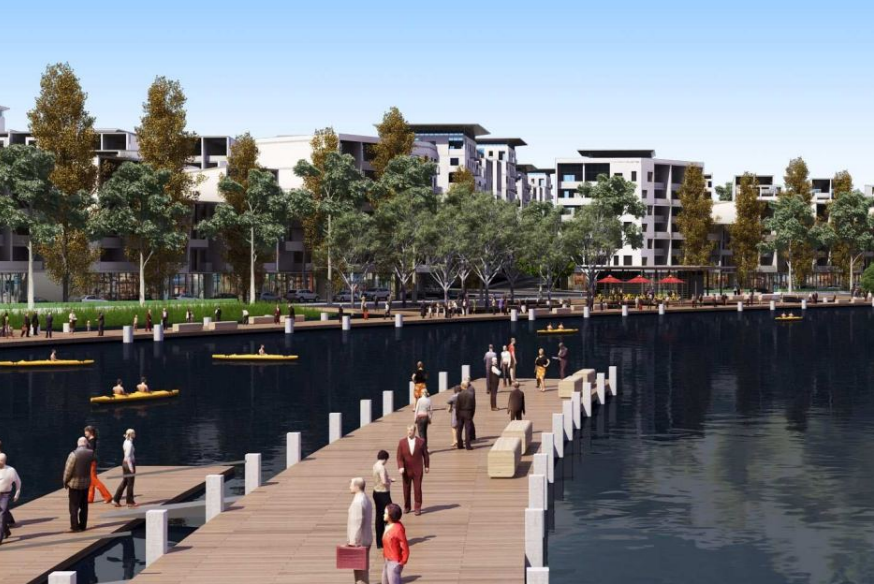 New swimming facilities, a convention centre and a stadium are part of new proposal to invigorate the southern side of the city from West Basin to Anzac Parade.

The Government will today outline its City to the Lake project, a 10 to 15 year plan to which will include new residential apartments as well as commercial space.

“Modelled along the style of Southbank in Brisbane, pedestrian boardwalks and an urban beach – so something that the city I think really, really needs,” he said.

“A fantastic public amenity that will ensure that a wonderful part of the city is opened up to many more Canberrans.”

There are also plans to make Parkes Way a smart boulevard and reserve space for a new convention centre.

Chief Minister Katy Gallagher says the long term plans could not be completed by the Government alone.

“There are funds that would come to Government from developing this, that could be reinvested in the project but certainly there would need to be some private sector involvement.”

The business community says it supports the new vision for the city, but wants some initial funding for the project in this year’s budget.

Canberra Business Council chief executive Chris Faulks says she is pleased Parkes Way will be transformed into a boulevard with the main road to go underground.

“You’ll be able to move freely down to the city and it really will open it up,” she said.

“This is the opportunity.”

There is now an eight week community consultation period for the project.