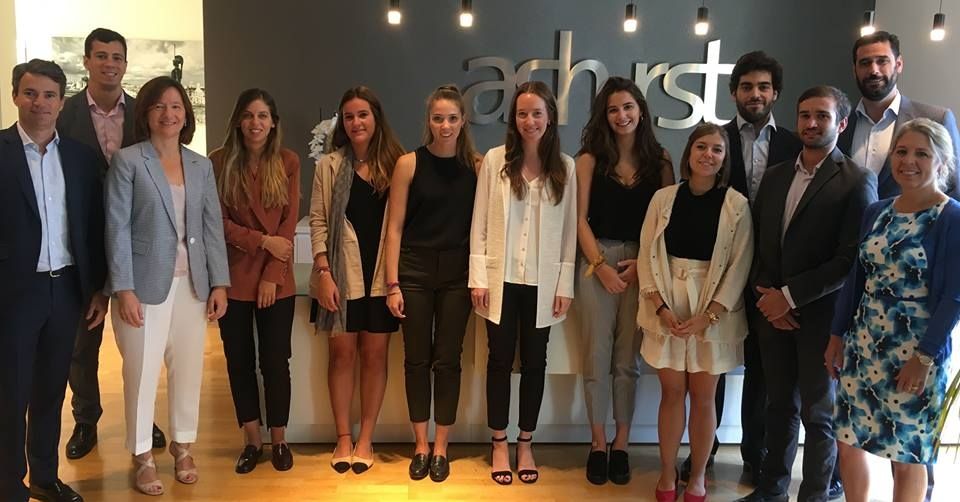 80% of our jobs have been in the service economy for 20 years. A new program aims to train all those office workers.

In the below argument, Kohler speculates that this prospective may form a significant part of the unusual October federal budget. The budget didn’t refer to this program specifically, but key aspects of the program may fit into the JobTrainer program.

Image: The first day on the job for some office trainees at Ashurst

From The Australian’s Business Review, 2nd October 2020 – by Alan Kohler

On Tuesday, Treasurer Josh Frydenberg will bring down the biggest budget in many years, probably ever: the biggest deficit at the biggest moment.

That the Coalition has been prepared to put aside the conservative fiscal rule book is to its undying credit, as long it doesn’t pick that book up again too soon.

This is also a chance for real reform, and not just tax cuts that are called tax reform or throwing money at some manufacturers and calling it industry reform.

A group of academics in Melbourne and Adelaide has come up with an idea that could transform the workforce and revolutionise the way young people are employed and trained, as well as start dealing with the youth employment disaster caused by the pandemic.

They call it the National Job Cadet Programme and it basically involves extending the blue-collar apprenticeship system to the white-collar professions, in fact to virtually every industry.

The work has been led by Peter Dawkins, outgoing vice-chancellor of Victoria University and former director of the Melbourne Institute of Applied Economics and Social Research, as well as secretary of the Victorian Department of Education. The others behind it are vice chancellor of the University of South Australia, David Lloyd, and Peter Hurley, education fellow at the Mitchell Institute, which is part of VU.

The main elements of the idea, copying apprenticeships, are a discounted training wage, federal government training wage subsidies of up to $28,000 — similar to the apprenticeship subsidies — and at least 20 per cent of the cadet’s time to be spent in formal education or training.

The proposal is getting a decent hearing among state and federal ministers and has the backing of the Australian Industry Group. There’s a chance it will make an appearance in Tuesday’s budget.

In the paper that Dawkins, Hurley and Lloyd have written, they say the initial employment shock from the pandemic has been unprecedented: between March 2020 and May 2020, total youth employment fell by 330,000.

“While there was a rebound to July 2020, this recovery plateaued between July and August. In August 2020, there were approximately 186,000 fewer young people in employment than in March 2020.”

They forecast that early next year, 120,000 more young people will be not in employment, education or training and will be trying to find work in a weak labour market. This suggests a looming bottleneck where a queue forms behind waves of young people looking to enter the labour market when there are fewer jobs.

It means that young people face two problems: either not being able to get a job at all, or having to settle for a job that provides no training or development, so they stagnate.

“There is substantial evidence that when young people fail to gain employment for substantial periods that it can have a ‘scarring’ effect on them, causing a depreciation of their skills and an impact on their self-confidence,” the paper says.

“This is one of the biggest risks associated with recessions, which have a disproportionate impact on young people who come onto the labour market during or shortly after the recession when job prospects are weak.

“This can cause serious long-term impacts on the trajectory of young people in the labour market and cause substantial fiscal and resource costs for the government and the economy at large, as well as social problems.”

The most controversial part of the Dawkins plan, apart from the relatively small cost to the federal government (relative to the deficit that is) is the idea of using the training award wage of up to 50 per cent below the rate a fully qualified person gets.

But it seems to work in apprenticeships, and recognises that the new employee is training, and therefore can’t contribute fully to the business. On top of that, the employer would get up to 50 per cent of the wage, or up to $28,000, subsidised by the government.

What’s more the requirement that at least 20 per cent of the employee’s time is spent either at university or TAFE would be a lifeline for the tertiary education sector, which is suffering at the moment because of the disappearance of foreign students and the appalling lack of government support.

The cadetship scheme couldn’t entirely replace the foreign students, of course, but it would mean the government would have to expand the number of tertiary education places to accommodate the demand, so it could replace some of the lost revenue.

The list of professions and industries that could be covered by the scheme ranges from journalism, advertising and PR to computer programming, civil engin­eering, HR, architecture, finance, environmental science … in other words, all the jobs where you’re expected to go to university first, get a degree and then start work. I think it would work particularly well for sales jobs.

Dawkins’ idea is that kids out of school, or in their 20s, should get a job and start their education at the same time, so that work and learning are integrated.

To someone who started work at 18 as a cadet journalist, it makes a lot of sense. The best thing to begin life with, in my view, is a paying job. Apart from anything else you find out early on whether the job is for you, rather than wasting time studying the wrong subject.

It would also be a way for the government to continue the income support of JobKeeper, which is probably going to be needed long after they want to shut it down.

Of course, young people are not the only people thrown out of work by the pandemic, but they have been hit hardest and the damage to them lasts longer. Extending apprenticeships to all jobs would be a way to get them back into work and education that can’t really be used for people over 30 who can’t get a job. They’ll just have to be supported.