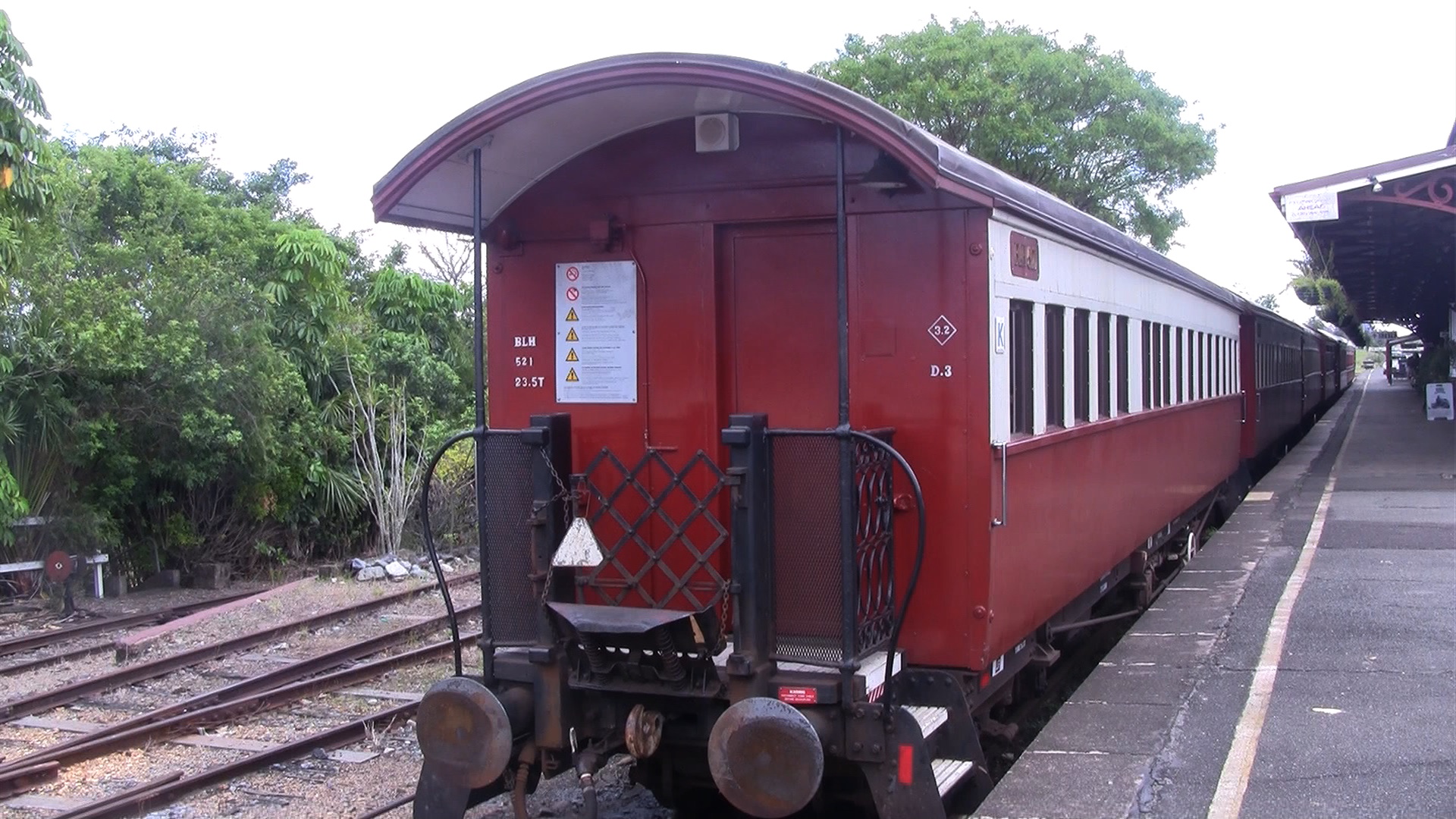 Queensland’s Gympie Cooloola tourism region, encompassing Rainbow Beach as a gateway to Fraser Island, has taken a significant blow to their tourism industry with the indefinite suspension of the historic Mary Valley ‘Rattler’ steam train.

Following the second derailment for 2012 on 29 September, the service was suspended by Queensland’s Department of Transport and Main Roads, Queensland’s rail safety regulator.

The first incident occurred on 28th June 2012. The steam engine slipped from ‘spreading’ tracks in the Gympie Railyards. At the time, Jim Walker, General Manager of the Mary Valley Heritage Railway, described the incident as “mild” to the Gympie Times.

The second incident occurred on 29th September 2012. The tourist train slipped from the track but went unnoticed by many of its passengers until the train pulled to an unexpected stop.

Jim Walker said in early November that the train certainly wouldn’t be functioning again before Christmas. Walker refused to comment further on how the train was carrying tourists whilst in a state of such disrepair. Walker is waiting on QLD Rail’s findings, to be handed down in late November 2012, to make further comment.

Allan Murnane, General Manager of the Gympie Cooloola Tourism Board to mid November 2012, said losing the weekly traffic was a loss to the region “beyond the fare value.”

“The train (Mary Valley ‘Rattler’) ceasing service is a huge blow to our tourism infrastructure,” Munane said on 13th November.

“It’s not just tourists travelling inland from more popular tourist destinations, like Noosa, that provide income for Gympie’s tourism operators. The township also has a substantial number of visitors from the country that travel to the coast, significantly contributing to the economy of Gympie by stopping in town for groceries, snacks or a beer.

“Diversity is a wonderful thing,” Munane said. “Many people love the coast but a lot of people want to travel inland.”

The track was inspected by the safety regulator, who reported that 6,000 sleepers would need to be replaced by July 2013. At $140 to lay a sleeper, it will cost over $750,000 to make the necessary replacements in addition to the yearly costs of ongoing maintenance.

Tony Hallam, president of the Mary Valley Heritage Railway, says it will cost around $1 million to maintain the operation, which operates on Wednesday, Saturday and Sunday from Gympie to Imbil in Queensland’s south-east.

Mary Valley Heritage Railway approached the Queensland government last year to seek financial assistance but the stated only that government funds were “currently not available.”

The Mary Valley Rattler has historic value in the area as a train was once used to transport food and supplies to miners searching for gold on the banks of the Mary River.

As Munane says, “You can’t put a price on that.”