Daigou resellers so mainstream, their sales are missed on ASX 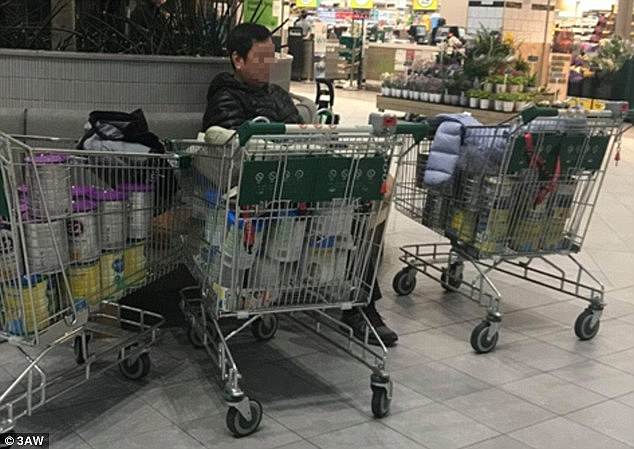 The A2 Milk Company has cut 2021 sales and earnings guidance following a collapse in the daigou market in Australia due to COVID-19 restrictions.
In a trading update on Monday, the company said it expected December-half revenues to fall to between $725 million and $775 million, down from $807 million in the first half of 2020, and full-year revenues of $1.8 billion to $1.9 billion, compared with revenues of $1.73 billion in 2020.The earnings before interest tax depreciation and amortisation margin was expected to fall to 31 per cent from 31.7 per cent in 2020.The guidance implies full-year EBITDA between $558 million and $589 million — up from the $549.7 million achieved in 2020, but well below market forecasts around $662 million.

A2 shares plunged 10.8 per cent to $15.31 — their lowest level since March — as analysts and fund managers revised sales and profit forecasts.

After a strong March quarter boosted by pantry stuffing, sales started coming under pressure in the June quarter and the first few months of 2021 as consumers destocked pantries and the retail daigou channel was disrupted by reduced tourism from China and the collapse of the international student market.

Earlier this month A2 Milk started to see COVID-19 disrupt its corporate daigou reseller channel in Australia as stage four lockdown restrictions in Victoria curbed activity. The company had shifted from using retail daigous to the corporate daigou channel as a short-term response to COVID-19.

“We are now witnessing a contraction in the daigou channel beyond our previous expectations and without the replenishment orders that would typically be anticipated at this point,” interim chief executive Geoff Babidge said on Monday.

“This disruption in the daigou channel is impacting our September sales and it is currently anticipated that this will continue for the remainder of the first half of FY21. As such, we now expect ANZ revenue to be materially below plan for the first half,” Mr Babidge said.

Daigou means “buying on behalf of” and refers to a network of shopping agents who buy products for residents of mainland China for a small fee. It started as a cottage industry but is now big business, with the market estimated to be worth at least $2.5 billion in Australia.

A2 Milk’s inventories are higher than normal because it built up additional cover in the June quarter due to concerns over supply. It is now pulling back on orders with supplier Synlait to reduce inventories to appropriate levels. However, Mr Babidge said A2 did not have an issue with aged stock.

Mr Babidge defended the share sales, saying the board had only recently come to the view that what was shaping up in September would continue into the next quarter.

“We came to that view on the weekend … on the basis of continuous disclosure we determined it appropriate to advise [the market] today,” he said.