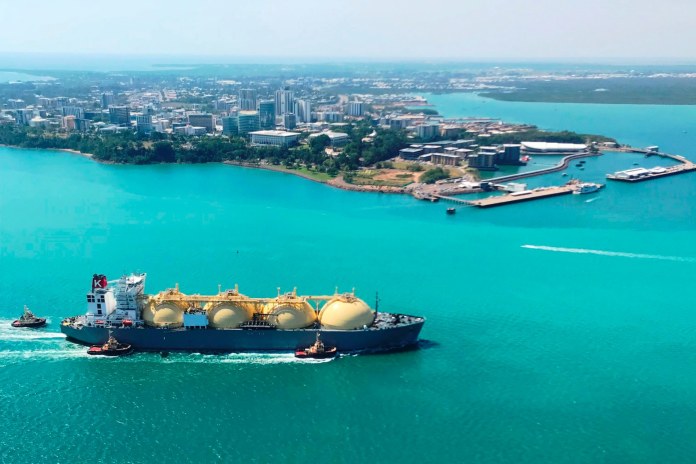 There is currently a supply shortage in the world for LNG gas, however, China is opting to sign deals with the US and Qatar over Australia.

Shipments of LNG fell in September from near-record levels and some cargoes faced delays, but that did not stop Australian oil and gas producers from cashing in on buoyant international gas and oil prices.

Analysis by consultancy EnergyQuest also notes that China is in the market to boost its LNG supplies amid the global supply crunch, but has not tapped Australia, its top LNG supplier. Instead, it is choosing to sign long-term contract deals with the US and Qatar.

But in the midst of the energy crisis, EnergyQuest’s September report shows that Australian east coast gas prices have been insulated from the international gas price turbulence, which pushed LNG spot prices to a record of more than $US56 per million British thermal units earlier this month on the back of robust demand and a squeeze on supplies that has roiled energy markets in Britain, Europe and parts of Asia.

“Amongst the push to secure cargoes during the energy crisis, an unexpected development has been the number of Australian cargoes delayed during their voyage to Asia,” the report states.

“This normally occurs when the LNG market is weak, not when it is tight.”

Still, EnergyQuest estimates that Australia exported 101 LNG cargoes comprising 6.96 million tonnes in September, down from 7.2 Mt a month earlier, and shy of the March record of 7.21 Mt.

The global energy crunch has provided a windfall for state and territory treasuries on the back of Woodside Petroleum and Santos raking in almost $3.6 billion in oil and gas sales in the September quarter, up 80 per cent from the same time last year.

EnergyQuest estimates that Australian LNG export revenue rose in September to $4.84 billion, up on $4.57 billion in August and up 174 per cent on September 2020.

Woodside and Santos sold 18 LNG cargoes into the super-strong Asian spot market or which were priced against that market, where at one point a single cargo of LNG sold for more than $US205 million ($273.2 million)

Southern spot gas prices also softened in September, driven by the extended lockdowns across the eastern seaboard, warmer weather during September, a 33 per cent drop in gas-fired generation in September from August and increased renewables.

Pain as well as gain from soaring LNG prices

According to international media reports, US exporter Venture Global signed a 20-year deal with Sinopec for 4 Mt a year.

Signing LNG deals with US suppliers is a major change for Chinese buyers and suggests that trade relations may have improved, EnergyQuest observes.