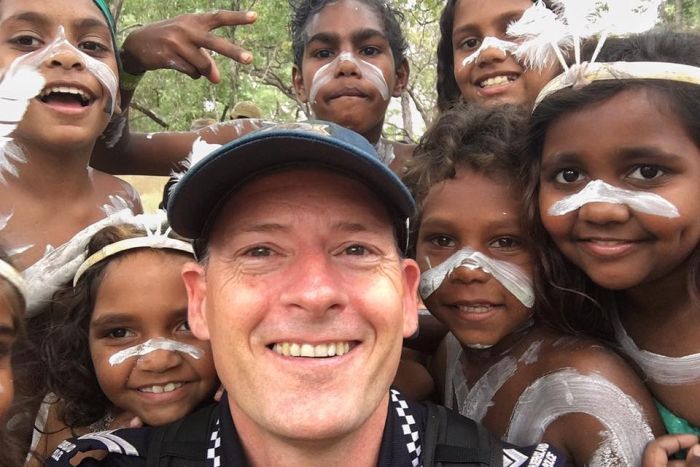 A FNQ cop has gotten a social media campaign going to highlight the positives of indigenous rural life.

A social media project inspired by the Humans of New York photoblog is helping transform perceptions about an Aboriginal community that was being torn apart by fights and getting a barrage of bad press.

Yarrabah, an hour’s drive south of Cairns, is Queensland’s largest Indigenous community with a population of about 2,500.

“There was definitely an education project needed to show people how to manage social media — not to respond to negative social media and take it to the next level resulting in a court appearance or something like that,” he said.

“There was also a lot of negative media about Yarrabah in general, especially when kids would steal cars and stuff like that.

“A lot of those stories would be on the front page of the paper but there were a lot of good stories happening here as well that I felt needed to be heard.”

Senior Constable Frew was inspired by the profiles of ordinary New Yorkers on the Humans of New York photoblog, which has amassed more than 17 million followers on Facebook and spawned hundreds of offshoots around the world.

He set about interviewing Yarrabah locals and capturing beautiful portraits of them for a social media project called Yarrie Yarns.

Senior Constable Frew hoped to shift the balance from overwhelmingly negative media coverage by showcasing the great work many in the community were doing. 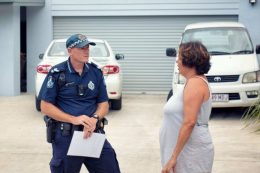 “Everyone has a story to tell,” he said.

“There are a lot of elders and influencers and positive role models doing stuff. Those stories needed to get out there to paint a more positive picture.”

Senior Constable Frew is now stationed at Laura on Cape York Peninsula and is expanding the project across the region.

“The first year was all participants from Yarrabah and because of its success we’ve expanded now to Cairns, Mossman, Wujal Wujal, Cooktown, Hope Vale and Laura,” he said.

“Next year we want to expand even further and the plan is to get 250 yarns for the 250th Cooktown anniversary, which is 250 years since Captain Cook arrived in Australia but more importantly it was also the first act of reconciliation.”

The people featured in Yarrie Yarns include janitors, bus drivers, artists, health workers and elders sharing their family history, memories of growing up and what they love about Yarrabah.

One of them is teacher Nathan Schrieber, who helped reintroduce Gunggay language lessons to the local primary school.

He said the language was driven to the brink of extinction when Yarrabah became a mission in the 1890s and the local Gunggandji people were forced to use English. 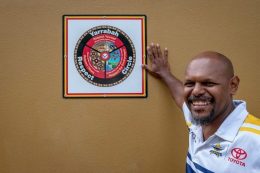 “Our kids are breaking that barrier of shame when it comes to speaking our language,” he said.

“I’m constantly getting feedback from families now that our kids are singing our songs as they’re walking down to the park and down the beach.”

Another person featured is Lucy Rogers, who married a sailor and moved to America but eventually returned to Yarrabah to help run the local women’s shelter.

“I hope I can be an ambassador and an example to the younger ones,” she said.

“We’ve got to move in a positive way in this community from the youngest to the oldest generation.” 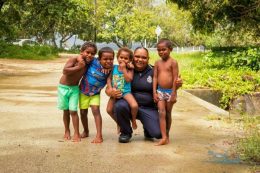 Along with the portraits, Yarrie Yarns also posts good news stories about Indigenous Australians with the hashtags #livepositive and #postpositive.

“When I first started the project it was more of a social media project but now it’s turned into like a social project,” Senior Constable Frew said.

“The more I put out there, the more people they want.

“The followers now message me saying, ‘Can you interview this person and interview that person?’ The more interviews I do the more my list grows.”

He said people were often shy about commending someone for their good work in person but that was not the case on social media.

“The comments people leave have just been absolutely amazing,” he said.

“It’s showing to them there is support out there for the great work that they’re doing.”

Senior Constable Frew acknowledged relations between Indigenous Australians and police had a strained history, but projects like this could help heal wounds.

“In a policing sense, it’s a very good way to find out what issues are out there,” he said.

“You break down barriers by going to speak to someone about their story and not about a crime.

“You’re investing interest in them, their community, so it breaks down barriers and builds trust.

“I’d like to think that we’re inspiring and motivating, educating.

“It’s been a great response. I’m privileged to be part of it.”