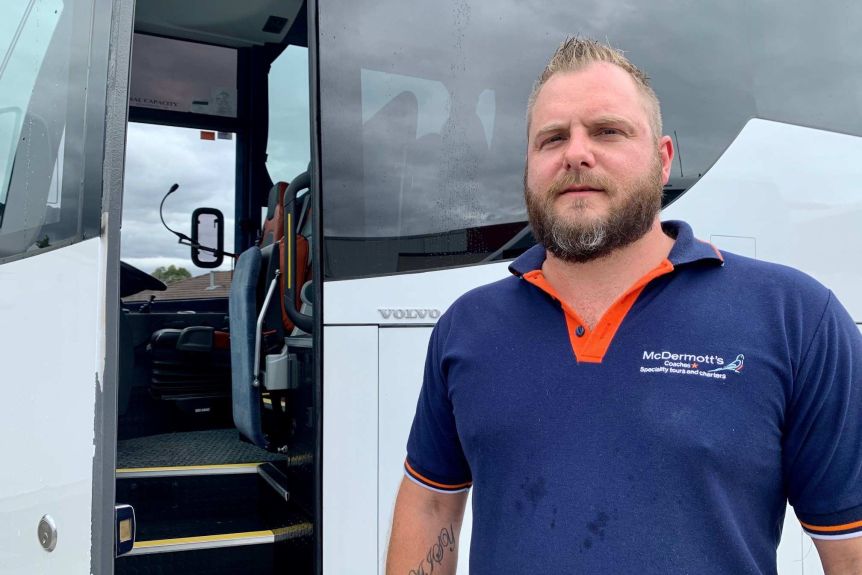 All operators understand closures, but the spontaneous nature is unworkable, say tourism operators in January 2020.

Since around June 2020, when it looked like most of Australia had managed to avoid a second wave, markets of tourists and the providing operators have patiently appreciated that limiting coronavirus’ spread was crucial to the survival of businesses and much more across the country.

Since then though, state Premiers have exercised their rights to close borders at their own discretion, and that discretion is incompatible with booking systems within tourism operators.

The entire Australian tourism industry needs state Premiers and Territory Chief Ministers to agree to a set of KPIs regarding when to close and to who so that tourism markets can book with confidence.

Operators can promise refunds under a set of certain unlikely conditions – that is just calculated risk. Consumers can not be asked to do the same.

It is harvest time at Bridestowe Lavender Estate in Tasmania’s north-east.

The purple fragrant buds usually draw in tourists from all around the world, all eager to pose for a photo in one of the largest lavender farms in the Southern Hemisphere.

But this year, things are very different.

With Australia’s borders shut, there are no international visitors, meaning numbers through the fields are the lowest they have been in 10 years.

It is disappointing, but not surprising, for managing director, Robert Ravens.

“We’re running at about 40 per cent of last year,” he explained.

“New Year’s Day for us is always our biggest or second biggest day … it rivals Boxing Day. We would normally see 12- to 15-hundred visitors Boxing Day and New Year’s Day.”

“That was still a pretty big uptick on what we’d expected and we were very busy,” he said.

The business heavily relies on tourists and was forced to adapt in March last year when restrictions first came into effect.

Now, 10 months on, Mr Ravens said it is still just as difficult for visitors to book holidays with certainty.

“It’s very difficult for customers and visitors … the rules seem to change by the week and it’s a very complex time to be managing a tourism business,” he said.

“I’m so disappointed with the state premiers and the inconsistent behaviours from state to state, the politicisation of COVID-19, it’s all bewildering to me.

“As a small business in Tasmania, it makes it really hard.”

He said the popularity of the signature purple lavender bear is helping keep the business afloat.

Bobbie the Bear was created as a fluffy solution to the excess of dried lavender, and the bear became an international hit after Chinese celebrities posted pictures of it on social media.

“There are many tales about it and we could write volumes on it, there was a Chinese chef to start off with, he popularised it, and then it moved onto a Chinese pop-star and then the President of China,” he said.

“So the bear is enduring and everyone comes here wanting one.”

Lack of international tourists welcomed by some

Sandy Hart from Launceston said she was surprised by the number of Tasmanians and mainlanders out and about in the lavender fields.

“It’s lovely, there’s space, you can see things,” she laughed.

“We had some visitors from Queensland staying and we encouraged them to come here yesterday. They put some great photos on Facebook and so we had nothing to do today so said let’s go,” she said.

“I love the colour, I love the perfume, it’s beautiful.”

Jenny Carpenter, also from Launceston, said the lack of crowds was appealing.

“I always like less numbers than more,” she laughed.

For family-run Tasmanian business, McDermott’s tours, bookings are down roughly 50 per cent down on previous years.

“It’s going okay, but nothing like it should be,” managing director Simon McDermott said.

Usually at this time of year their shuttle bus at Cradle Mountain would be packed, transporting around 3,000 people a day.

“And tour-wise anywhere between 15 to 20 tours a day on the road — now we’ve got one or two tours happening,” he said.

“It’s been a really different, and interesting time.”

He said at the start of 2020, it was looking like one of their biggest years, but then the pandemic hit.

“Everything went downhill from there, it was very scary to start with but I think we’re over that angst stage now and we’re just trying to work with the parameters we’re given,” he said.

“I think the Government is looking after us pretty well, and we’ve just got to stick it out and things will get better, I know they will.”

He said there is still a level of uncertainty from visitors booking with border restrictions constantly changing.

“There is a bit of angst around people wanting to book because they don’t want to lose their money or have money tied up in credit and those sorts of things,” he said.

“We’re just trying to be as flexible as possible for people.”

A silver lining for the events industry

For one popular wedding venue at least, bookings are up for next month.

“Our February is actually looking busier this year so if our borders stay open to the mainland then I suspect we should have one of our best Februarys in a few years.”

She said roughly 50 per cent of couples come from interstate so border changes are having a constant impact.

“Even local couples will have guests, friends and families coming from interstate so it does create uncertainty for them about if they’re going to be able to go ahead as planned and what the options are, if they can postpone or cancel,” she said.

“I think the end of this year, November especially, a lot of our weddings from last year have been moved to this year so we’re looking quite good for the end of 2021.”