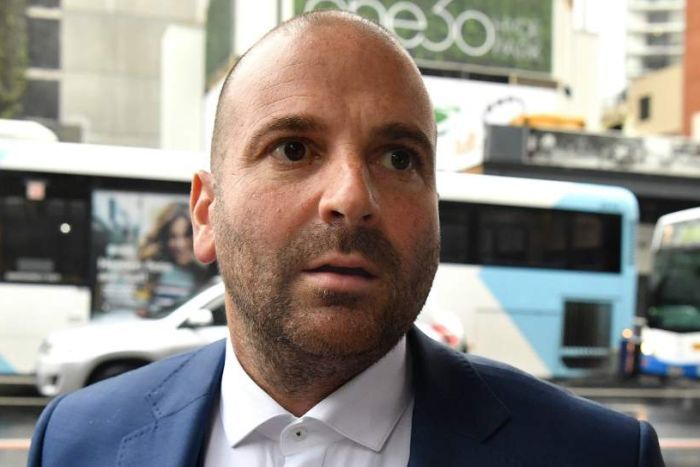 Celebrity chef George Calombaris has been axed from WA Tourism campaign after his restaurants’ systemic staff underpayment was revealed.

TTN Editorial – It appears that MasterChef judge George Calombaris self-reported and backpaid his restaurant’s years of incorrect payments, affirming what every hospitalier in Australia already knows – that the complexity of food and beverage wage awards is so complex that few operators can manage them. Below is just a sample of the federal awards affecting hospitality operators.

(for back office staff)

(for any retail frontage)

Celebrity chef George Calombaris has been dumped from a major West Australian tourism campaign after he admitted to underpaying employees at his restaurants by $7.8 million.

Tourism WA, which had a contract with Calombaris to feature in television advertisements and online content to “design your own gourmet escape” in the state, is believed to be the first major sponsor to part ways with the controversial chef since the underpayment scandal broke last week.

The ads had been running for the past few weeks on the eastern seaboard during episodes of the hit television show MasterChef, in which Calombaris features as one of three judges.

“What George Calombaris has done is terrible,” Mr Papalia said.

“People should pay their employees what they’re owed and what they deserve, and that’s really disappointing.”

Tourism WA has a separate contract with MasterChef, which has stood by its star, and five episodes of the program were filmed in the west during WA Week from July 1–11.

The “Create Your Own Gourmet Escape in WA” campaign with Calombaris was intended to highlight tourism in Perth and the South West regions, and “encourage visitors to create their own gourmet escape in WA and book a holiday now”.

But a spokeswoman for Mr Papalia said the contract with the celebrity chef had been cancelled because of a backlash after his hospitality group backpaid $7.8 million in unpaid wages and superannuation.

PHOTO: The Hellenic Republic restaurant in Brunswick East was one of the restaurants that underpaid its employees from 2011 to 2017. (ABC News: Ben Knight)

His MAdE Establishment group of companies admitted to underpaying more than 500 current and former employees.

It will also make a $200,000 “contrition payment” under a court-enforceable undertaking made with the Fair Work Ombudsman.

The Melbourne-based hospitality group self-disclosed the underpayment at its Press Club, Gazi and Hellenic Republic restaurants.

Mr Papalia said there were alternative advertisements in the campaign that did not feature Calombaris, which would still run.

Space to play or pause, M to mute, left and right arrows to seek, up and down arrows for volume.

He said the contract with MasterChef was a “good thing” and the Government would be happy to renew it.

His spokeswoman said Tourism WA would seek to recoup part of the cost of the contract from Calombaris.

She would not say how much the contract was worth, citing commercial confidence.

PHOTO: Calombaris appeared in court in 2017 on an unrelated charge, after admitting to assaulting a teenager after the A-League grand final. (AAP: Joel Carrett)

‘It’s not like they’ve had to go to uni’: The words that continue to haunt George Calombaris

It’s the interview George Calombaris probably wishes he never gave. As the MasterChef judge faces growing anger, these words from 2012 won’t go away.

The embattled MasterChef judge, who last week was revealed to have underpaid staff at his Melbourne restaurant empire more than $7.8 million, in 2012 railed against weekend penalty rates under then-prime minister Julia Gillard’s Fair Work Act.

Speaking to the now-defunct Power Index website, Calombaris complained that waiters at his new South Yarra pasta restaurant Mama Baba would have to be paid “$40 an hour on Sundays”.

“The problem is that wages on public holidays and weekend greatly exceed the opportunity for profit. It’s really difficult to stay open and we only do it because of tourism but the reality is it’s uneconomical. So our labour laws are something that need to be looked at and we keep talking about it.”

At the time, then-workplace relations minister Bill Shorten said he disagreed with Calombaris. “If George wants to bargain with his workers and improve productivity and be even more competitive, then the tools exist in our present workplace system,” he told the website.

“Penalty rates compensate wait staff and others who have to work late nights, public holidays and weekends while everyone else gets to spend this time with family and friends. The Gillard government won’t be adopting the low road of paying already low-paid workers less.”

Critics of Calombaris argue the $200,000 “contrition payment” agreed to under a court-enforceable undertaking with the Fair Work Ombudsman was manifestly inadequate — and that his 2012 comments make a mockery of his new status as the workplace cop’s unofficial ambassador.

It has also been pointed out that Calombaris, a multi-millionaire, owns a property portfolio worth at least as much as the $7.8 million — now back-paid to his workers — including his $4.75 million Toorak mansion and a $2.2 million Mornington Peninsula weekender he purchased last year, 14 months after the wage scandal first broke.

“How is it fair for him to steal over $7 million from workers is only fined only $200,000?” former Hellenic Republic waitress and Hospo Voice union organiser Orlaith Belfrage wrote in a petition calling for Calombaris to be sacked by Network Ten.

“A 3 per cent fine is not enough. Wage theft is a business model and George Calombaris has built his career on it. And he continues to be heralded as the ‘nice guy’ celebrity chef and a MasterChef judge.”

The Toorak property bought by George Calombaris in his wife’s name in November 2013 for $4.75 million.Source:Supplied

United Voice national secretary Jo-anne Schofield said last week that “if someone deliberately took $1000 out of someone else’s bank account, there would be a high likelihood of a criminal conviction for theft”.

“But when you’re a multi-millionaire­ restaurateur/celebrity chef, you can … get away with a ‘contrition payment’, and you get to keep your TV show, your huge profile and mansion, and keep raking in cash off the back of hardworking chefs, wait staff and bartenders,” she said.

Nearly 24,000 people have now signed Ms Belfrage’s petition. As the cooking show’s series finale goes to air tonight, calls are growing for it to be curtains for Calombaris as well, despite the broadcaster’s insistence that it is standing by its star.

“George and Made Establishment have reached an agreement with the Fair Work Ombudsman in relation to this matter,” a Network Ten spokesman said last week. “George has the support of Network Ten. We will not be making any further comment.”

“Ten’s PR ‘strategy’ is crude but obvious — back Calombaris, don’t give the story oxygen in the final week by staying silent, and hope it will all be forgotten by viewers by the time season 12 rolls around,” Southam wrote.

“Ten would be quietly furious with Calombaris’ latest stuff-up, but dumping him ahead of the peak ratings week of the series was never a serious option. MasterChefis one of the biggest shows on Ten’s low-rating roster.”

He added, “But by standing by their man, Ten is turning a blind eye to the exploitation of workers in the very industry its show promotes. And the worst offender is one of its judges. This is why George Calombaris should not return for season 12 of MasterChef Australia.”

It comes after WA Tourism announced it was dumping Calombaris from a lucrative endorsement deal as the face of its food and wine campaign, following intervention from Tourism Minister Paul Papalia.

The campaign, titled “Create Your Own Gourmet Escape in WA”, was due to run until the end of September. WA Tourism will remove social media content that Calombaris currently fronts and has ordered TV advertisements be pulled.

In the wake of the scandal last week, Calombaris told the Herald Sun that all workers past and present had been “back-paid in full and the vast majority repaid before October 2017 in consultation with Fair Work”.

“Made Establishment funded the back-payments with contributions from me and from other directors,” he said. “When we discovered there were incorrect payments to members of the team, we self-reported to the Fair Work Ombudsman and co-operated with their investigation.”

Asked how it happened, Calombaris said he started as a small business and “did not have the necessary systems and processes in place, particularly as the business grew”. “There is no excuse for this and we have the systems in place now,” he said.

“We have committed to three years of audits to double-check our classifications, and we’re providing our team with training programs to make sure we have the right skills to classify staff correctly.”

He insisted Made Establishment “now has the systems, processes and culture to be a force for change in this industry”. “My priority was to pay everyone back which we have done,” he said.

“I am deeply sorry for what has happened and have apologised to our affected team members, past and present. But I believe actions speak louder than words, which is why we self-reported to Fair Work, we fully co-operated with the investigation, we paid everyone back, and we’re now continually improving the processes and procedures necessary to ensure we are best practice in the industry.”

Calombaris said he “never” considered shutting down his restaurants. “My focus has been on my team, on co-operating fully with the Fair Work Ombudsman and ensuring all team members who were owed entitlements were back-paid in full,” he said. “We’ve now done that, we’ve improved our processes, and we’re committed to being a force for change.”