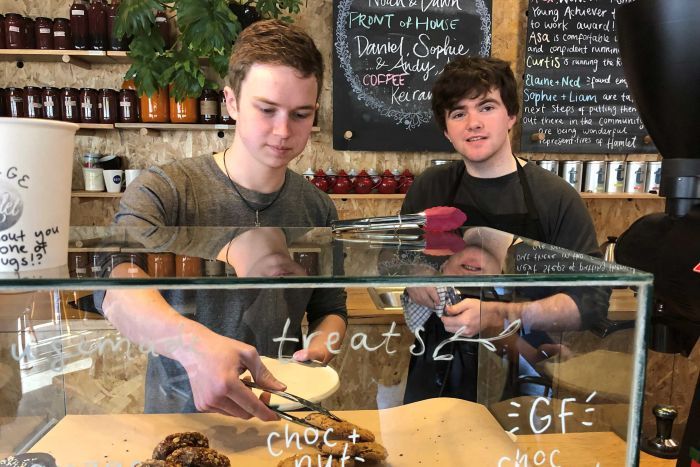 Hospitality is never easy, but for those who find all social interaction uneasy, serving food can be a great icebreaker.

A busy, noisy cafe isn’t a place you’d expect someone with social anxiety to thrive, but working in a bustling coffee shop has changed Sophie Kluver’s life.

“It’s sort of like pushing the limits a little bit, [I’m] really throwing myself in the deep end,” she said.

“That’s what I was really feeling, sort of sink or swim — I think I’ve definitely swum.”

For just over a year, Ms Kluver has been working at Hamlet cafe, a business in Hobart that offers work experience to people facing barriers to employment.

For Ms Kluver that barrier was social anxiety.

She had been unemployed for three years and spent most of her time at home.

“I’d get up, probably wouldn’t even get out of my pyjamas, have a cup of coffee, sit on the couch all day, have dinner, go to bed,” she said.

If she did socialise, Ms Kluver said she would use alcohol to cope.

“My drinking was getting extreme as well because it was one way to ease myself into things. I would want something to take the edge off,” she said.

Working at the cafe and slowly building up confidence and skills has changed Ms Kluver’s life.

“I’m not so scared to go out anymore, [I’m] really excited to meet new people, talk to new people,” she said.

Hamlet CEO Emily Briffa said in the three years the cafe had been operating, more than 253 people had taken part in its work experience program with 78 per cent going on to find work or embark on further training.

“We talk about the employment outcomes that we have, but I think our biggest success is actually helping people to build their confidence,” she said.

That’s been the case for Liam McManus, who has worked at the cafe for over a year.

“I’ve had a lot of short-term memory problems and maybe missing social cues. Hamlet is helping to completely overcome that,” he said.

Ms Briffa said the biggest hurdle most people who came to cafe for work experience faced was anxiety, particularly when it came to social situations. 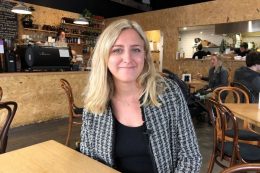 “It’s very difficult, we’ve had people that have stood in a corner for their first shift. It’s very confronting especially when the cafe is busy,” she said.

“But I think our approach to it is to start slowly and try and engage them in some small tasks that can build up confidence.

“Generally within a couple of shifts they are talking away and engaging with customers which is really beautiful.”

It is estimated 11 per cent of Australians experience social anxiety.

Clinical psychologist Erin Kelly said it was the most commonly experienced form of anxiety, which presents in a fear of negative judgement in a social setting.

In its most severe form it could be incapacitating.

“It really leads them to withdraw socially and we know how important our ability to connect with other people is to our general sense of wellbeing,” Dr Kelly said.

She said it could have a significant impact on people’s relationships and ability to go to work.

Dr Kelly said one of the best ways of dealing with social anxiety was cognitive behavioural therapy.

“That’s when we start to examine some of the thoughts and the self-talk that might perpetuate the anxiety and see if we can challenge and change some of those,” she said.

Ms Kluver can vouch for another kind for treatment: exposure to confronting situations in a supported environment.

“I am really excited to talk about where my life’s at now,” she said.