Tourism economy transfers to the road 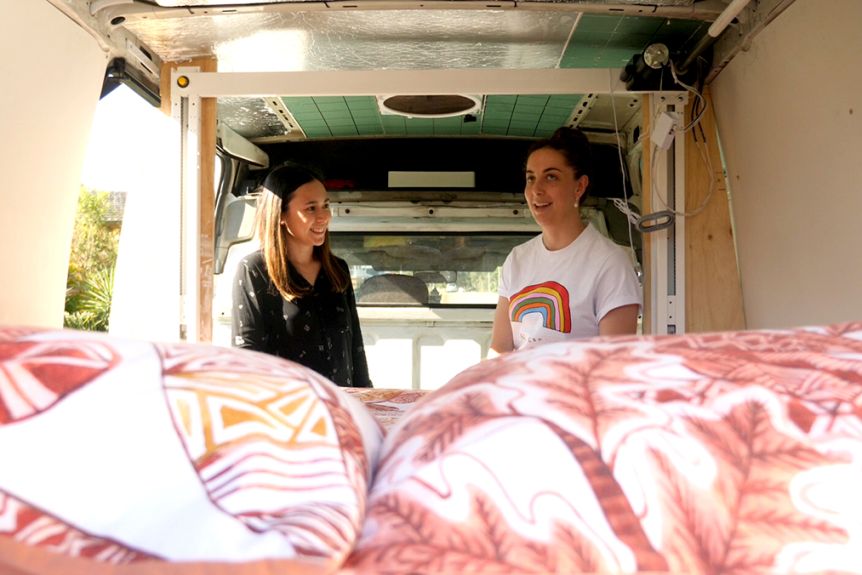 In backyards, garages and workshops, young people are using their holiday savings to do up second hand vans so they can get out and travel.

Lake Macquarie electrician and cabinet maker Cam Johnson, who operates a small business converting vans, said he had been inundated with work over the past few weeks.

“I think everyone had the same idea,” Mr Johnson said.

“They had money saved up to go overseas and since that’s no longer an option, they’re putting that money into doing up a van instead.

“It’s been pretty hectic — the number of people who drop in has just doubled and I’m actually booked out until February next year.”

Mr Johnson said he often saw young couples in their 20s walking through the door of his business, but many retirees were also interested.

“Travelling in a van is a lot more raw,” Mr Johnson said.

“Your experienced is magnified.”

Honeymooners on the road

“There’s been a lot of time staring at four walls, like everyone else,” Mr Simpson said.

“Having that ability to just get in a van, pack up, and drive off somewhere has been really nice.”

He said travelling the state had been a welcome break from being stuck at home.

‘We wanted to give it a go’

Ms Abell was set to travel to Thailand with her partner but the COVID-19 pandemic put an end to that.

Instead the pair were focussing on hitting the road once their van was complete.

“A few people we knew had a van so we wanted to give it a go,” Ms Abell said.

“We’ve even had a few friends ask if they could borrow our van.

“One friend even asked if they can borrow it for their honeymoon.”