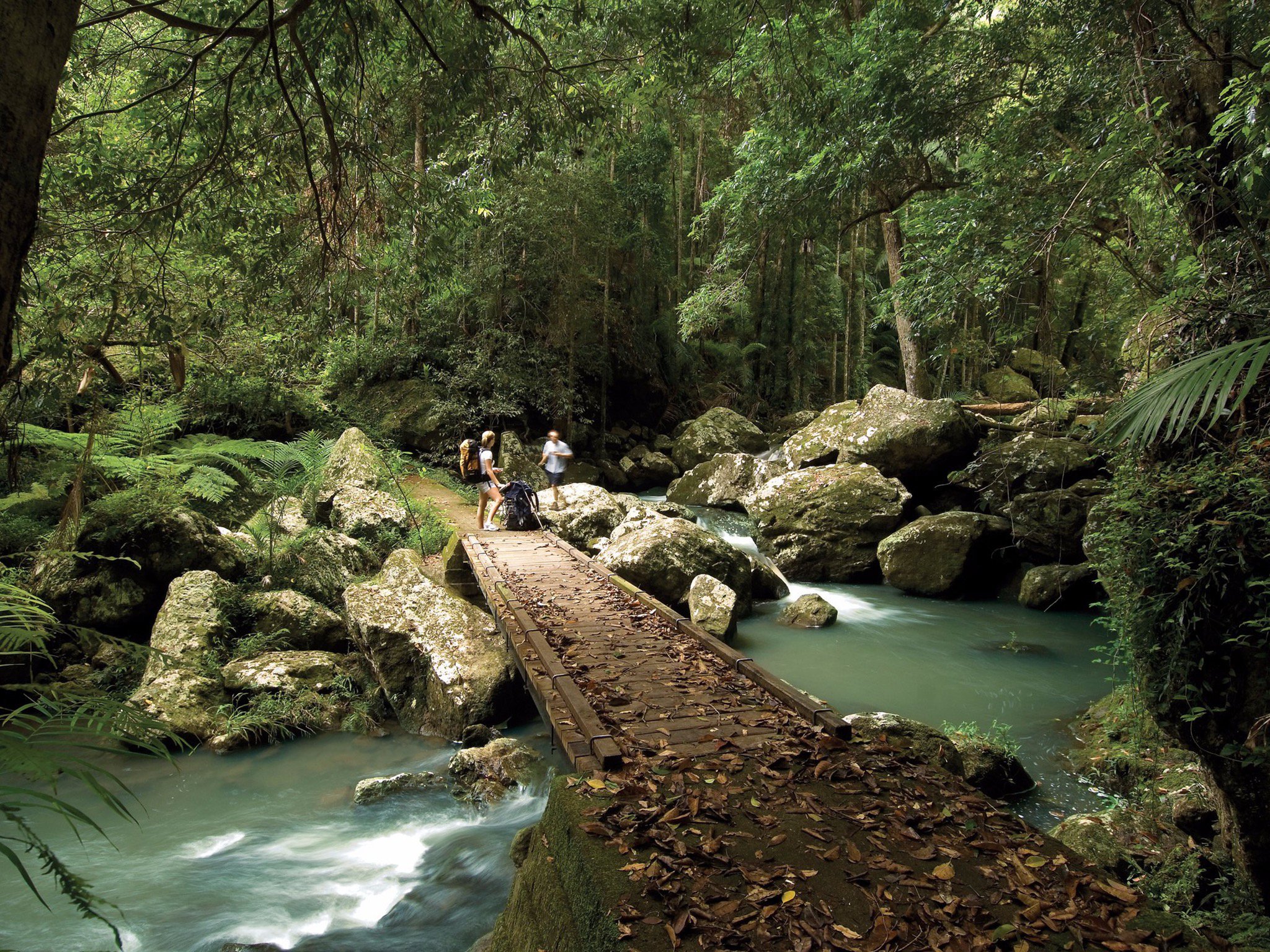 Queensland has some magnificent nature walks, The ABC has found the best walks in the state.

Related Queensland: Who will pay for services at Pinkenba quarantine facility?

It’s a region mostly known for coal, cattle and cotton, but central Queensland is also home to some of nature’s best bushwalks.

From the magnificent sandstone cliffs of Carnarvon Gorge to Yeppoon’s scenic coastal peaks, avid hiker Michael Pugh says there’s something for everyone.

“I’ve always had a love of hiking,” he says.

“Get outside and experience the wonder right on our back doorstep.”

“There’s a lot of members of our community that want to share in that outdoor experience but just haven’t had someone that can go out and show them these beautiful places,” he says.

“Since 2019, we’ve taken more than 5,000 community members across northern and central Queensland on free, social, fun and supportive outdoor walking and hiking adventures.”

Good for a climb: Peak Range

Michael’s top recommendation is Mount MacArthur, near Clermont and Dysart.

“Standing atop the rim of that volcanic dome formation there has been one of my favourite, if not my favourite hiking memory from central Queensland,” he says.

This peak is on private property, so hikers must be granted permission to climb — but Wolfang Peak, Lord’s Table Mountain and the Gemini Peaks, are accessible to the public.

“You don’t necessarily have to climb the peaks,” Michael says.

“On our last trip to Wolfang Peak, the koalas had moved in.

“There’s some beautiful bushwalking options where you can actually walk along fire trails and gazetted national parks trails around those peaks and experience those wonders for yourself.”

For a walk and swim: Blackdown Tableland

A 180-kilometre trip along the Capricorn Highway, heading west from Rockhampton, will take you to the edge of the sandstone belt.

“It’s becoming quite popular with visitors and tourists from all over the state,” Michael says.

The 4km Gudda Gumoo gorge track takes you to the base of a stunning waterfall (beware of the devious pea gravel).

Hikers are spoilt for choice at Carnarvon National Park with public access to many spectacular and culturally significant sites.

There are also camping spots which are often booked months in advance.

“There’s some absolutely pristine and stunning country down there,” Michael says.

He also recommends the Minerva Hills, near Springsure, which features several picnic areas and scenic lookouts.

Be a part of the ABC Everyday community by joining our Facebook group.

For a walk and climb: Capricorn Coast

One of Yeppoon’s most popular walks is the 2.3km Bluff Point Circuit — think panoramic coastline views and turtle spotting.

Baga, a distinct peak beside Rockhampton-Yeppoon Road, is ideal for those seeking a mix of walking and climbing.

The lush rainforests and white sandy beaches of the Byfield National Park and State Forest, north of Yeppoon, cannot be overlooked.

There’s an accessible 500-metre circuit featuring two lookouts at the top (via a car park), while those chasing a challenge can hike about five hours one way on the Zamia Walk.

The public trail is near The Caves township, north of Rockhampton.

Adventure-seekers will love Mount Larcom, the summit is 632m above sea level and generally takes about five hours to complete.

Start early and climb in the cooler months — and be sure to check the weather conditions because the top can be covered in clouds.

It’s great for all fitness levels, suitable for most ages and lovely photo spot.