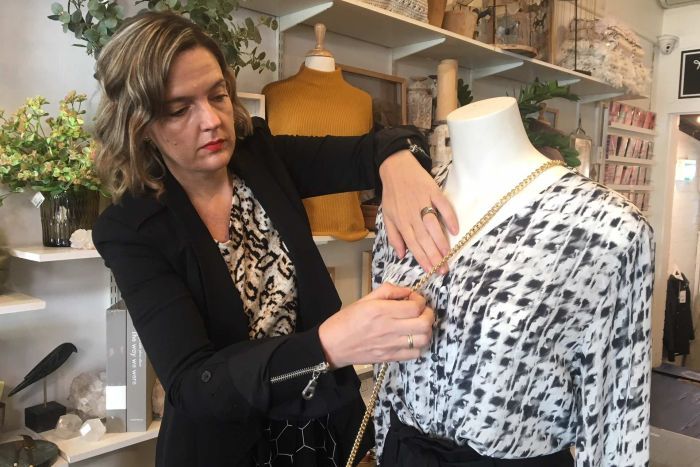 The marginal penalty rate cut was designed by the Productivity Commission to help the struggling retail sector (which facilitates the economy’s crucial household spending), and small operators are saying the cut has indeed helped.

Stagnant wages growth is one of the key reasons why Australia’s economy is slowing as the workforce increasingly struggles to keep its head above financial water.

However, many small business owners say they are also struggling, which is why they are welcoming continued cuts to Sunday penalty rates in the retail and hospitality sectors.

A case in point is homewares, gifts and fashion store Jim and Jane, at Annandale in Sydney’s trendy inner west, where double time on Sunday is now out of fashion.

“We can’t put people on because we can’t afford them.”

Workers in retail and hospitality have already had their Sunday penalties cut twice and on July 1, they will go down again. Ms Barnes is unrepentant.

“Retail is a hard game. We are now competing with online and we want to be open seven days,” she said.

In February 2017, the Fair Work Commission proposed a four-stage schedule to lower Sunday penalties in retail and hospitality by 50 per cent, with the final reduction occurring on July 1 next year.

Workers who were paid double time for Sundays in 2017 will only receive time-and-a-half in July 2020. Next week’s cut will take the Sunday loading down to 165 per cent.

So far though, thanks to annual rises in the minimum wage offsetting the penalty rate reduction, employers say they are only saving about $12 a shift.

“Are you going to open up your shop on a Sunday, that you don’t normally open, for $12?” asked Peter Strong, the CEO of the Council of Small Business Organisations of Australia.

“It really wasn’t enough change that anyone would even consider employing someone on a Sunday.”

What really irks small business, though, is that they feel they have been dudded.

They argue that while they have been paying double time on Sundays, unions have reached agreement with the big shops, such as Coles and Woolworths, for much lower penalty rates.

It is a view that gets little sympathy from the SDA, the union that represents shop assistants, which claims small business just wants to pay its workers less.

Businesses are hoping to profit from the Sunday penalty rate cut, but their workers are also ultimately their customers.

“If you have a look at the Easter period just gone, retail workers lost about $80 million because of where the penalty rates are now on Sunday, and that figure will grow after July 1,” SDA national secretary Gerard Dwyer said.

That view is rejected by businesses like Jim and Jane.

While they do not deny they want Sunday penalties to go, they say it is about staying in business, not cutting pay.

“Retail is particularly quiet at the moment,” Ms Barnes said.

“This is the best time for us to have conversations about how we can change things.”

However, the SDA said many of the worst offenders for wage underpayment are in the small business sector.

“Where is the wage theft happening? Predominantly in the small business sector,” Mr Dwyer said.

“Where is the superannuation theft happening? Predominantly in the small business sector.

While wage theft reflects badly on everybody, at Jim and Jane, Ms Barnes says she pays her staff above award rates.

She is also confident her staff understand why Sunday penalties need to go.

“If you abolished the penalty rates and instead increased the hourly rate, you would get people more interested in working,” she argued.