Operator kills dog and stabs himself in insurance ruse 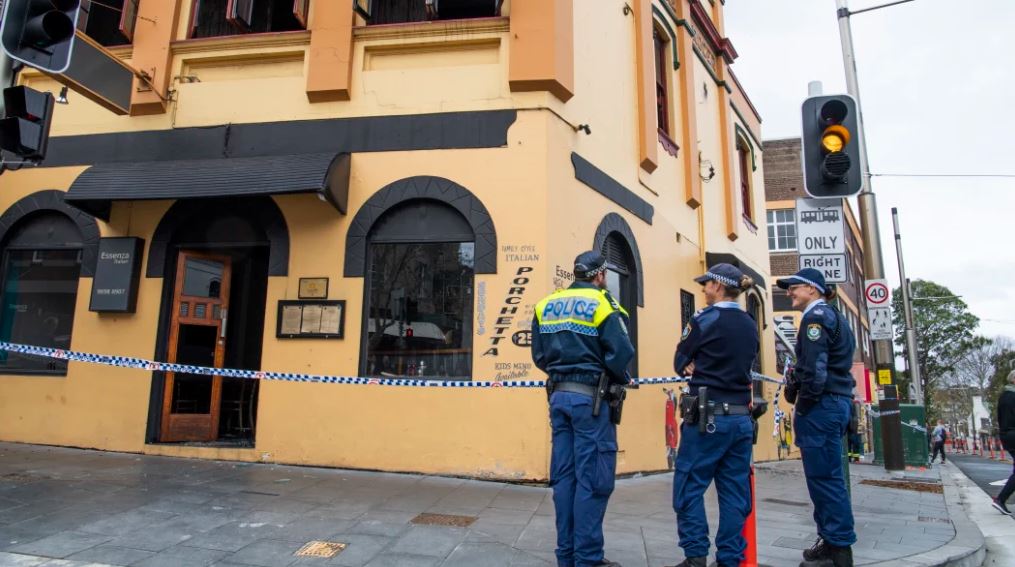 A Surry Hills restaurateur accused of torching his own establishment and killing his dog originally told police a mysterious assailant asked him, “Do you like to burn?” before he was knocked unconscious.

Angelo Ziotas, owner of Crown Street restaurant Essenza Italian, was refused bail by a magistrate on Saturday morning after police alleged the story he told them about waking to a burning building was a ruse.

The Parramatta Bail Court heard Mr Ziotas, 37, went to the bathroom window and yelled for help, with passers-by rescuing him from the burning building by gaining access to the roof at about 11am on Thursday, July 4.

According to court documents, Mr Ziotas’ Kelpie, Lexie, died of smoke inhalation as a result of the blaze. The restaurateur was then taken to hospital where he was treated for stab wounds to his back.

Police prosecutor Ernest Chan told magistrate Paul Mulroney that Mr Ziotas told investigators that he had got up at about 8am to begin work when he smelled smoke and noticed a person behind him before feeling a stabbing sensation in his back.

The court heard he claimed to have blacked out and woke to find the property on fire.

Police formed a strike force to investigate the arson and attempted murder of Mr Ziotas, determining the incident was an “elaborate fabrication” by the restaurant owner, who had stabbed himself with a kitchen knife after having committed the arson, the court heard.

Sergeant Chan said there was a large amount of CCTV footage bolstering the case against Mr Ziotas, as well as footprints, the way the fire was started, and the clothing discarded by Mr Ziotas.

He said Mr Ziotas had committed the offences for financial gain.

Earlier this month police released CCTV footage of a 175-180cm tall man, walking through the courtyard of the building and clad head-to-toe in black, in an appeal to the public for information.

Police arrested Mr Ziotas just after 9.30am on Friday and charged him with dishonestly damaging property by fire for gain, recklessly killing an animal, and falsely representing to police an event calling for investigation.

He appeared before court via audiovisual link clasped in handcuffs.

In refusing him bail, Mr Mulroney described the prosecution case against Mr Ziotas as “extremely strong” and the likelihood that he would be jailed if convicted as “nigh on inevitable”.

Mr Ziotas’s lawyer argued a curfew, and undertakings not to go within five kilometres of the Sydney CBD and own or adopt a pet would mitigate the risks of bail.

But Mr Mulroney said that if Mr Ziotas were in a position to commit an offence such as this there was a real risk he would commit others if freed.

Friends of Mr Ziotas and his wife Kate set up a Go Fund Me page under the name of ‘Essenza Surry Hills Army’ to support the couple after the incident. They had raised $7,230 as of Friday night.

The page has since been removed.

A Good Samaritan delivery driver, Ibrahim El Akkaoui, told reporters at the time of the blaze he’d heard screaming from the upper floor when he arrived at the restaurant.

He and two others braved the flames and headed upstairs before passing the injured man through a window to waiting firefighters.

Outside court a woman who described herself as a relative of Mr Ziotas said she was “devastated” by the charges against him and the death of the dog was “very sad”.

Mr Ziotas is due to appear before Central Local Court on July 30.