No answers from lawless cruise liners re death 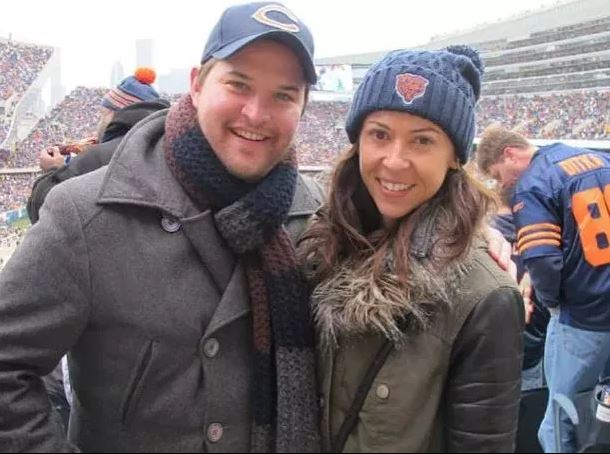 THE tycoon who died after going overboard on a Royal Caribbean cruise has been revealed as Jonathan Pfahl, the boss of top UK firm Rockstar.

Pfahl, a 37-year-old Australian entrepreneur, was with his wife, Lisa, and their two young children when he went overboard while cruising in the Virgin Islands on Wednesday morning.

His body was recovered by the crew while the Symphony of the Seas was travelling from St Kitts to St Thomas between 3am and 5am.

It is unclear how he went overboard.

A friend close to the London-based entrepreneur said he was holidaying with his wife and two young children at the time.

The friend told news.com.au: “It was his wife’s birthday family holiday.

“All we know is he went overboard early [in the] morning and the body has not been released off the ship in Miami yet. Hopefully [it will be released] Saturday.”

Through his work at Rockstar Group, Pfahl mixed with the likes of Bob Geldof, Richard Branson and Prime Minister Boris Johnson.

A statement from Royal Caribbean Cruises said: “We are deeply saddened by the tragic incident that occurred on the Symphony of the Seas en route to Saint Thomas this morning.

“Our hearts go out to the family and loved ones for their loss, and our care team is providing support and assistance during this difficult time.”

Friend and co-founder of AmeriCamp Lee McAteer said: “He was a businessman who helped so many start ups around the world.

“He helped businesses get off the ground by helping to provide loans to help get the business started. I was introduced to him in Liverpool (in the UK) and we hit it off straight away.

“I have huge respect for JP, (he) always had incredible ideas and I loved hanging out with him. I am truly shocked and saddened.

“The world has lost a brilliant, innovative and caring family man who was an inspiration to everyone around him.”

According to Royal Caribbean the cruise ship launched a rescue boat and after a full-scale search, the body of the man was recovered.

The company said it was working closely with authorities and will continue to assist in the ongoing investigation.

The US Coast Guard has said it wouldn’t investigate the incident as the ship was registered to the Bahamas, the man was not a US citizen and the death happened in international waters, the Miami Herald reported.

The ship was on a seven-day cruise through the eastern Caribbean and was due to return to Miami, Florida on Saturday. The man’s body will remain on the ship until it returns to Miami.

Royal Caribbean is one of the cruise lines that has not installed automatic man overboard systems, which use motion detectors that send an instant message to the bridge should someone go over the rails, according to Cruise Law News.

The company’s chief executive Richard Fain told Quartz last year the technology was “not yet at a viable stage.”

He said: “Like many areas of technology, the promise is often better than the actuality today … You do need technology to work. And actually work in real life, not in a laboratory and not in a sales brochure.”

Symphony of the Seas is due to return to her home port of Miami, Florida on Saturday.

In June this year a woman wearing “pink pyjamas” fell from the cruise ship the Norwegian Epic as it sailed to Palma, Majorca.

Both crew and passengers aboard the ship helped in the search in the Mediterranean Sea.

According to cruise expert Dr Ross Klein, 347 people have gone overboard from cruise ships since 2000.

The ship, which can carry 5,500 passengers, is currently the largest cruise ship in the world.

It is currently sailing a seven-day Eastern Caribbean tour from Miami, Florida.