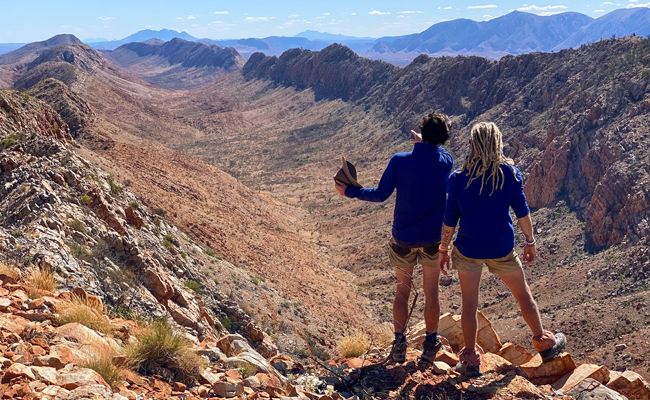 The current concern is about safety for people due to overgrown vegetation caused by the rains and restoring markers that have been washed away.

The expected full trail reopening is anticipated by April 1.

UPDATE: ALL 12 sections of the Larapinta Trail will remain closed while park rangers assess and repair damage caused by recent flooding.

A deluge in early February has left the 223km trail too dangerous for hikers, according to senior director Parks and Wildlife operations Chris Day.

Mr Day said public safety was the department’s top priority, and was optimistic the trail would be fully reopened before the end of March.

“Our biggest concern is the potential for people to become lost because of heavy vegetation growth obscuring trail markings,” he said. 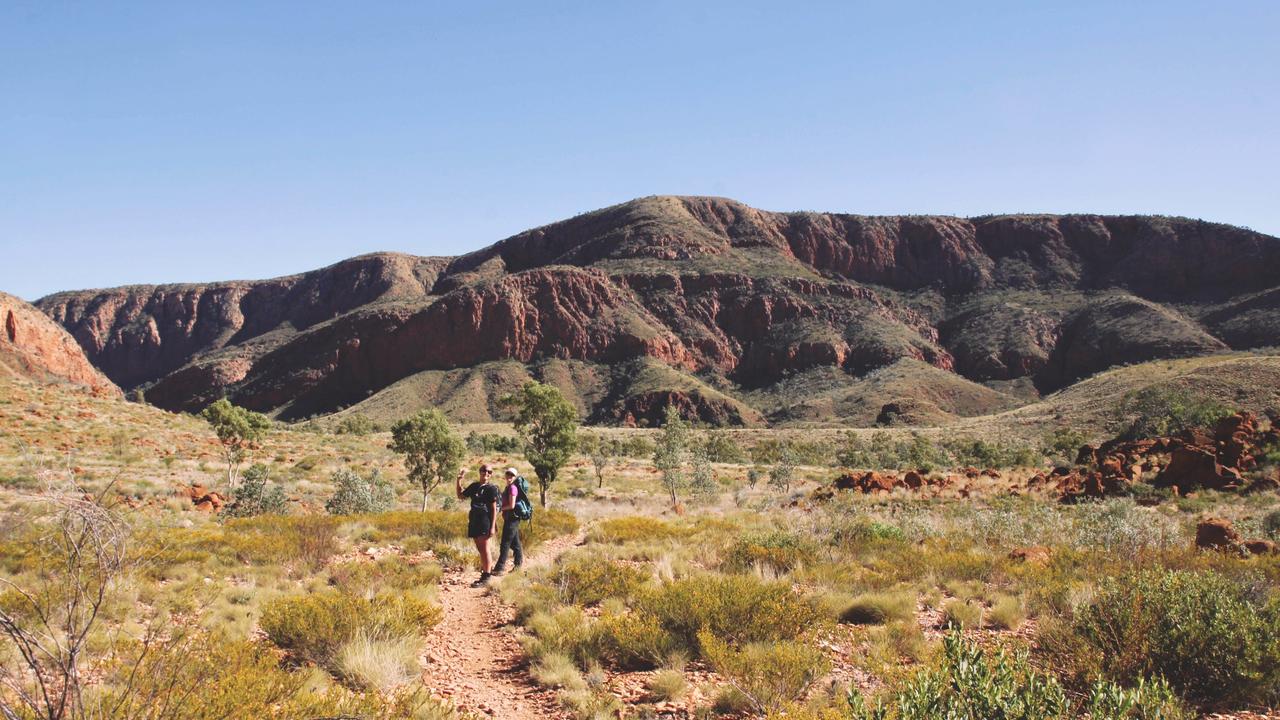 Ormiston Pound, one of the most popular walks on the 223km Larapinta Trail. Picture: Tourism NT

“Some trail markets has also been washed out in the big stream flows that have occurred so a lot of the work is putting up temporary markings, getting grass cut on, particularly on creek crossings where the trail might cross and take a different direction that’s not obvious.

“Particularly at this time of the year where the weather’s still quite warm, the risk of someone losing the trail in fairly extreme environmental conditions is a major concern.”

It comes as the Red Centre gears up for its peak tourist season, with hundreds of domestic and international hikers expected to take on the world famous track.

Mr Day said he doesn’t expect the closure to impact heavily on the tourism industry, with all commercial operators only planning to begin offering tours around mid-April.

“There may still be a lot of work that needs to be done (by this time), but it’ll be open and it’ll be safe,” he added.

Mr Day said the trail will be reopened section by section, but flagged Section 12 may be open as soon as Friday, February 25.

EARLIER: THE world famous Larapinta Trail has reportedly been closed due to extensive flood damage.

Simon Reu, the owner of camping store Lone Dingo, said the Department of Environment, Parks and Water Security had notified him of the closure of the 223km track on Thursday.

“Sections will be opened progressively with (the) full trail reopening anticipated by April 1,” Mr Reu said in a Facebook post.

“Disappointing news for locals, especially those training for the West Macs Monster, but that’s the nature of outback Australia where flood, fire and drought have a constant presence.

“Once again we wish to express our gratitude to the volunteers and parks staff working hard to get the trail open.”

It comes as the trail is due to welcome a flood of local and interstate hiking enthusiasts for the high season, between March and October.

For the first time, DEPWS has introduced an online booking system from next month, as well as a raft of other changes to better manage the 12-section walk.