Finances no picnic even in Aus’ best locations 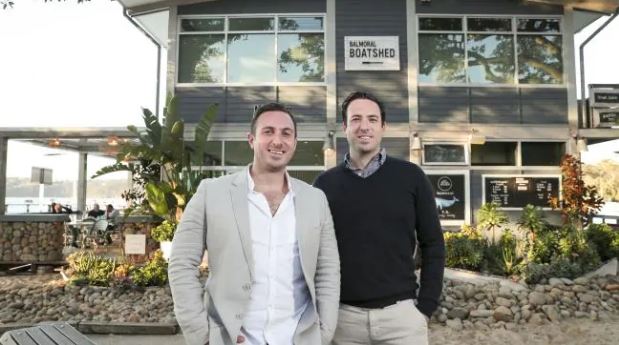 The Boathouse Group, known for its iconic Sydney locations, hasn’t secured its bottom line during its continued expansion.

Andrew Robb says his daughter Pip and her husband have paid a heavy price for a “hiccup” in their ambitious expansion of their Sydney restaurant empire, The Boathouse Group, but plan to keep growing the business.

“They overreached and there are consequences for that, even if the rest of the business is in good shape,” Mr Robb told The Weekend Australian.

Mr Robb and his wife, Maureen, own one-third of the business, after joining a consortium headed by Sydney commercial property developers Ben and Jono Isaacs to rescue the hospitality chain from financial difficulty.

The former federal trade minister has become a director of the Palm Group, which was formed to rescue the Boathouse chain, and said the other members would provide overdue capital and expertise to continue its expansion.

“We have some great new financial partners that will bring knowledge that Andrew (Goldsmith) and Pip are not versed in and that will be terrific,” Mr Robb said. “It will not be just consolidating what we have. They are interested in growth and leveraging the Boathouse brand.”

Pip Robb and Andrew Goldsmith founded the group a decade ago when they were in their 20s, opening the Boathouse at the ritzy enclave of Palm Beach an hour north of Sydney in 2008. It’s since extended to Balmoral, Manly’s Shelly Beach and Whale Beach.

But Mr Robb said it was delays and cost overruns on the remake of the Boathouse Hotel Patonga — a 20-minute ferry ride from Palm Beach — that got the group into trouble.

Mr Robb said he was extremely proud of the couple and estimated they had brought around $150 million in business to the northern beaches as well as creating thousands of direct and indirect jobs over the decade.

He revealed that he had joined as an investor in the early years of the business, buying out a previous partner, and had “taken a haircut” on his own finances in the collapse.

The founders, now in their mid-30s, have been reduced to a minority ownership interest in the group through the Robb family’s shareholding, but will continue to run its eight venues.

Speaking from the US, where he travels regularly as part of his continuing consulting business, Mr Robb said that as part of the bailout a plan had also been put in place to deal with an outstanding tax debt.

Mr Robb, who as trade minister from 2013 to 2016 delivered free-trade agreements with China, Korea and Japan, said he feared the long-term consequences of the trade war between the world’s two biggest economies.