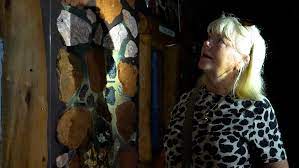 Fantasy land is making a comeback, Colleen Bubb is bringing the former tourist attraction back to life.

The former tourist attraction closed some years ago and use to feature some 4000 dolls from across the world and 2000 semi-precious Gems stones, which were placed into the walls of an underground cellar to showcase their beauty.

In 1976, Kalbarri locals Gwyn and Cliff Ross decided to try their hand at tourism in their semi-retirement years.

Mrs Ross was an avid doll collector and so opened The House of Little People to showcase what became a collection of 4,000 dolls from across the world.

So popular was the doll exhibit that it is said to have won the crown of the “best geographical collection of dolls in the world” at the Festival of Dolls in Poland in 1980.

Mr Ross was more of a rock man, so he added to the attraction by opening a gem “mine” in which he embedded 2,000 semi-precious stones into the walls of an underground cellar to showcase their beauty.

Visitors would descend down a staircase into the “mine” to wonder at gems such as tiger eye, amethyst and mookaite, as well as coal and a whole lot more, sparkling from the walls.

Together the somewhat incongruous mix of dolls, gems and other oddities, like bottles and fossils, became known as Fantasy Land.

While it would possibly be regarded as gloriously kitsch today, in its heyday Fantasy Land attracted coachloads of visitors and was a must-do Kalbarri tourism attraction.

“Dad had a passion for doing all sorts of strange things at different times,” Kerry Ross said.

“One of his favourite sayings was to bite off more than you can chew and then chew like buggery – and that’s what he did in life.”

“Busloads of people would come, they’d all get out, spend all their money, have a cup of tea and just want to talk to Gwyn and Cliff,” Christina Ross said.

Cliff Ross sourced his gems from his own travels and also bought them through gemstone-trading companies.

“He’d have 44 gallon drums full of stones like tiger eye and amethyst – all sorts of stones – he’d polish them, tumble some,” Christina Ross said.

“And the ones for the mine, he’d make sure they were shiny enough.”

When Mr and Mrs Ross sold up in their later years, Fantasy Land changed hands several times before its closure. Most of the dolls were sold, the treasures packed in boxes and the mine closed.

Over the decades the doors remained closed, dust gathered and most assumed the gem mine was long gone.

After buying the cafe, Mrs Bubb couldn’t wait to re-open the gem mine.

She spent days cleaning up years of accumulated dust and revealing the stones in their former glory.

Both Mr and Mrs Bubb admire not only the stones but the couple whose vision brought Fantasy Land to life.

“The passion that went into it, was just amazing,” Mr Bubb said.

“To think someone’s had all this time to do this and it ended up so nice.”