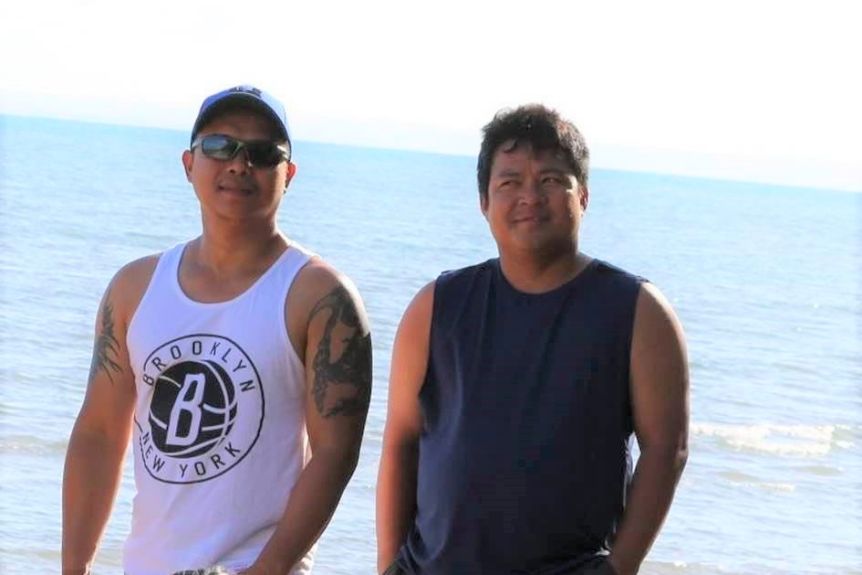 Four deaths on an idyllic Queensland beach in recent months have sparked concern from locals, who fear more lives could be lost due to its increasing popularity and remoteness.

Teewah Beach stretches over 50 kilometres from the Sunshine Coast’s Noosa North Shore to the Cooloola Coast’s Double Island Point, and is popular among campers and four-wheel drivers.

For decades the beach’s isolation and lack of phone reception has been part of its appeal, but now it has become a cause for concern following four tragedies on its shores in less than five months.

On Saturday, two fathers on a camping holiday with their families at Teewah Beach drowned after they rushed to save their children from a strong rip.

In October, a man’s body was pulled from the water near Double Island Point after he failed to return from a swim.

In August, an 18-year-old Bray Park teenager was killed when the four-wheel drive he was a passenger in rolled and he was thrown from the vehicle.

Bystanders and first responders to the fatal rollover said the teen’s friends were left clutching the 18-year-old’s body, while others paced the beach and sand dunes attempting to find phone reception so they could call for help.

Emergency services arrived hours later, after someone was eventually able to make contact.

No way to call for help

The local ice man, Rob Gough, was one of the first on scene and said it was an all too familiar ordeal, having attended several crashes and emergencies along the beach in his over two years running the business.

He said emergency numbers 000 and 112 do not work along most of the stretch due to a lack of phone coverage and the only radio repeater tower on the beach needs an upgrade, meaning even car radios were often useless in emergencies.

“I’m often pretty shaken up because I’m always there, I’m sort of the face of that beach and see all those people,” he told the ABC earlier this year.

“And I was there that day, with those boys that afternoon.

“People go there and think nothing’s going to happen — and that’s the scary part.”

Kingaroy’s Denny Jade Caballa and Dalby’s Richard Catbagan were pulled from the water after rushing to save their children who were stuck in a strong rip.

Bystanders attempted to save the pair but they died at the scene.

She said it was over an hour before the first emergency service staff member arrived, with others turning up hours later.

Surf Life Saving Queensland’s Aaron Purchase said while he did not feel the delayed response time would have impacted Saturday’s tragic outcome, there were other emergencies where it could be the difference between life and death.

“I think emergency services did the best that they could in the circumstances,” he said.

“That beach up there, it’s difficult to get communications, there’s no phone reception in a lot of areas, which then delays the response starting time from emergency services perspective.

“As soon as they’re alerted, every possible asset that was available was sent out there, including surf lifesaving resources, and they got there as quickly as they could.

“Unfortunately due to the time it takes to get up there, by the time the guys arrived there wasn’t much that they could do other than assist police and ambulance officers that were on scene and provide some support to the families where they could.

“It was too late in this case.”

Mr Purchase said visitors needed to understand the consequences of travelling to isolated an location and to always have a plan in place.

“It does make it challenging. People that are going up there really need to understand that and make sure that they have a plan in place and take steps to not need help,” he said.

“It’s also a difficult spot to access, even from a helicopter perspective, and [road teams] also have to wait for a ferry.

“So if you are going to go into an area that has no communications, it’s something that you need to think about and have a bit of a plan in place for how you do get help if you do need it.

“But it does, in those really life-threatening emergency situations, delay the process even further.”

He said emergency services often had their own communication channels that were effective to communicate, but the issue was people in need of help being able to contact them to begin with.

Know the risks, be prepared

Federal Member for Wide Bay Llew O’Brien said he was aware of the communication issues at Teewah Beach, with locals recently contacting him to share their concerns.

He said it was not a problem unique to the region, and visitors choose to travel there knowing the risks.

“The lack of density in the population of Australia finds many communities in areas with poor mobile phone coverage, that’s the reality of Australia, you’re going to have dead spots,” Mr O’Brien said.

“We’ve got parts of the Bruce Highway that don’t have adequate mobile phone service, so we’ve got to try and prioritise the most critical areas.

“I’ve been to fatal crashes where there was no phone reception on major arterial roads, roads that are getting thousands of vehicles a day, they are the priority.

“The proposition that we will have perfect mobile reception everywhere is something of an unrealistic one.”

Mr O’Brien said locals had contacted him asking to upgrade the Teewah radio repeater tower, to at least improve range and reliability for radios in the area.

“So when four-wheel drives go up the beach, they generally use the channel seven UHF and sometimes emergency services use that,” he said.

“We are looking at funding to upgrade that, but it’s a State Government responsibility.”

Mr O’Brien said visitors also needed to take responsibility for their own safety when travelling into isolated locations, and must be prepared before doing so.

“First and foremost, people need to act according to the conditions and the environment that they’re going into and they need to prepare themselves,” he said.

“Let people know where you’re going and make sure you’re aware of what communications are available.

“If you go into these areas you’ve got to explore what’s available to you and take the proper precautions and be careful.”