COVID the accidental antidote to the ‘cultural cringe’ 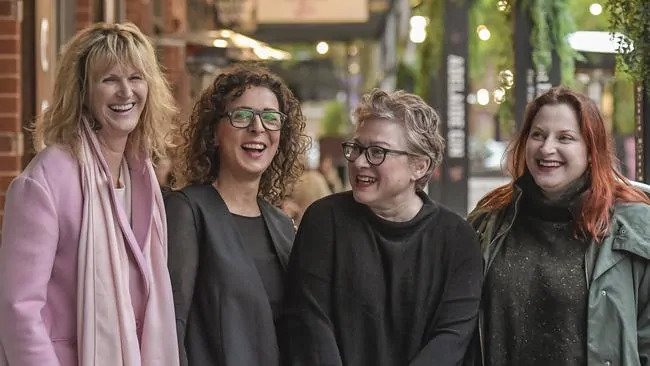 It’s been a fine line between sophistication and snobbery, but so grateful are expats for our health freedoms in Australia that our backyard is looking better and better.

Coronavirus: No place like home as expats gain freedom

From The Australian, 26th September 2020

The cultural cringe is being killed by COVID-19 as an unpreced­ented number of high-flying expatriates return from Eu­rope and the US, with many more desperate to follow and restart life away from hard overseas lockdowns.

Even Adelaide — long plagued by a brain drain — is enjoying an influx of returning expats as the city’s record in managing the pandemic lures former South Australians home.

The Weekend Australian has spoken to several returned expats and others still overseas who say Australia’s management of the pandemic, its superior health system and the growing viability of working remotely is driving their desire to leave — as has homesickness in a difficult time.

But there are fears that Australia risks wasting its chance to maximise the return of its people, with limited flight schedules and a cap on overseas returns leaving many of our brightest people stuck unhappily overseas.

Expats urging the federal government to help them return home are being backed by Committee for Adelaide chief executive Jodie Van Deventer, who said the pandemic presented Australia with “a once-in-a-lifetime chance to repatriate people of talent”.

“We have seen so many people leave over the years, especially from SA, and we will never have a chance like this again because they are all mad keen to get home and bring their talents with them,” she said.

For the past 13 years, Saatchi & Saatchi advertising executive Bill Muirhead has also served as the state’s agent-general in London and has an extensive contact book of Aussie high-flyers in the UK and Europe.

He said his office had never fielded the current level of inquiries from expats about returning.

“As we are speaking, Boris Johnson is talking about plunging London into a renewed lockdown, while back in Adelaide you are living in paradise,” Mr Muirhead told The Weekend Australian. “I have never had so many South Australians on the phone saying they want to go back.

“It started when the virus really kicked off in Europe in March and since then has become quite a big movement.

“One of our greatest exports has been our people and this is a huge chance to get them back.

“They’re in finance, they’re in law, they’ve in the creative industries, they’re in IT and advertising … it’s across the board.

“We’re getting one inquiry a day now; it’s a record number of people trying to go back.”

This list includes Serafina Maiorano, the former chief executive of expat networking group Advance, who spent the past 12 of her 16 years in New York — the last three months confined to an apartment with her husband and seven-year-old daughter.

Ms Maiorano managed to return to Australian in June, and after a fortnight in hotel quarantine in Sydney, returned to Adelaide for two weeks of self-isolation — and freedom.

She is now part of a network of returned female expat executives called Parked in Adelaide. Other members include former London-based artist Gill Hicks, who still works on deradicalisation strategies inspired by her experience in the 2005 London terror attacks, Netherlands-based senior fellow with Oxford University Ariella Helfgott and former India-based entrepreneur Fiona Caulfield.

They meet fortnightly at Adelaide’s East End Cellars to share tales of their adjustment to returning home and to swap ideas on new projects they are pursuing.

“When we were in New York, they announced that schools in their autumn were only going to reopen two days a week and, at that point we just thought, ‘There’s another way of living, let’s get out of here’,” Ms Maiorano said.

“There are so many benefits being back here in Adelaide. You can work across time zones, you can work remotely, but in Adelaide you can do it in a place that’s got great quality of life.”

The brains behind Parked in Adelaide is psychologist Pam Ryan, who previously split her time between SA and Austin, Texas.

She returned to Adelaide before Christmas for her sister’s birthday and was supposed to head back on February 22 — but became jittery watching the pandemic spread.

“I’m likely to stay for a very long while,” Dr Ryan said.

“With Adelaide being one of the best places on the planet to be right now and as the US election looms, along with the escalating likelihood of widespread civil unrest, Australia is looking more and more like a safe haven.”