Coffee and a mental health check-in with empath 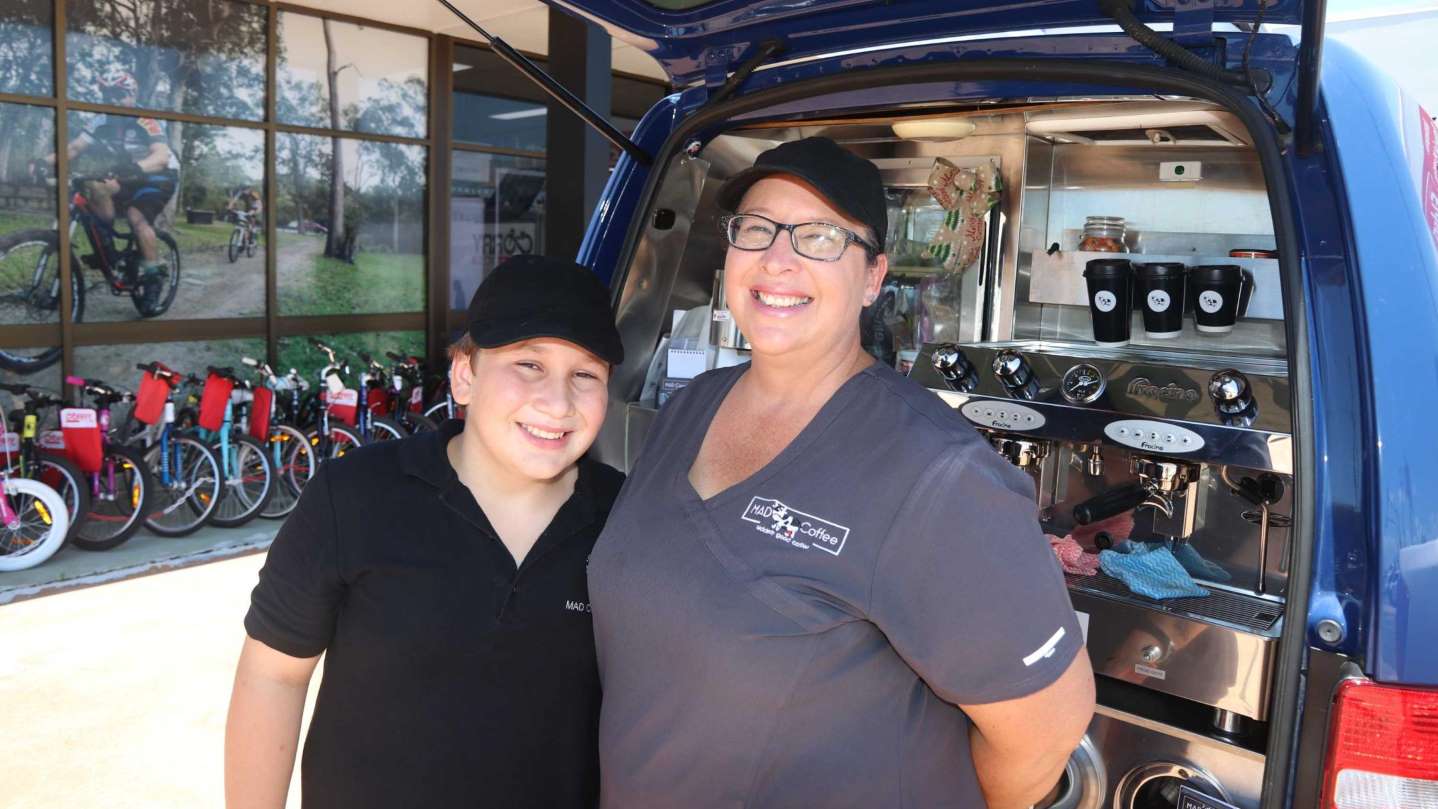 The heartbreaking story of this coffee operator’s son’s suicide was featured on 7.30 on 5th January 2020.

Mental health difficulties are widely acknowledged to be enhanced in regional areas, largely because  people can have more difficulty finding their ‘tribe’.

Mental health is almost too-broad a term to be useful, since you may theoretically be doing your dream job in perfect conditions – the inner monologue, usually subconscious, works quite separately for a lot of people, especially highly-driven people.

We can all get caught up going along the wrong path – please take as much time out to think, and to do what you enjoy if there is any risk of you going too far down a path that you can’t return from.

Today marks a hard milestone Sonya Oliver-Scoble — two years ago today was the last time she hugged her son.

“It wasn’t a sudden life lost to suicide; Aiden did have a couple of attempts.

“I often liken it to trying to hold running water.

“After we lost him we found we really needed to connect to other people who could understand what we were going through.”

But Ms Oliver-Scoble said finding people to talk to was more difficult than it seemed.

She said there were formal services but no one to just sit and have a chat with so they decided to fill that gap with a coffee cart.

Coffee and a friendly chat

They wanted to provide a space for people to chat with someone who knew the struggle of mental illness.

“After months of not being able function we pulled ourselves together and thought, ‘What can we do?’ So we started the coffee van as a legacy to Aiden,” Ms Oliver-Scoble said.

“He was a bit of a coffee buff. Sometimes I think he’d look down on me and say, ‘What are you doing!?’.

“We wanted to be able to connect with others, be someone to have a chat to, so that’s what we do and that’s why we started the business. One cup of coffee at a time.

“The only way to encourage other people to talk is to be very open, it’s all about having that awareness.”

Learning to care for yourself

Ms Oliver-Scoble learnt that she needed to care for herself as much as she cared for others.

“I actually, at one point last year, had considered taking my own life,” she said.

“Because I hadn’t stopped for five minutes to take some self-care.

“I can’t help anyone else if my cup’s not full.”

Helping people navigate away from wanting suicide has still been a part of life for Ms Oliver-Scoble, who recently had a touching exchange with a young girl who was struggling.

“So we were there singing at the top of our lungs Wilson Phillips’s Hold On.”

The young girl asked if the song choice was because of the message, which Ms Oliver-Scoble said it was.

“‘Now that’s going to be your mantra, so every time you’re having a bad day you’re going to sing that in your head’,” she told the girl.

“Tomorrow is another day, today might not have been a good one, let’s just hold on for tomorrow.”