Arnotts being flipped by private equity for $3.1b 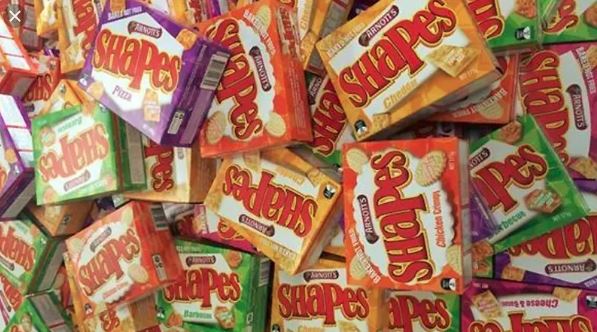 A giant private equity firm, known for one of the biggest snackfood sales in history, is behind the sale of some of Australia’s most iconic brands.

Arnott’s changes hands again, but stays out of Australian ones

Arnott’s biscuits, those staples of Australian cupboards, lunchboxes and tea trollies, have been passed on again — but not back into Australian hands.

The giant US Campbell’s soup company has agreed to sell Arnott’s to the voracious US private equity firm, Kohlberg Kravis Roberts, according to a report in the Australian Financial Review.

The AFR said the sale price was understood to be $US2.2 billion ($A3.1 billion) and involved the entire Campbell’s International division, including Campbell’s soup sold in Australia.

Arnott’s can trace its heritage back 172 years to the arrival of a Scottish baker William Arnott who set up shop in the Maitland area before relocating to Hunter Street in Newcastle.

The development of the Milk Arrowroot biscuit in 1882 saw Arnott’s crack the Sydney market and the company become a national brand.

The company’s portfolio includes the likes of Tim Tams (first baked in 1963), Shapes and the grab-bag Classic Assorted.

Arnott’s formed a strategic alliance with Campbell’s in the 1970 to battle other big US food conglomerates, such as Nabisco, which were taking a sizable bite out of the market.

Campbell’s took full control in 1997 after tough economic conditions and an extortion plot undermined the company.

The sale to KKR was flagged last year as part of Campbell’s plan to sell its entire international operations of which Arnott’s is the single biggest money spinner, accounting for around three-quarters of Campbell’s $1.4 billion in offshore sales.

KKR has form, and a degree of notoriety, in the biscuit game, having organised a debt-fuelled buyout of Nabisco in 1988 for $44 billion, which was the largest leveraged buyout at the time.

It made its owners tens, if not hundreds, of millions of dollars in profits and gave private equity a broader public profile through the book and movie Barbarians at the Gate: The Fall of RJR Nabisco.

KKR’s highest-profile Australian deal was the 2006 partnership with Kerry Stokes to take over the Seven Network, a venture it would sell out of seven years later at a loss.

KKR is not known as a long-term holder of assets, which could see Arnott’s return again to Australian hands down the track in much the same way Vegemite was extracted from Mondelez by Bega Cheese two years ago.

King & Wood Mallesons (KWM) has seen through Campbell Soup’s ownership of Arnott’s, having advised the food giant in its divestment of the Tim Tams maker to a private-equity firm.

KKR & Co has agreed to buy Australia’s largest biscuit maker and certain parts of Campbell’s international operations. Several reports say that the investor is paying US$2.2bn or about $3.14bn for the acquisition.

KWM told Australasian Lawyer that it acted on Campbell Soup’s initial takeover of Arnott’s way back in 1993, with now partner David Friedlander, who also worked on this most recent deal, advising on the initial transaction.

The Sino-Australian giant said that the deal was inked last week after a competitive sale process that lasted nearly a year.