When the pacific reopens to international travel 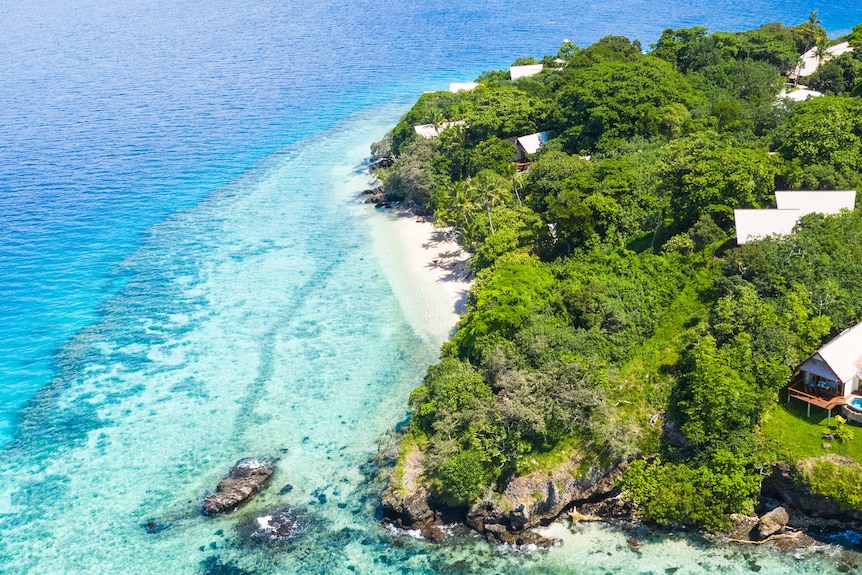 The world is slowly reopening following the covid pandemic, here are the details on the pacific islands,

While Fiji prepares to welcome Australian tourists back to its beaches for Christmas, other Pacific countries aren’t rushing to follow suit.

The announcement last week that Fiji would start accepting international visitors from December saw a flurry of holiday bookings to the tropical destination.

Sydney resident Andrew Aston said planning a Christmas trip to Fiji with his partner Zac felt like a relief after months in lockdown.

“We’ve booked the flights, the accommodation and our experiences. So yeah, we’re all set to go,” Mr Aston said.

The couple is looking forward to snorkelling, zip-lining, relaxing on the beach and exploring Fiji’s food markets.

When deciding where to travel, Mr Aston said he chose Fiji because of its proximity to Australia, low COVID-19 case numbers and high rates of vaccination.

More than 80 per cent of people in Fiji have been fully vaccinated, triggering the government’s decision to reopen.

It’s cause for celebration in the country’s tourism sector, which accounted for about 40 per cent of the country’s GDP before the pandemic.

“I’ve got a strong feeling that there’ll be a lot of Aussies going over because it is a safe place to travel and it’s quite close to home,” Mr Aston said.

Dr Regina Scheyvens, an expert in tourism and sustainable development at Massey University, said the strong response to Fiji’s reopening showed Australians were itching to travel to the Pacific.

“The idea of an escape is what people are after — a bit of luxury, a bit of leisure, some time in the sunshine, some time to relax. Absolutely, there’s going to be huge demand,” Dr Scheyvens said.

Qantas will also begin flights to New Caledonia from January 1, although the island is currently in lockdown due to a COVID-19 outbreak.

But other Pacific countries are taking a more cautious approach to reopening.

“I think there’s definitely enthusiasm from a number of Pacific governments to get their economies boosted again,” Dr Scheyvens said.

“But they’ve done a very good job, in many cases, of protecting their own populations … so for them, they don’t want to risk their populations’ health.”

Vanuatu, a popular destination for Australians, has fully vaccinated just 17 per cent of its citizens.

The country has recorded just four cases and one death, and has been COVID-free for almost six months.

Cruise companies have started taking bookings to Vanuatu in May, but the country’s director of public health, Len Tarivonda, said it was unlikely ships would be let in.

He said a more likely date for reopening to international tourists was July next year.

“If the virus were to get a foothold in Vanuatu, the implications for that would be … quite serious,” Mr Tarivonda said.

“Obviously, our health system here in Vanuatu is not as strong as perhaps in New Caledonia, in Fiji.

New Zealand likely to be prioritised for Samoa travel

In Samoa, vaccination rates are much higher, with about 60 per cent of adults fully vaccinated and more than 90 per cent having had one dose.

Still, the Samoan government is holding off on any announcements about borders.

Samoa Tourism Authority CEO Fa’amatuainu Lenata’i Suifua said once 90 per cent of its eligible population had been fully vaccinated, the country would be ready to “start discussions” about international travel.

“We need to actually ensure that the population is well protected,” Fa’amatuainu said.

In the meantime, Samoa’s tourism industry is busy preparing to reopen and the government has already launched a COVID-19 tracing app that is expected to be mandatory for visitors.

But when the country does open, Australians are unlikely to be first in line to travel there — with New Zealand tipped to take priority. Samoa puts in place a nationwide lockdown for a massive door-to-door COVID-19 vaccination campaign, like it did two years ago during a deadly measles outbreak.

“We have a really high number of Samoans living in New Zealand … all of them will be wanting to come home,” Fa’amatuainu said.

Dr Scheyvens said tourism-reliant countries would take an economic hit by delaying to reopen, but she expects strong demand when they do start accepting visitors.

“What countries like Vanuatu and Samoa know is that the tourists are very loyal,” she said.

“They often get repeat visitors because people enjoy their experiences so much.”

Dr Scheyvens said it was important to balance health risks against the economic imperative to reinstate international travel.

A decision to allow quarantine-free international travel to Tahiti in July 2020 saw the country suffer a large COVID-19 outbreak, causing the government to close its borders again in February 2021.

French Polynesia has once again reopened its borders, but Dr Scheyvens said the outbreak had taken a big toll, with more than 600 recorded deaths.

“It’s a very tricky situation that countries have found themselves in because a lot of their economies have been quite devastated,” she said.

“It is really important that countries assess those risks.

“And that’s what I believe they’re doing and why a lot of other countries in the Pacific have taken a bit longer to want to open the borders.”