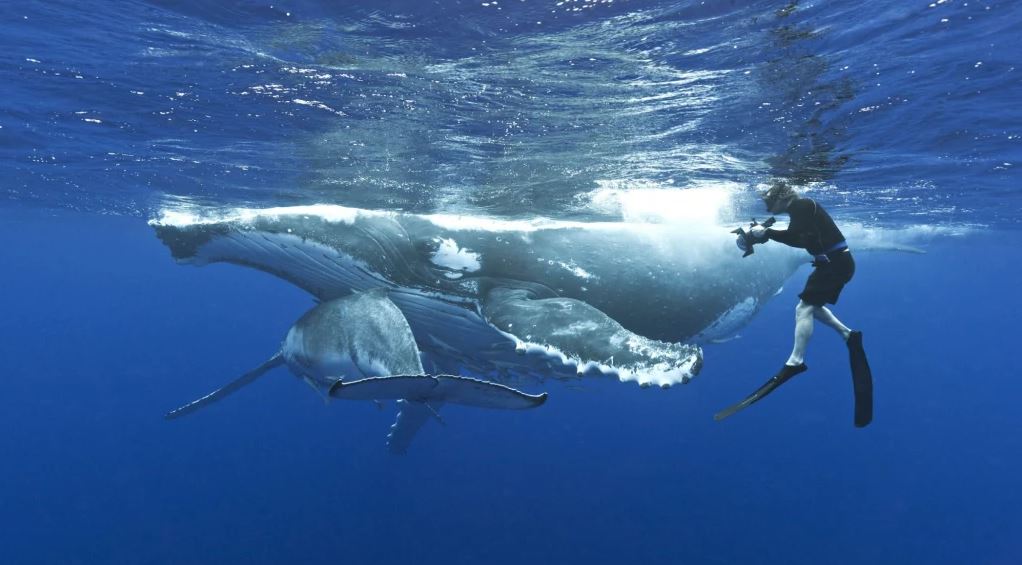 A woman has been flown to Royal Perth Hospital after being injured while swimming with humpback whales in Exmouth on Western Australia’s north-west coast on Saturday.

The 29-year-old was swimming with the giant mammals on a boat charter when the freak accident occurred.

She was flown by the Royal Flying Doctor Service from the popular tourist spot to Perth early on Sunday morning and remained in hospital in a serious but stable condition on Monday.

She reportedly has fractured ribs and internal bleeding.

The humpback whale swimming encounters in the Ningaloo Marine Park are scheduled to become a permanent licensed industry in 2021 at the completion of a five-year trial that is being monitored by the Department of Biodiversity, Conservation and Attractions.

A select group of tour operators are authorised to offer the experience, with groups in the water limited to nine at a time.

According to a draft management program report released by the department in January, swimmers must not approach within 30 metres of a whale.

“If an in-water humpback whale interaction swimmer is approached by a whale to within the 30-metre limit, that swimmer shall take all reasonable steps to avoid contact with the whale and maintain a separation distance of no less than 15 metres by back-paddling or swimming away from or to the side of the whale,” it read.

The regulations also require swimmers to enter the water at least 75 metres away from a whale.

There is also a protection zone in place for mother and calf whales which bans interactions if there is a whale in the group that is less than half the size of the other whales.